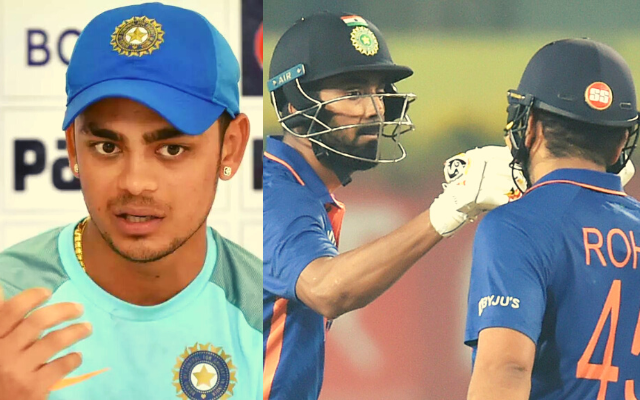 At the Arun Jaitley Stadium in Delhi on Thursday, India’s maiden and opening Twenty20 International match versus South Africa resulted in a crushing defeat for them by a score of seven wickets. Rishabh Pant, the new stand-in captain, was unable to win the coin toss and thus had to bat first. Ishan Kishan contributed 76 runs to India’s large total of 211/4, which they achieved in 20 overs, while Pant and Hardik Pandya were responsible for some explosive closing tasks. But Rassie van der Dussen and David Miller, two middle-order batsmen for the Proteas, struck superb fifties to win the match with five balls left.

Ishan’s massive fifty as he was opening the batting for India was one of the few bright spots in an otherwise disappointing game for India. The Jharkhand wicketkeeper-batter, who is 23 years old, has previously participated in 10 Twenty20 international matches, but his strike rate has been maintained at around 120 the whole time. He got 400 + runs in this season’s IPL competition but was critiqued for his below-average strike rate. Ishan’s first performance on Thursday night, in which he scored 76 off only 48 balls, provided a response to the objections raised about his low strike rate.

I shall offer my best anytime I have my chance: Ishan Kishan

Ishan will most likely start in the next four matches as well, giving him plenty of opportunities to demonstrate his value now that both Rohit Sharma and KL Rahul are unable to participate in the series. What steps should be taken, however, after Rohit and Rahul have returned? Ishan will once again be warming the bench for India at the 2022 World Cup, while Rohit and Rahul will almost certainly open the batting for India. Ishan gave the impression of composure when he was questioned about this matter at the post-game press conference, and he said that he was content to take a step back.

“I believe they (Rohit Sharma and KL Rahul) are world-class players and I won’t ask for my spot while they are present in the squad. Therefore, it is up to me to perform to the best of my ability throughout the practice session. Whenever I get the chance, it is incumbent upon me to either demonstrate my worth or perform well for the team. Therefore, I concentrate more than that on my process about the things that I need to accomplish here,” Ishan said.

Ishan Kishan made the following statement in a press conference after the match: “Yeah, I’ll keep doing my thing. It’s up to selectors or other coaches, whatever they believe. Nevertheless, my job is to you know, simply whenever I get my opportunity, I will do my best.”

Who can replace KL Rahul in India’s squad?
‘What Justification Do You Have For That?’- Rashid Latif Questions One Team Selection Decision Of Babar Azam