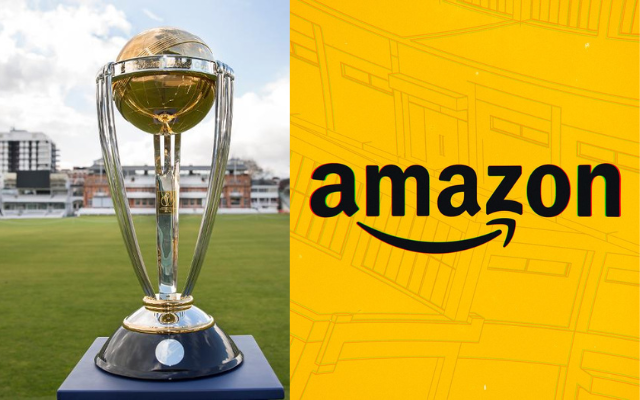 There are already many grounds for a dispute between the Indian broadcasters and the International Cricket Council (ICC) about the sale of media rights, and now there is a new contentious issue that has arisen, which has the potential to drive a further wedge between the two organizations.

Indian media outlets are in a state of bewilderment due to Indra Nooyi’s participation on the Amazon Board of Directors. Nooyi is an independent director of the International Cricket Council. This is due to the fact that Amazon is competing with other parties for the broadcast rights to the ICC matches.

Because Nooyi’s reputation is flawless and because she has served as a director of Amazon since 2019, it is believed that she would recuse herself from the process of awarding media rights.

But the Indian broadcasters, who have been at odds with the ICC on numerous articles of the media rights bidding, allege that they were not made aware of Nooyi’s voluntary non-participation in the tender process.

Nooyi, who served as the CEO of PepsiCo in the past and is now 66 years old, has been an independent director of the ICC since 2018.

Will Amazon get the ICC Broadcasting rights?

Nooyi is a member of the ICC Board, which is the governing body’s highest decision-making authority and is comprised of 17 individuals.

As a result, Amazon has been making significant moves to expand its presence in the sports broadcasting industry on a worldwide scale, and industry analysts anticipate that the company will be one of the leading candidates for the digital rights to the ICC cycle that runs from 2024 to 2031. Earlier, the American e-commerce giant withdrew from the process of bidding for the rights to the Indian Premier League (IPL), purportedly with an eye on the rights of the International Cricket Council (ICC).

Cricbuzz has stated that Indian broadcasters have been voicing several concerns with the International Cricket Council (ICC) over the media rights tender, and they have even hinted at the possibility of boycotting the process. In a letter to the International Cricket Council (ICC), the four most prominent media companies—Sony, Star, Viacom, and Zee—raised a great number of concerns about the procedure.

Pogo is strong contender for the psl rights

So this is why Sony, Star,Zee are boycotting mock auction because Indra Nooyi is involved both in ICC and Amazon.

Then expect the likes of Pankaj Tripathi in Mirzapur role to promote World cup like dekho nahi to thok denge..

ICC should boycott these companies altogether.. they think they can have monopoly

let them boycott.. DD sports will buy the rights 😎