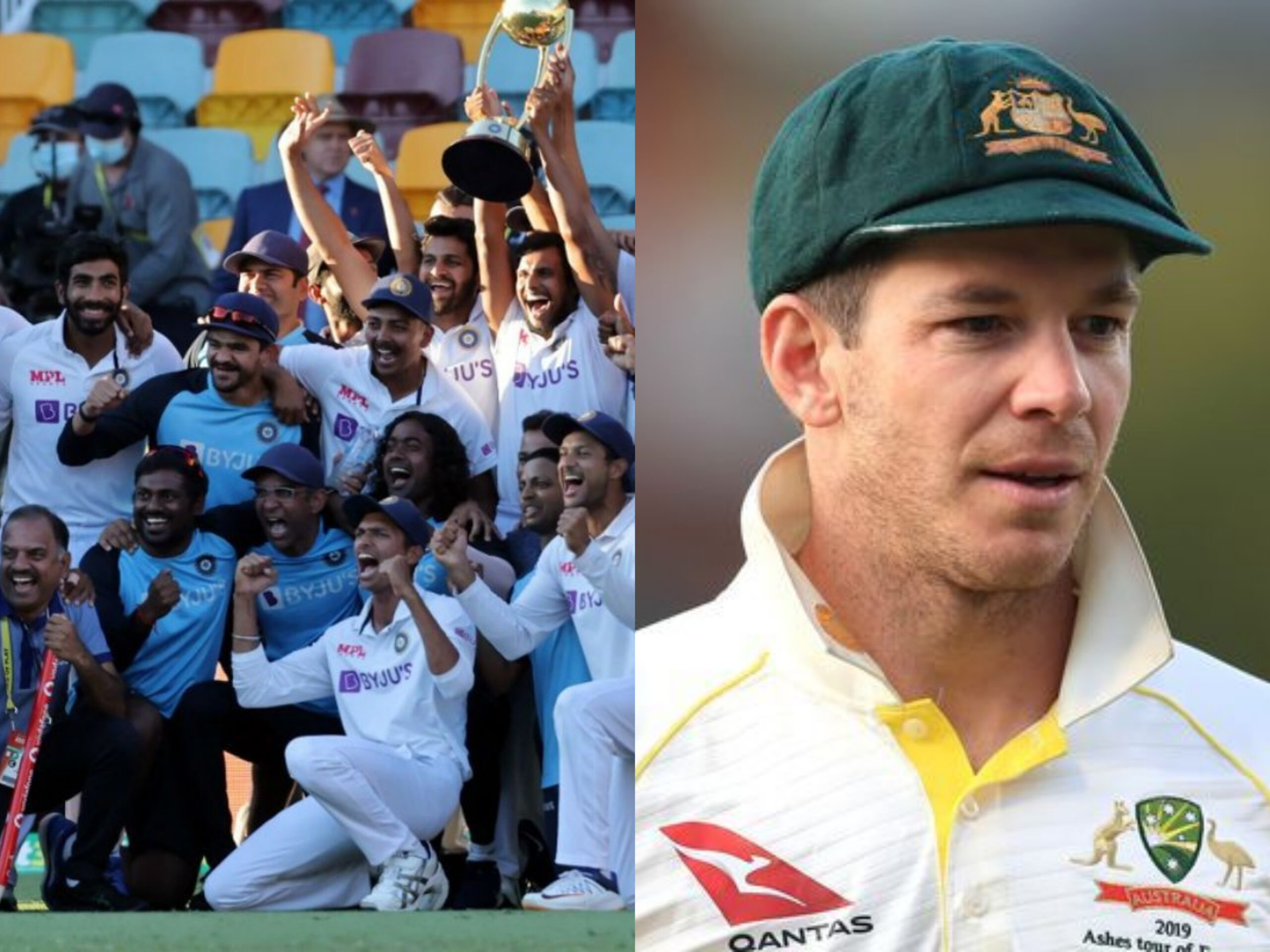 Former Australian captain, Tim Paine, has criticised a group of India players in an incident involving a breach of the COVID security protocols. During India’s tour of Australia in 2020-21, a fan had uploaded a video to social media which showed five members of the squad eating at a restaurant in Melbourne. All players and staff were bound to the bio-bubble, and it created a stir as it alleged quite a serious breach.

Current all-format skipper Rohit Sharma, Rishabh Pant, Shubman Gill, Prithvi Shaw and Navdeep Saini were the players seen in the video. The video showed the players and the fan sharing a meal, and he also claimed to have paid their restaurant bill. Once the incident blew up, he backtracked and assured that the five had maintained appropriate distance.

Tim Paine, who was disgraced and ousted from the Australian unit last year involving a sex scandal with a co-worker, was featured in a docuseries where he expressed disgust at the ‘selfish’ behaviour that put the series at risk.

“I mean those 4-5 guys put the whole Test series at risk. For what? For a bowl of Nando’s, chips or wherever they went, like I just find that pretty selfish to be honest,” Paine remarked.

Pat Cummins, who succeeded Paine as Australia’s Test captain, spoke along the same lines. He said, “It did annoy quite a few of the boys. Especially the ones who had to spend a Christmas without their families. That was sacrificing quite a bit to be there on that tour to hear that the other team were flouting the rules and not taking it as seriously,” Cummins said.

The BCCI denied that there was any violation of the rules. When the Australian media reported the incident, they claimed the board was investigating the incident but it didn’t turn out to be the case. Stand-in skipper Ajinkya Rahane claimed that the players weren’t eating at the restaurant, but were simply waiting for their food to be packed so they could leave.

“The players who appeared in the pictures were actually waiting for their takeaway order. Due to bad weather, they had to wait inside. The story that appeared in the news was really wrong,” Rahane said.

According to the bio-security protocols provided by Cricket Australia at the time, players were not only barred from indoor restaurants but were also not allowed to use public transport.