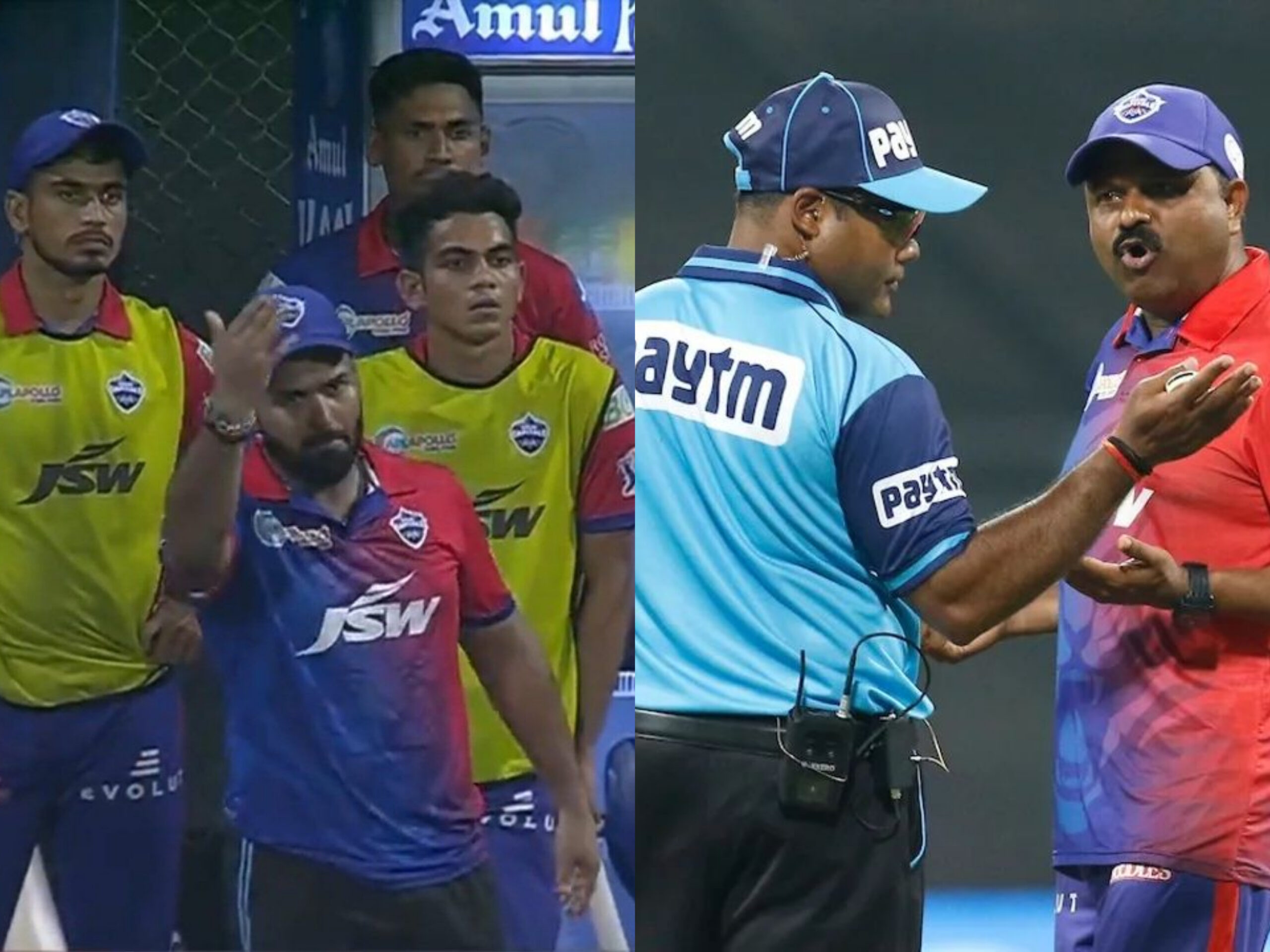 Delhi Capitals skipper Rishabh Pant was disappointed with the no-ball decision that went against against his team in their game against Rajasthan Royals on Friday. RR eventually won by 15 runs, despite Rovman Powell’s late cameo of 36 off 15 balls. DC needed 36 runs off the last over, bowled by Obed McCoy and Powell hit three sixes off the first three balls, the third one off a high full toss.

The ball looked to be waist high but Powell was crouching and had stepped out of his crease, while the ball did dip. The on-field umpire Nitin Menon ruled it to be a fair delivery, but the Capitals camp vehemently disagreed. Pant was seen beckoning to his batters to stop play and return to the dugout in protest, and was visibly calmed down by assistant coach Shane Watson. Powell and the non-striker Kuldeep remained on the field, but were seen questioning the umpire as well. Meanwhile, Pant sent Pravin Amre, another of the Capitals’ assistant coaches on to pitch to apparently request that the decision at least be reviewed.

“I think they were bowling well throughout the game but in the end, Powell gave us a chance. I thought the no ball could have been precious for us. I thought we could have checked that no ball, but it’s not in my control,” Pant said at his post-match briefing. He admitted to being ‘frustrated’ because they believed the delivery was clearly illegal, and that the third-umpire did not overturn the on-field decision.

“Yes, disappointed, but can’t do much about it. Everyone was frustrated because it was not even close, so I thought it was only a no ball. Everyone in the ground saw that. I think third umpire should have intervened in between and said it was a no ball, but I can’t change the rule myself I guess.”

Rishabh Pant admits that both sides were at fault

Pravin Amre approaching the pitch was reminiscent of MS Dhoni’s similar behaviour during a CSK game in 2019, incidentally also in the final over against Rajasthan Royals. Dhoni was seen storming on to the pitch to contest a high full-toss bowled by Ben Stokes with three deliveries to go, and CSK still requiring 8 runs. Dhoni apologised immediately after and accepted his sanctions. Pant also accepted that he weas in the wrong, but maintained that his actions were justified by what he believed was an unjust call.

“Obviously it wasn’t right, but what happened with us was also not right. It was just the heat of the moment, can’t do much about it. I think it was the fault of both of the sides, not even only for us because throughout the tournament we have seen some good umpiring. I thought we could have done pretty well from there I guess. It hurts more when you go so close, especially to a match when the other team has scored 220 runs, but I feel we could have bowled a little better. It’s part and parcel of the game. I can only tell them to have their chin up and prepare for the next one right now.”