“This guy talks as if he already has been handed over captaincy until 2024 World Cup”, Twitter reacts as Hardik Pandya said his job is to create a culture where the player can play without fear 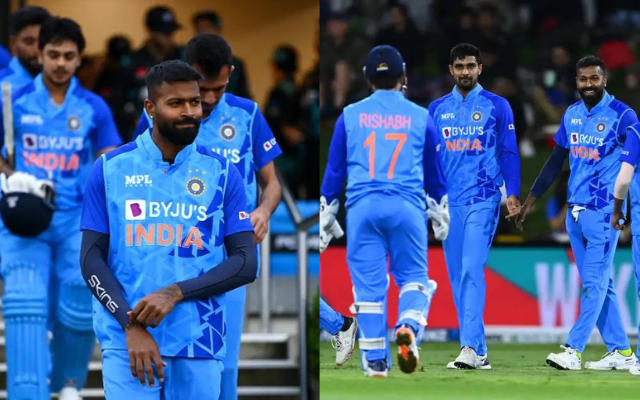 Hardik Pandya was named as the acting captain for the three-match T20I series against the New Zealand national cricket team. The all-rounder skippered the team ever so well in the series as India clinched the T20I assignment by 1-0.

The first game between the two teams was abandoned without a ball being bowled due to rain in Wellington. However, the second game went properly as per the schedule as India got the better of the Black Caps by 65 runs at Bay Oval.

With that impressive win, India took the lead in the series and the third and final T20I saw an interruption of rain during India’s chase in Napier. However, India didn’t have to worry too much as their score was level on par score.

Meanwhile, all-rounder Hardik Pandya said that he wants to instill philosophy in his players. Speaking on the same lines, he said his job is to create a culture where the player can play the game without fear in mind.

Hardik Pandya also added that his player should not be blamed for failing. He expects that the culture will bring a change in the mindset of the Indian players, which might as well trigger the new success formula or the template going forward into futuristic events.

Meanwhile, Hardik Pandya has been rested for the ODI series against New Zealand. He is also not named in the Test or ODI squad against Bangladesh.

This guy talks as if he already has been handed over captaincy until 2024 World Cup. Let’s see what happens in #IPL2023 https://t.co/DmVJWDpSq9

1st let everyone play with a fair amount of chances equally , then we can discuss "failure" https://t.co/qXcseqAGuJ

Would fail to qualify for semis in 2024 lol https://t.co/w0taPv2zEo

Hardik said some interesting thing but this is something I disagree with; Players will be blamed for their failures in crucial matches (like knockouts).

That fear is good, it has to be there. https://t.co/5zfcX2ClUm