“This is Virat Kohli’s best T20I knock in a while”, Twitter heaps praises on Virat Kohli for match-winning knock 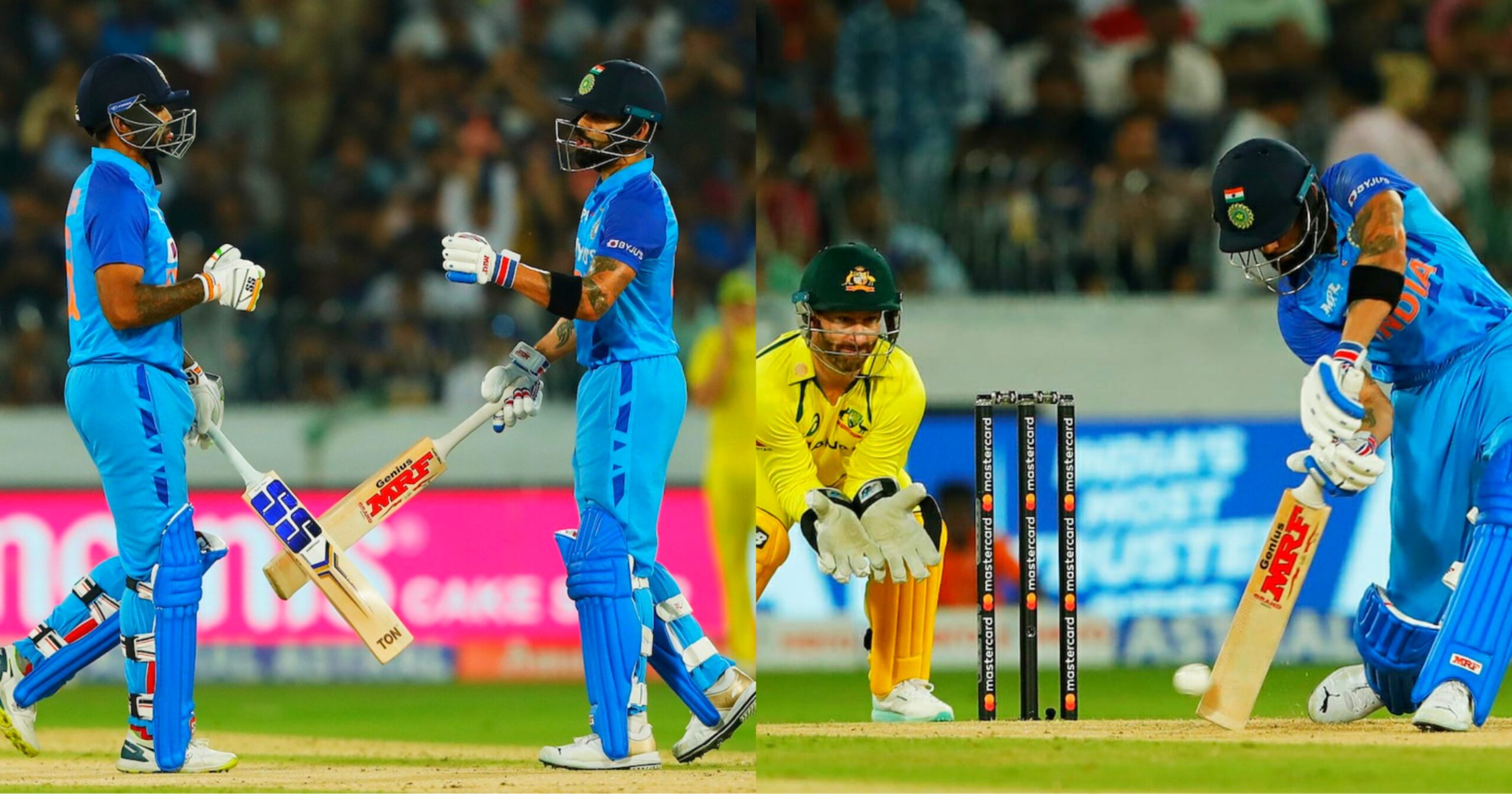 Team India delivered a crunching masterclass as they got the better of the soaring Australians in a thrilling contest at the Rajeev Gandhi International Stadium, thanks to collective showdowns of brilliance from Virat Kohli and Suryakumar Yadav.

With Surya walking away with the man-of-the-match award, there was another significant knock that got eclipsed in the thrilling chase as Virat Kohli’s powerful 63 that went a long way in almost winning the game for India went under the wraps.

Kohli walked out to bat when KL Rahul departed early. With the asking rate pretty much on the higher side, the former Indian captain had to ensure that he hung in there. The series until now didn’t really go in Virat’s favour but tonight it was a different story altogether.

The drives started coming on early and he seemed like poetry in motion. He would frequently dance down the pitch and attack the bowlers, especially Adam Zampa who got him the preceding day. In fact, he would not only place his innings in perfect accordance to the needs of the innings but he would set his eyes on Zampa to seek an answer to the question that was posed by the leggie himself on the last day.

It was a treat for the fans to enjoy those turnstile wrists wreaking havoc again and the drives coming smoothly off the middle of Kohli’s bat instead of those mistimed drives or ill-fated nicks. He was also not hesitant to walk down the track and charge at the bowlers while he would occasionally bring out the sweep to condemn the spinners.

Twitter had loads to say about Virat Kohli, especially after the kind of sustaining knock that he stitched and the trail of carnage that he left in his wake, guiding Team India to the very gates of a historic win where Australia had to relinquish any hope of another series triumph in India for the time being.

These Virat Kohli shots is what we all crave for 💉🔥 pic.twitter.com/3pp8XdCA1T

IMO, this has been @imVkohli’s best T20 knock in a long while. Approach measured and adapted to situation as it unravelled, aimed at winning match not winning brownie points. Well played!

For all those who said "No Afganistan No party", here is the the 8th T20I fifty for Virat Kohli against Australia 🔥 pic.twitter.com/BhmkweaNR0

“A pat on the back by Virat Kohli”, Twitter bows in respect to Suryakumar Yadav for his match-winning knocks
“I made up my mind to go after him”, Virat Kohli picked his target early in the series decider