Three reasons Liverpool are on course to win a quadruple 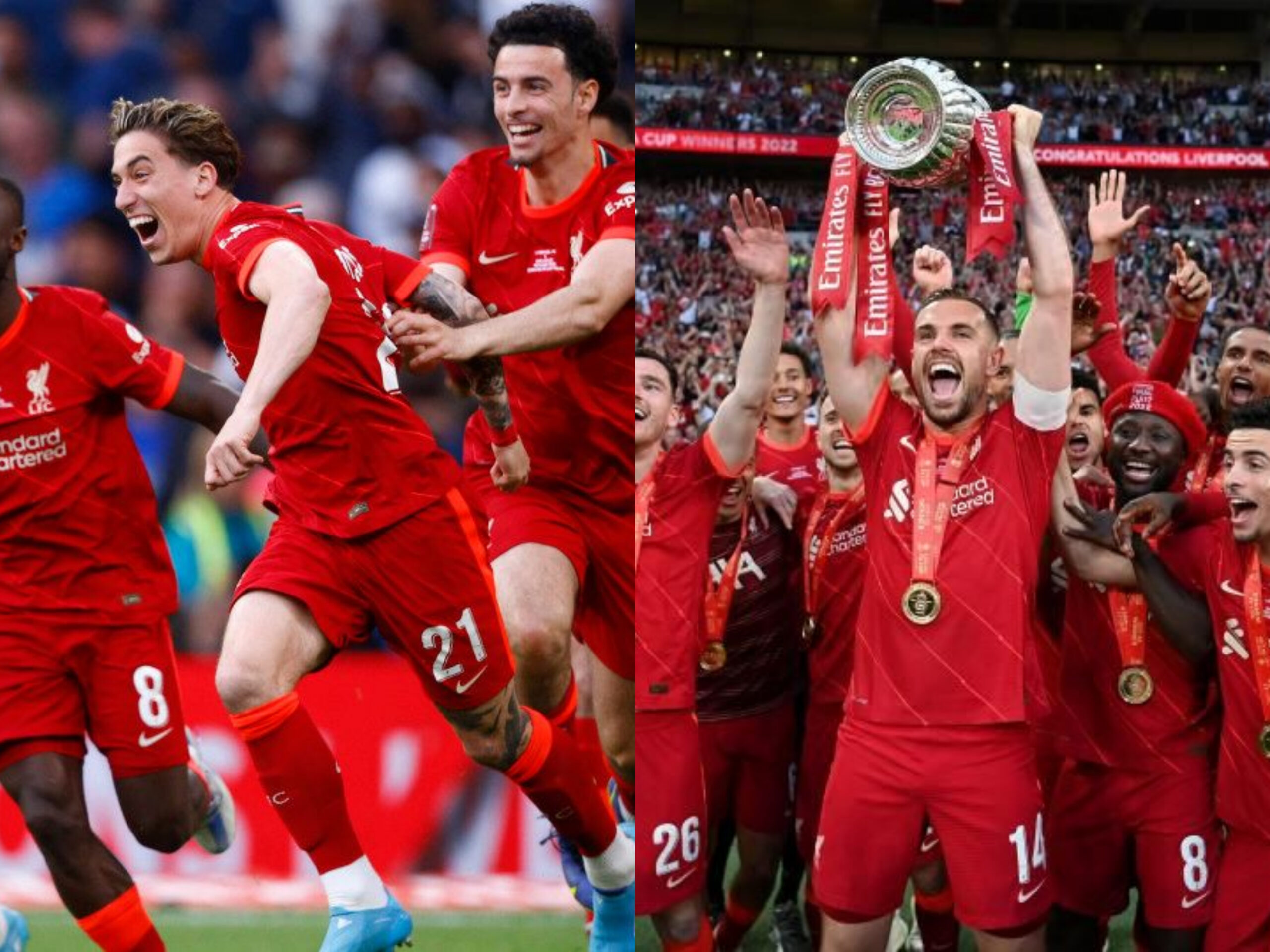 Liverpool FC is having a season to remember, and are solid contenders to pull off a historic quadruple. The term refers to teams who can bag four domestic title in a single season, and the Reds are already halfway there. This season they’ve turned in performances for the English Premier League, the UEFA Champions League, the FA Cup and the Carabao Cup (League Cup). They’ve secured the latter two titles, defeating Chelsea both times in the finals. Now Liverpool is on course to appear in the final of the UEFA Champions League against Real Madrid, and have a chance of securing a third cup this season.

The last time the Reds met Madrid in a Champions League final was in the 2017-2018 season, and it didn’t end well for them as they lost 3-1. Welshman and man-of-the-match Gareth Bale‘s two goals proved the difference between the two teams. Mohamed Salah had been in tremendous form that season, but was forced off the field in the first half after a collision with Sergio Ramos. The leading goal-scorer for the season picked up a right groin injury during Liverpool’s FA Cup final against Chelsea, and sat out of Saturday’s game against Southampton along with Virgil van Dijk. But the Egpytian is expected to return guns blazing for the Champions League final.

It seemed as if Liverpool’s title charge was at an end when Tottenham Hotspur had them held to a 1-1 draw in the 35th week of the championship season. A couple of injuries after their FA cup final to Mohamed Salah and Virgil van Djijk had them sitting out of their match against Southampton, and Sadio Mane, Luis Diaz and Fabinho didn’t play either. Still the Reds stepped up to claim a 2-1 victory after being one goal down in the first half. To add to that, other teams’ results worked in their favour. West Ham United subdued Manchester City with a two-goal lead in the first half of their game last weekend, and the latter had to fight back to secure a draw.  Liverpool’s victory over Southampton ensured they reduced the gap between themselves and Manchester City to just one point.

3. Favourable draws in the Champions League

Liverpool had a relatively easy road to the playoffs. Despite losing to Inter Milan in the Round of 16, their 2-0 lead from the first leg carried them through to the quarterfinals on aggregate. There they drew 3-3 against Benfica, but once again their 6-4 aggregate from earlier meant they would face Villarreal in the semi-finals. The Reds came back handsomely from a 2-0 lead and scored three goals in the second half to pave their way to the deserved place in the final. Along with securing two trophies in the last three months, it’s safe to say momentum is firmly on their side. Meanwhile Real Madrid had to scrap and fight against to get past first Paris Saint-Germain in the Round of 16, and then were faced with the unenviable task of knocking out reigning European champions Chelsea. Liverpool’s winning ways across the past year should boost their confidence to secure

Tottenham Vs Arsenal, Betting Predictions; Where To Watch?
How much did Man Utd spend on players who are leaving for free?