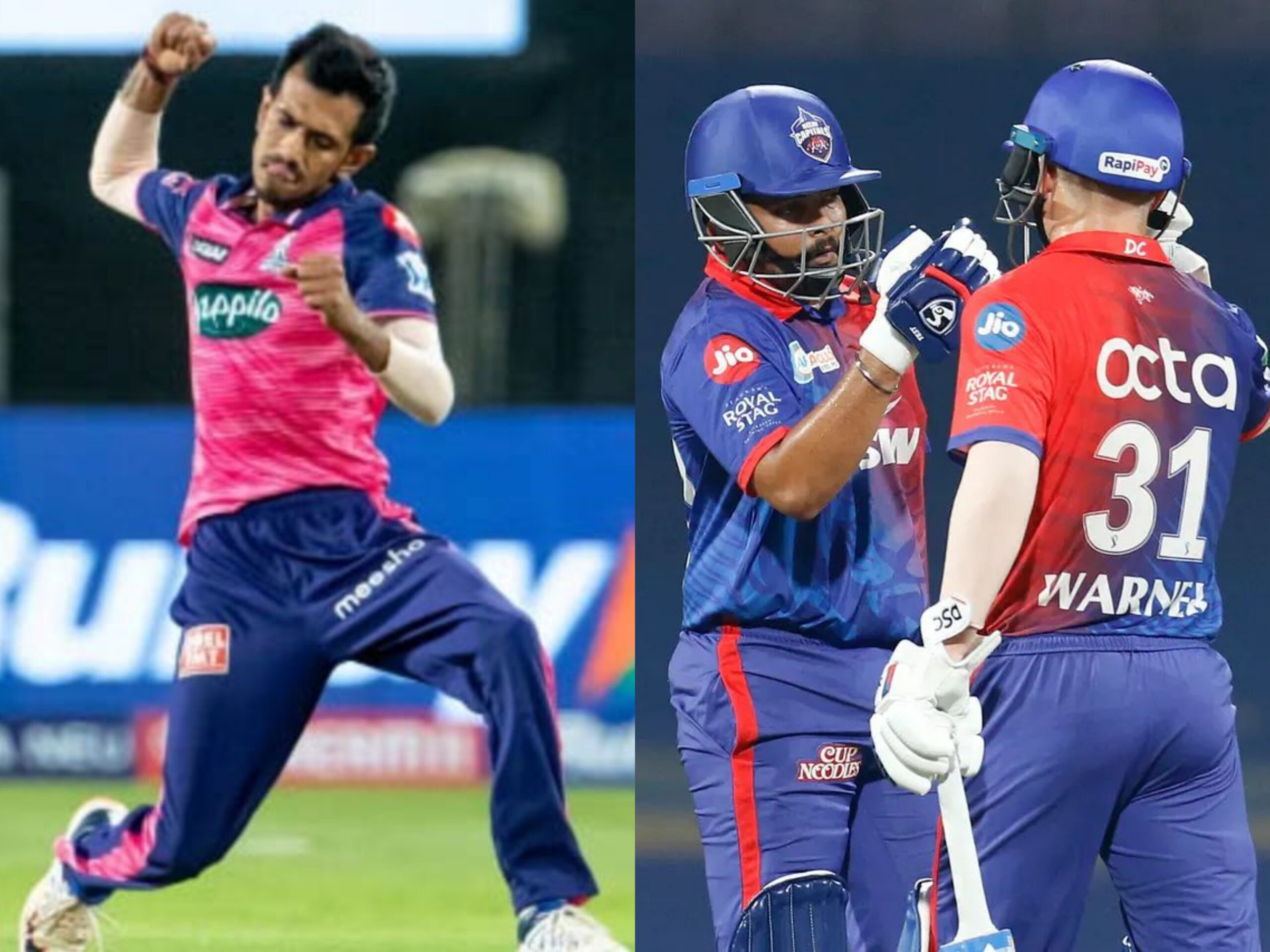 In-form Rajasthan Royals square off against a resurgent Delhi Capitals today. Both sides are coming off a win from their previous games. While COVID-hit DC were forced to sit out Mitchell Marsh, they rallied as a unit to decimate Punjab Kings, first routing them to 115 in their first innings and then chasing it down with nearly ten overs to spare. Meanwhile Royals starred in arguably one of the most of the memorable IPL games of the past decade, on the back of a Jos Buttler hundred and Yuzvendhra Chahal hat-trick and five-for to scrape past KKR in a 200 plus run-chase. The two teams have always been evenly matched, with 12 wins each in their 24 head-to-head matches. DC will want to break into the top half of the points table, while RR will book their spot at the top. Let’s take a look at three ways the Royals can trump DC today.

The return of David Warner has infused vitality into the Delhi Capitals lineup. In the four matches he’s played, he has scored 191 runs at an average of 63.6 and is the the second-highest run-scorer for DC striking at 152.8. He has three back-to-back half-centuries from his previous games, and what should be alarming for oppositions is that his strike-rate has climbed steadily across those innings as well. He took 45 balls for his 61 against Kolkata Knight Riders striking at 135, then made 66 runs in 38 balls at 173 against Royal Challengers, and in his most recent outing against Punjab Kings, he struck an undefeated 60 off 30 balls at an even 200, tormenting the PBKS bowlers with ten fours and a six. His opening partner Prithvi Shaw has also been in deadly form of late, with two half centuries from six games as well as two scores above 35. So far he averages his 36, but his strikerate of 170 will be a big worry for RR if they want to restrict DC’s powerplay score.

2. RR should look to not lose wickets in the powerplay

Rajasthan Royals have destructive batters, but not a lot of depth. They are heavily dependent on one of their top three to score big, one of Jos Buttler, Sanju Samson or Shimron Hetmeyer. RR have shown a preference for bowling-heavy lineups, with Ashwin batting at seven followed by a long tail, but so far it has served them well. Skipper Sanju, after his 55 against Sunrisers Hyderabad in their first game hasn’t clicked in the way he would’ve liked; he has two 30 plus scores since then but one would expect a bigger innings from the IPL dominant batter soon. He has 155 runs from six innings averaging 25, though at a hefty strikerate of 158. Devdutt Padikkal and Riyan Parag have turned into slight liabilities for the Royals – while Padikkal has 133 from his six games, not far behind Samson, his strikerate of 122 will turn into a concern for RR at some point. The destructive Hetmeyer has kept middle order concerns at bay so far, being the second highest run scorer for the Royals with 229 runs while striking at 180. Either one of Buttler or Hetmeyer has come good in most of Royals’ wins so far, but they will want their Indian contingent to step up to the plate as well.

The Capitals have been inconsistent so far with three wins from their three games, but the common performer across them has been Kuldeep Yadav. He is one of the leading wicket takers of the tournament, with 13 wickets from six games at an economy rate of 7.8. He has starred in all three of their wins, bagging the player of the match award for his spells. While Pritvhi Shaw and David Warner have begun to find their feet, leaving little work for their middle order, DC will need their batters at three to six to fire if they want to proceed in the tournament. Aside from Rishabh Pant, the third highest run scorer for DC so far, no one else in the batting order has managed to cross even 80 runs in the tournament. Rovman Powell’s form has been alarming with only 31 runs from 6 games, and Mitchell Marsh, though he won’t be availabe for selection today, didn’t inspire a lot of confidence in the one game he played either.