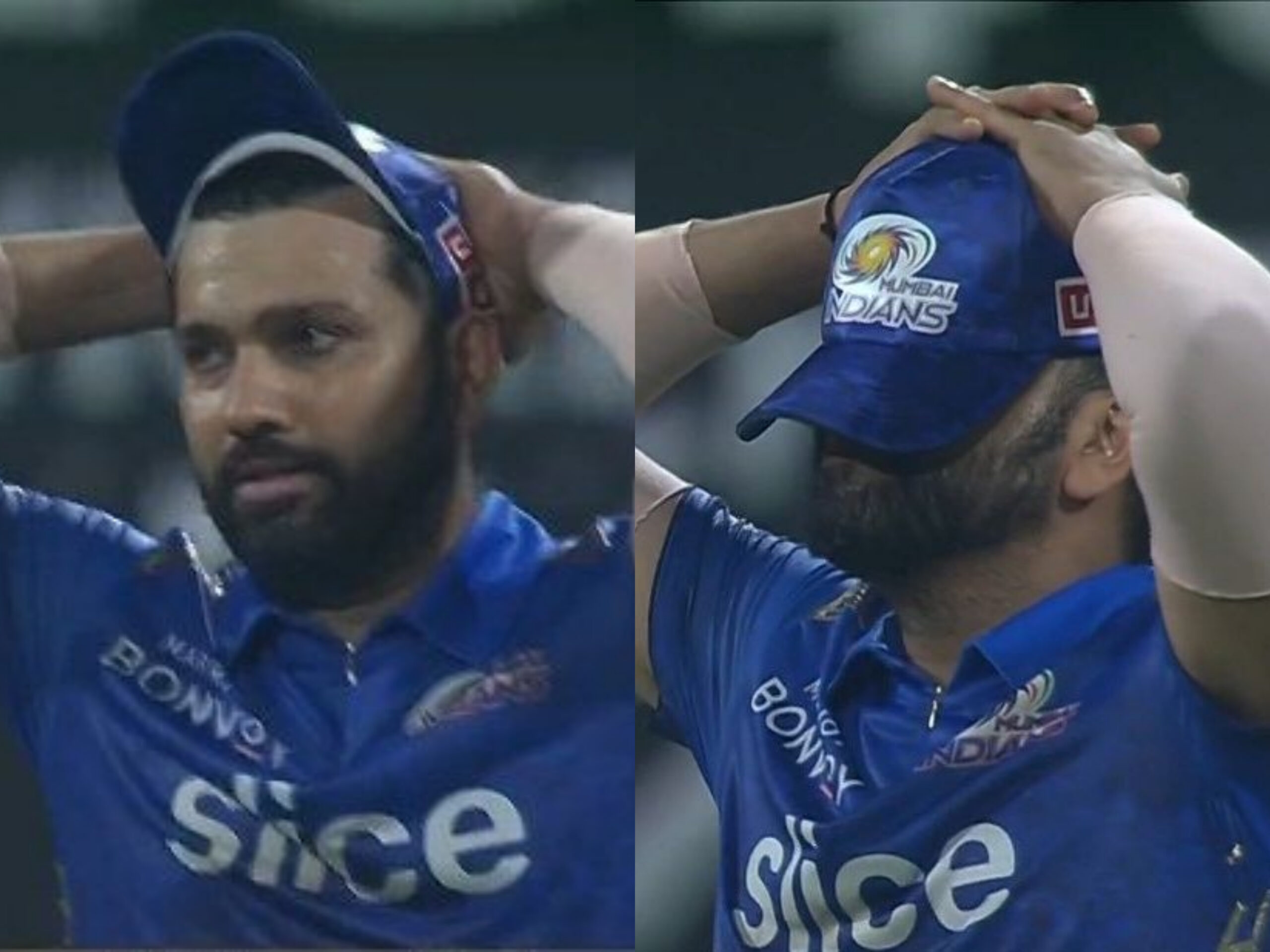 Mumbai Indians became the first team to achieve the dubious record of losing their first seven games of the season. The latest in their growing list of failures is their last-ball loss to Chennai Super Kings at DY Patil Stadium. MI set CSK a total of 156, but CSK managed to chase it down courtesy of a vintage MS Dhoni finish.

One positive to come out of this latest nightmare was the redemption of Daniel Sams, who took four wickets for 30 runs, two within the powerplay to rattle the CSK top order. But their death bowling woes still seem to have no end in sight; MI conceded 42 runs off the last three overs with Unadkat responsible for 31 of them, and Bumrah 11.

But the game had gone wrong for Mumbai long before MSD’s assault in the final over. Their openers reached a new low, with both Rohit Sharma and Ishan Kishan dismissed for ducks, falling to Mukesh Choudhury in the first over of the innings. Rohit kept out one ball before gifting mid-on a simple catch, and Ishan had his stumps knocked over first ball. Between them they have scored a combined 50 runs in their last three games, averaging 8.3.

There was trouble enough at 2-2, but Dewald Brevis became Mukesh’s third victim soon after. Coming off a brilliant 31 off 13 balls in his last game, Brevis struggled to find timing and finally sent a thick edge flying into Dhoni’s gloves, leaving MI at 23 for 3. Suryakumar Yadav was his usual lively self, and kept the scoreboard ticking with three fours and a six in his innings of 32 (21), but had to go after getting a top-edge off Santner.

19-year-old Tilak Varma top scored for MI with 51 off 43 balls, and MI came back well in the second half of their innings. After being 66 for four at the halfway mark, they looted 99 runs off the last ten to put up a respectable 156. But despite taking early wickets and reducing CSK to 23 for 2, there were never enough runs to defend against CSK’s batting depth, shaky though it was.

As a Karachi Kings fan, I welcome Mumbai Indian fans to the Survivors Fan Club for Worst Season Ever. https://t.co/A0xkH8UTEL

Mumbai have gone winless from their opening seven matches in the IPL 2022, having lost to even the underpowered CSK in an unusually low profile game between the two. Entering the second half of the competition, they seem clueless of how to possibly impr –https://t.co/tgDZQD0X6z

Mumbai Indians are having a terrible bowling attack this time but their Top-6 is still very good. Although, they didn't perform together so far.

The blame can't go only to the bowlers for losing 7 out of 7 matches so far.

I know people will find it cringe and tell me "its not that deep, its just Cricket" but Mumbai Indians performance really affects me. Watching this team since 2008 and I'm very attached to it.

‘Can we request MS Dhoni to come out of retirement for T20 World Cup?’ – Twitter overflows with praise for vintage Dhoni finish
‘Jos Buttler scoring runs for fun, bowlers have no chance’ – Twitter stunned by back-to-back hundreds