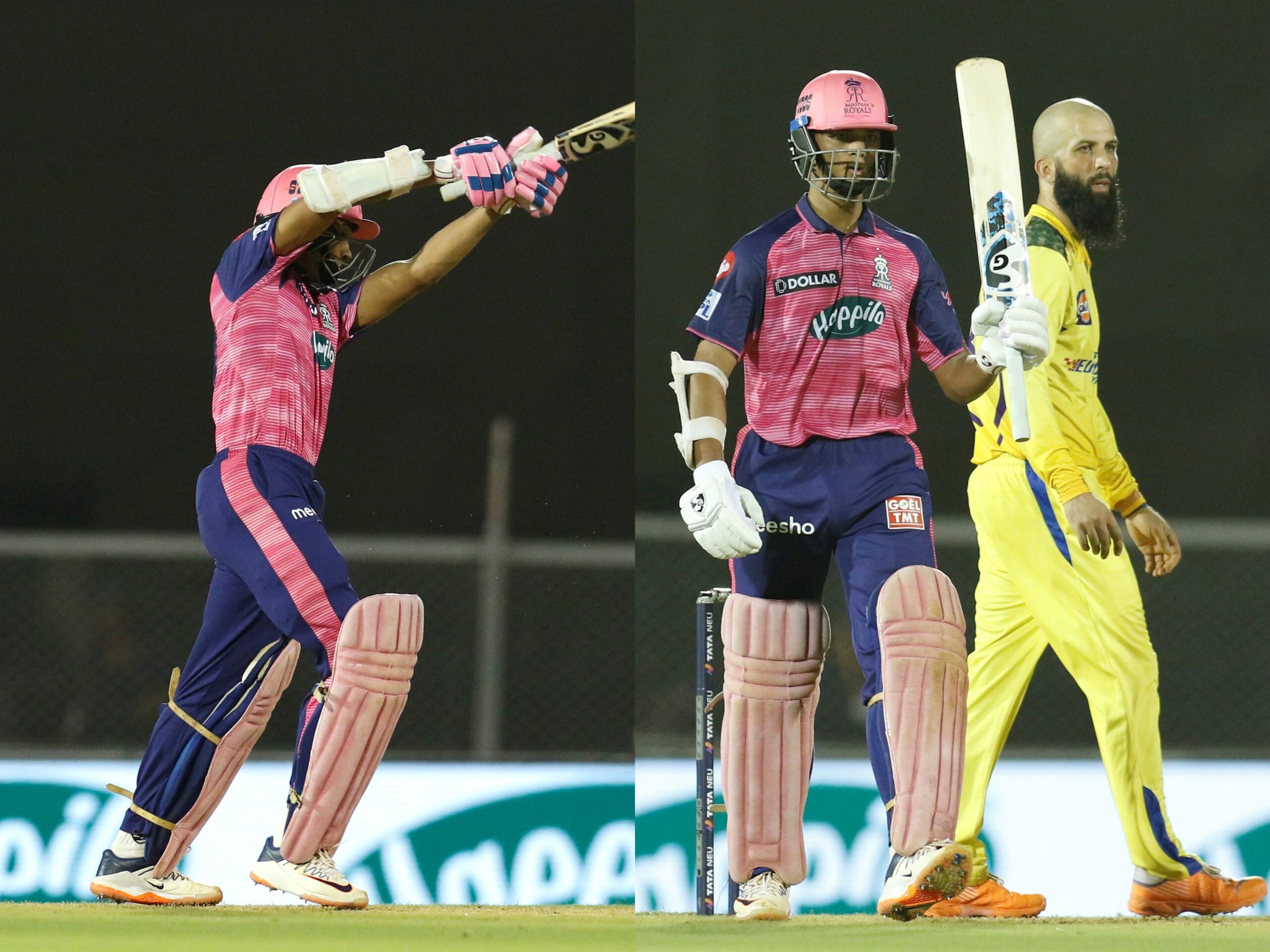 Yashasvi Jaiswal continued his fine form for the Rajasthan Royals against Chennai Super Kings in their last fixture of the season on Friday. He scored his second half-century of the tournament, hitting 59 off 44 balls in a knock that included eight fours and a six. He ended his innings with a strikerate of 134. The Royals braved a few hiccups before defeating CSK by five wickets and five balls remaining.

19-year-old Jaiswal manifested intent right from the opening over. He took on new-ball bowler Mukesh Choudhary, driving two smooth fours off the first couple of balls right at the start of the innings. Despite losing Jos Buttler up front to Simarjeet Singh, nothing dented Jaiswal’s momentum as he charged through the powerplay. Jaiswal scored 32(19) as RR eased to 57-1 at the end of the powerplay. It was Mukesh at the receiving end for most of it, ending up going for 29 runs from his first three overs. .

Sanju Samson and Jaiswal two added a 51-run partnership off 41 balls, all but destroying CSK’s hopes of defending the target. Samson’s slow striking did cost the Royals some momentum, and he dismissed for a 20-ball 15 by Mitchell Santner in the ninth over. Devdutt Padikkal had to go a few overs later, done in by Moeen Ali for 3.

Jaiswal’s innings was starting to slow down, but his partner Ravichandran Ashwin, promoted up the order once again did a handsome job of taking the pressure off the opener. His wicket finally was gone trying to heave Prashanth Solanki for six, but only getting as far as Matheesha  Pathirana  at deep backward square leg .

Yashasvi Jaiswal has scored 187 runs in the four matches since he’s returned to the RR side, averaging 46. His innings today guided the Royals towards a win that signals the end of an excellent season. They finish at number two with eighteen points, and will face Gujarat Titans in the first Qualifier on May 24 at Eden Gardens.

It’s time to add Yashasvi Jaiswal in the list of our generational talent.

Jaiswal played his knock with the bat gifted by Sanju samson itself.#Hallabol