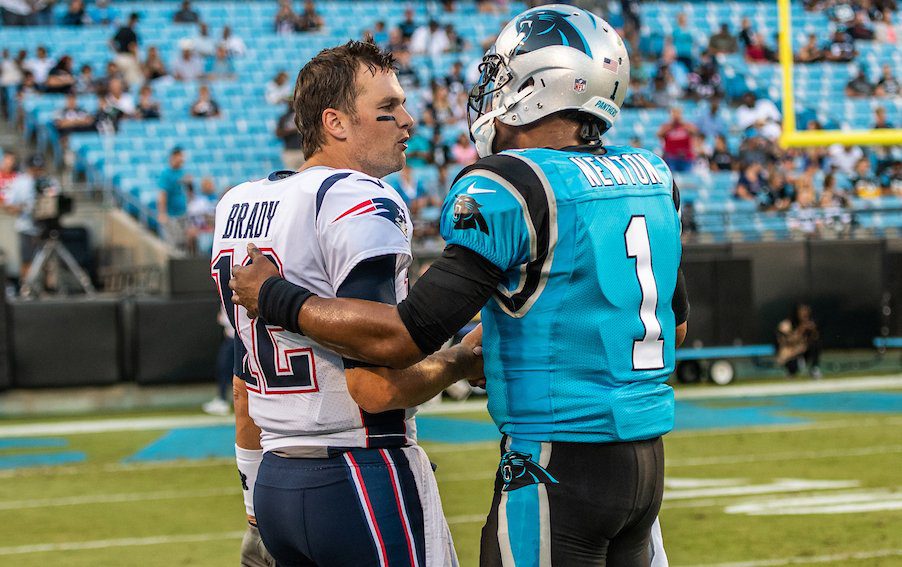 Tom Brady has lived a glorious 22 years in the gridiron that had seen him drubbing every single quarterback in the league except for one and that was the man who was bought to stabilize the Panthers’ campaign mid-season, Cam Newton.

However, despite all the glitz and glam that was for the show while he arrived, his numbers on the field have been downright abysmal and he has been more of a liability for the Panthers than being the asset he was supposed to be.

As both the quarterbacks are placed in different conferences, it is hard for them to come face to face frequently and so was the case between Brady and Newton. Before the Buccaneers’ thumping win against the Panthers in the middle of this week, Brady crossed paths with Newton just two times.

The last time the duo came face to face, Brady was in the New England Patriots and Newton managed to secure wins in both the encounters.

As the league entered its 16th week in the latest edition of the tournament, Newton had a glorious chance to keep this insane streak alive against Brady.

Sadly, for Newton, when the duo came face to face again in week 16, Brady sullied the perfect record that was held by the former as the Bucs rode roughshod over the Panthers, imposing a 32-6 showdown.

Brady came to this encounter, riding on a flurry of rage as he was confined by the New Orleans Saints, which contributed to his streak of two poor games on the bounce. It was for the first time in Brady’s glittering antiquity that he was shut out for two games on the bounce.

The duo will be again crossing swords in week 18 for their final game of the season in week 18 which will allow Brady to go 2-2 against Newton. Even though Sam Darnold is tipped to be the starter for the Panthers in the upcoming clash, Newton will hope against hope, that he can extend his lead to 3-1 over Brady.

Joe Burrow Put The Ravens To Bed With An Emphatic Display For The Ages
Dak Prescott Net Worth, Contract, Salary