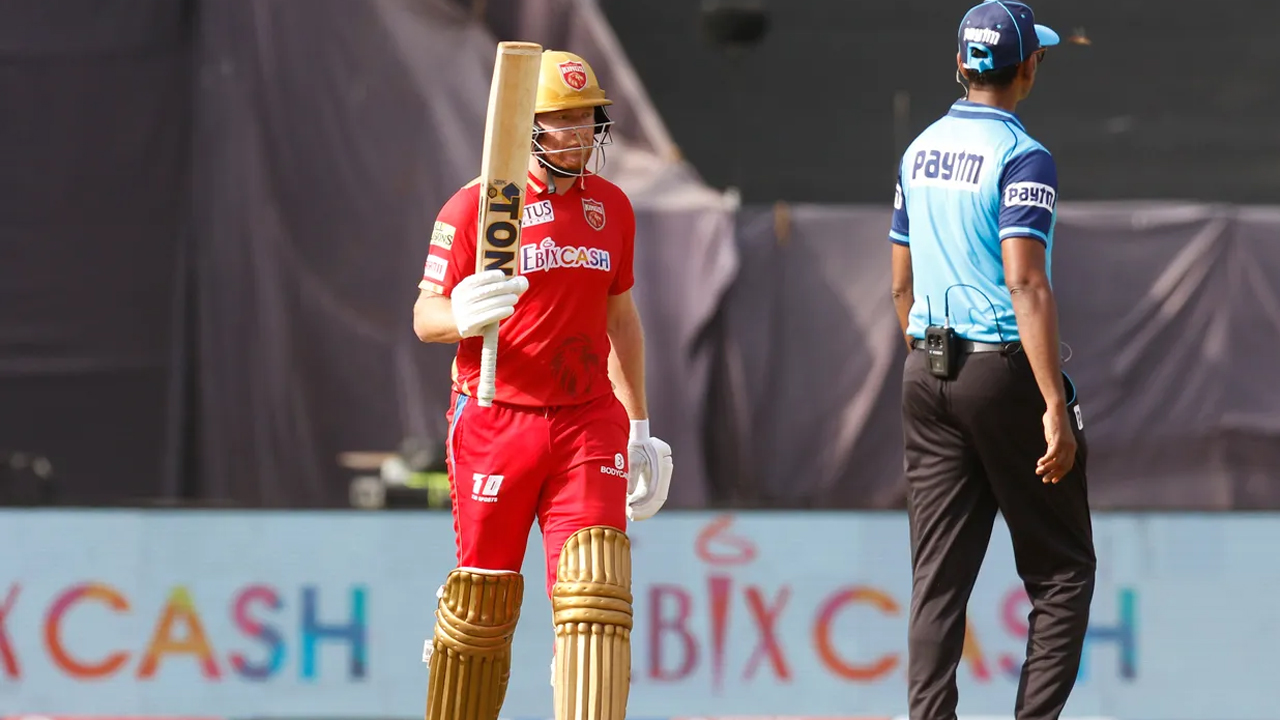 Jonny Bairstow has returned to form in style for the Punjab Kings. In their Saturday afternoon fixture against Rajasthan Royals, he opened the innings and scored 56 off 40 balls at a strikerate of 140, hitting eight fours and a six to boost PBKS to post 189 runs as a target.

Bairstow pieced together a 47-run partnership with his opening partner Shikhar Dhawan, who had a rare failure and was dismissed after taking 16 balls to score 12 runs. The bulk of his scoring came in the powerplay, as no doubt the Kings would’ve liked, and he made 31 runs off the first 15 balls he faced as they raced to 48-1. After Dhawan’s wicket Bairstow slowed down a little, but Bhanuka Rajapaksa, in at three more than made up for it.

Rajapaksa scored 27 off 18 balls before being bowled by Yuzvendra Chahal, and Bairstow was joined by Mayank Agarwal who’d dropped down the order after not being able to score enough at the top. Sadly the skipper’s fortunes weren’t in for a change just yet; he and Bairstow were dismissed within two balls of each other by Chahal.

While Mayank was caught at long-on by Buttler, Bairstow was trapped in front on his pads and the review showed the ball would’ve gone on to leg stump. Jitesh Sharma’s 18-ball cameo provided a late innings surge, striking fours fours and two sixes to add another 38 runs to the team’s total. Chahal, meanwhile was easily the pick of the Royals’ bowlers, ending his four over quota with three wickets for 28 runs.

PBKS fans on Twitter were delighted, but mostly relieved with JB’s return to form after a poor IPL season so far.

Bairstow is back, fifty from 34 balls, it has been long time, great to see him back, such a terrific player.

Bairstow is a Different Player while Opening and that suits his batting More.