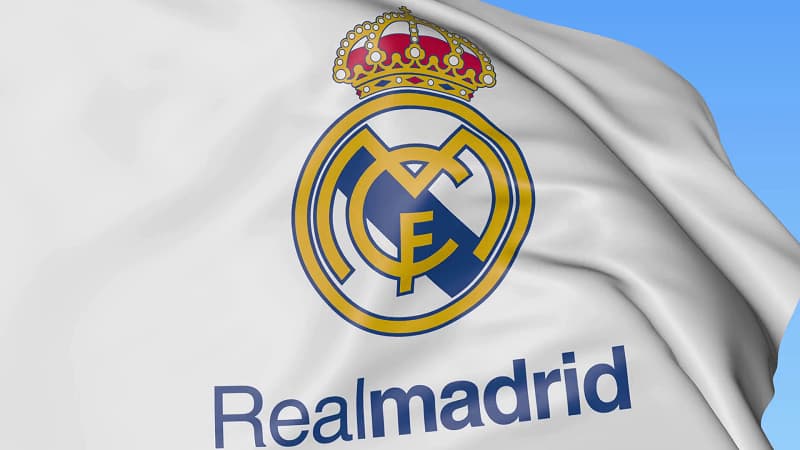 Football is the most widely popular sport around the globe. Youth and young adults not only follow the sport but also, look up to the football celebrities and lifestyle. Apart from the love and support of fans, this sport is all about business as well. Through tickets and retail markets such as replicas of tees and jerseys football industry bags money in billions. Check Top 10 Most Popular Football Clubs With The Most Fans in The World.

The primary way to win hearts and increase fanbase is through winning the most number of matches and trophies. However, there are other ways to gain support like, the players, the place the club is originated, football Club’s Jersey is also another reason. So here take a look at the Top 10 Most Popular Football Clubs With The Most Fans in The World.

Real Madrid CF has the biggest fanbase in the world. The Club has a fan following of 252.1 million followers. The club is a professional football team based in Madrid. The club was established in 1902. It establishes itself as a major force in Spanish and European leagues. Apart from the number of followers, the club has the highest winning track record. With 5 European Cups won, 66 trophies in domestic football.

Real Madrid also known as La Casa Blanca (The White House) has an estimated brand worth of 3.8 billion Euros. In terms of popularity on social media, the club has 95 million Facebook fans, 7 million Twitter fans, and 46.6 million on Instagram.

Futbol Club Barcelona or FC Barcelona is another club based in Barcelona, Spain. It was established in 1899. The fan following for this team is 250.3 million which makes them the second-highest in the world. The team consists of legendary players like Neymar, Suaraz, and Messi. The trophy cabinet is filled with Cups and trophies, with 5 Champions League Cups, 3 FIFA World Cups, European Club winner Cups, 75 domestic cups.

FC Barcelona also known as Barça has an annual turnover of €840.8 million. The brand Value of the Barça is worth $4.06 billion making them the 4th most valuable team in the world. The fan following on Facebook for this club is 90 million, on Twitter is 20 million, and on Instagram 47 million followers.

Manchester United is the most popular team in the world. The team is originated from Old Trafford, Greater Manchester, England. The team features in Premier League the top flight in English football. The Club has a fanbase of 142 million making them position third in the world. The Club has won the highest number of trophies than any other club in English Football. With 20 league titles, 12 FA Cups, 5 league cups, you can know why this team tops the list.

The 30th season of the Premier League 2021-22 is ongoing with the matches of professional football. All the 20 teams are all set as the tournament is on hand. Everton will be taking it over Southampton on August 14, 2021. The live coverage of the matches will be taking place and the fans can enjoy the streaming online also on grounds. The Manchester United tickets – https://seat-compare.com/manchester-united-tickets/ are now available for sale.

Manchester United is known as Man U or the Red Daredevils. The Team earns annual revenue of €676.3 million. They have a fan following on social media of 72 million on Facebook, 10.5 million on Twitter, 16.7 million on Instagram.

Juventus is an Italian football club that is based in Piedmont, Itay. It is considered the best Italian Football Club winning the Italian championship 4 times in a row. The team was established in the year 1897. Since its establishment, it gained a lot of achievements and won trophies which include, 7 Italian Cups, 2 UEFA Champions Leagues Cups, 11 Coppa Italia. hence it has a fanbase of 104.1 million.

Juventus is also known as Juve or La Madama. The biggest rival for this is Real Madrid. They have faced each other 21 times and have a perfectly balanced record. ( wins by juventus 10 wins by Real Madrid and 2 draws. The Club has a fan base on social media of 4.07 on Twitter, 6.1 million on Instagram, and 25.3 million on Facebook.

Chelsea becomes the 5th popular CLub in football all over the world. The Club is based in Fulham, West London. The team is a professional English football club with trophies of 30 competitive honors. They play their home matches at Stamford Bridge. The past few years have proved successful for Chelsea, with 5 Premier League titles, 2 UEFA Champions League Titles. They have 93.4 million supporters.

Chelsea is also known as the Blues since their jersey color code is Royal blue shirt and shorts. Chelsea has a long-term rivalry against North London clubs like Arsenal and Tottenham Hotspur. The club has a social media fan base of 47 million on Facebook and 8.8 million on Instagram.

Liverpool Football Club is another English professional football team, based in Liverpool, England. The club was established in the year 1892. The team has its home matches in Anfield. It is the ninth highest-earning team in the world. Domestically, the club has won nineteen League titles. In international competitions, the club has won six European Cups, 3 UEFA Cups, 4 UEFA Super Cups, and one FIFA Club World Cup.

Liverpool is known as The reds. The Long-standing rivalry team for Liverpool is Manchester United. The reason why it has a strong fanbase over social media of 27 million on Facebook, 7 million on Twitter 3.9 million on Instagram.

PSG is one of the top teams to represent France. The team is based in Paris. The Club competes in Ligue 1 that is the top-tier French football League. It is the most successful French club as they have won 2 of the European league titles. They play their home matches in Parc des Princes. With 91 million fans following the club, it becomes the 7th most popular team in the world.

Bayern Munich is a German professional football team based in Munich, Bavaria. It was established in the year 1900. In the year 2020 Bayern Munich team conquered UEFA Champions League, UEFA Super CUP, and FIFA Club World Club all these major competitions. The fan following of the team is 88.7 million. The social media support for the team is 41 million on Facebook, 9.3 million on Instagram, 3.4 on Twitter.

Arsenal is an English professional football team based in Islington, London. It was established in the year 1886. The team has won 14 titles so far in FA Cup. And Also Arsenal managed to win 13 titles in Premier League Competition. With a fan base of 75.9 million. the social media followers on Facebook is 47 million, on Instagram and Twitter 9 million.