Top 10 Oldest NFL Players Ever To Participate In The League 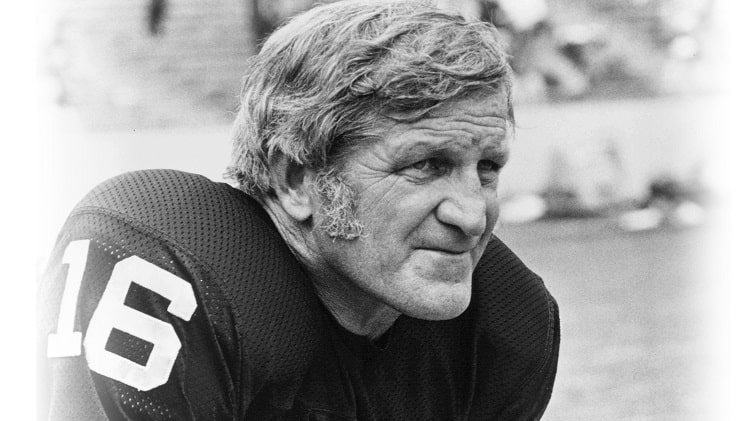 National Football League or NFL is a Men’s American Professional League tournament that consists of 32 teams divided equally into 2 conferences, that is National Football conference and American Football Conference. NFL is considered to be America’s top four major football leagues. It is the oldest sport, 101 years old that is played in America. Check out Top 10 Oldest NFL Players Ever To Participate In The League.

NFL gets its revenue from three sources, NFL television, NFL Merchandise and television contracts. Each team receives $255 million annually. Since the team has seen 101 successful seasons, the players also have their equal contribution. So check out the Top 10 Oldest NFL Players Ever To Participate In The League.

Top 10 Oldest NFL Players Ever To Participate In The League

Tom Brady tops the list of the oldest player in NFL history, however the list keep on changing as per the contracts signed by other players and the retirements. Tom Brady will be seen at 1st position of the same, provided that he plays in the upcoming 2021 championship. Lets have a look at Top 10 Oldest NFL Players Ever To Participate In The League :

Starting with Vincent Frank Testaverde Sr. who is a former American football player. He has been playing as a quarterback for 21 seasons. He started his carrer in 1987 after he was drafted by Tampa Bay Buccaneers. He, later on joined the New York jets where he gained a lot of success.

Steve DeBerg has retired for National Football League. He has been playing as a quarterback, primarily as a backup for 21 seasons with six different teams. He got an opportunity to begin 35 of 39 games in his first three initial years.

Bobby Marshall is one of the first African- American players to be playing NFL. He had a keen interest in sports as a whole, where he competed in baseball, track, boxing, ice hockey and wrestling. He then joined the team Rock Islands Dependents. He was seen playing for Duluth Kelleys at the age of 45, years after.

Gary Anderson is a former American Football player who started off his football career with Pittsburgh Steelers. He also known for his performance in the team Minnesota Vikings. He was the first NFL player to convert every field goal and point after touchdown in the regular season.

Ben Agajanian also regarded as The Toeless Wonder” plays as the American Football player in the NFL. He had four amputated toes, and that is the reason why he is nicknamed the wonder as he managed to play for 3 decades. He played as a placekicker. After years of paying he decided to have an even bigger impact as the kicking coach for the Dallas Cowboys.

John Nesser was a German- American, NFL player. He played for Columbus Panhandles in the 1910s. He generally played as a quarterback for the team. he comepeted in NFl as a player till the age of 46.

At number four we have John Carney. He played for Buccaneers as a placekicker. He played for many team like the Tampa Bay Buccaneers, San Diego Chargers, New Orleans Saints, Los Angeles Rams, Jacksonville Jaguars, Kansas City Chiefs, and New York Giants. John holds the highest number of four-field goal games of 29.

Adam Vinatieri is a professional AMerican football player who has had an experinece of 24 years in NFL seasons as a Placekicker. He has been given the title as NFL’s all time leading scorer with 2,673 points scored. Not only this, he also holds the position for the most number of goalkicks of 599, most postseason points of 238 and most overtime field goals made (12).

Moving on to the next, Morten Anderson with an experience of 25 years of NFL seasons. He played as a placekicker in New Orleans Saints at the start of his career. He has played a total of 382 games. He is regarded as the second highest in field goals (565) and points scored (2,544).

At number one we have George Blanda as the oldest player in history of National Football League. Blanda has managed to witness 26 season so far in his football career. He plays both as a quarterback and placekicker. Additional statistics includes 1 interception, 2 kickoff returns for 19 yards, 22 punts for 809 yards, and 23 fumble recoveries.