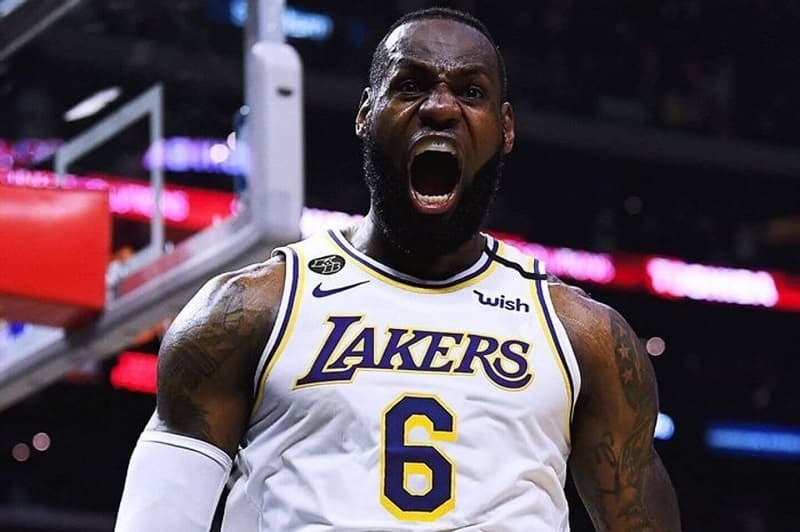 Basketball is considered to have some of the richest players and personalities in the world. Basketball is one of the prestigious sport which is very popular across the world. It requires effort, practice, and a lot of skills to be able to play on the court. National Basketball Association is North America’s basketball tournament that gives an opportunity to all talented basketball athletes. Check Top 10 Richest NBA Players In The World 2021.

It is not that you become successful overnight, you need to have that skill and patience to achieve success. Some of the modern basketball players have made many people continue to develop a passion for basketball more than ever. LeBron James, Stephen Curry, Kevin Durant, and Giannis Antetokounmpo have helped make basketball one of the best sports in the world. So take a look at the Top 10 Richest NBA Players In The World 2021.

Take a look at a few of the players who have gained success and popularity over the year. The list keeps changing depending on the performance, entries, and retirement of players from the league. So here is the latest edition of Top 10 Richest NBA Players In The World 2021.

At number 10 we have Derrick Rose, who is an American professional basketball player with an impressive Net worth of $90 million. He represents the team New York Knicks of the National Basketball Association, NBA currently. He has achieved many awards, such as  NBA’s Most Valuable Player, MVP, along with NBA Rookie of the Year 2009, NBA All-Rookie First Team 2009, Skills Challenge Champion.

Next, we have Blake Griffin who represents the team, the Brooklyn Nets of the National Basketball Association, NBA. This American professional basketball player has featured in many clubs of the NBA such as Detroit Pistons, LA Clippers, and Brooklyn Nets. Currently, he earns an annual salary worth $25.9m. He also endorses brands like Nike, Panini, and Red Bull.

Stephen Curry is one of the most recognizable players of the NBA. He is has been praised by players and fans for his quality that has been regarded as the greatest shooter in NBA history. He has won numerous awards, MVP which is NBA’s most valuable player award two times and seven times NBA All-Star.

Chris Paul stands at number seventh position in the top 10 richest players in the world. This American professional basketball player earns a lump-sum amount of salary worth $130 m. He currently plays for the club Phoenix Suns in NBA. He has also been a part of other clubs as well, New Orleans, L.A. Clippers, Houston Rockets, and Oklahoma City Thunder.

Dwight Howard is yet another most successful player of the NBA who represents the team Philadelphia 76ers. He plays in the center position in basketball. His awards have helped him gain a big net worth in 2021 to become the 6th richest basketball player in the world. currently earns an annual salary worth $24.3 m.

At the fifth position, we have Carmelo Anthony, who plays for the team Portland Trail Blazers in the National Basketball Association, NBA League. Currently, Anthony earns an annual salary worth $28m. Because of his talent and skills he has been regarded as one of the best basketball players in the NBA.

Taking the fourth position we have James Harden, who has been representing the Brooklyn Nets of the NBA. Harden has spent nine years in his former club, Houston Rockets. He has a net worth of $165m. Harden signed a four-year contract extension worth $171 million in 2017.

Russell Westbrook stands at third position in the top 10 richest players of NBA in the world. Currently, Russell plays for the Washington Wizards of the National Basketball Association, NBA. A large chunk of his salary comes from Washington Wizards an annual salary of $33m. Apart from this, he also earns from endorsing brands, such as Nike that earns him an annual payment worth $26m.

Kevin Durant is an American professional basketball player that plays for Brooklyn Nets in the NBA. The 6 ft 9 inches basketball player is one of the most popular personalities in the world. His endorsements include Degree, Master & Dynamic, Nike, and YouTube. He received an annual salary worth $31 million.

King James, is the most popular and richest player of the NBA. In the world in 2021, with a massive net worth of $500 million. LeBron James American-born basketball player, featuring for the Los Angeles Lakers in the National Association of Basketball, NBA. He has a huge fanbase and is considered the most recognized player at present.