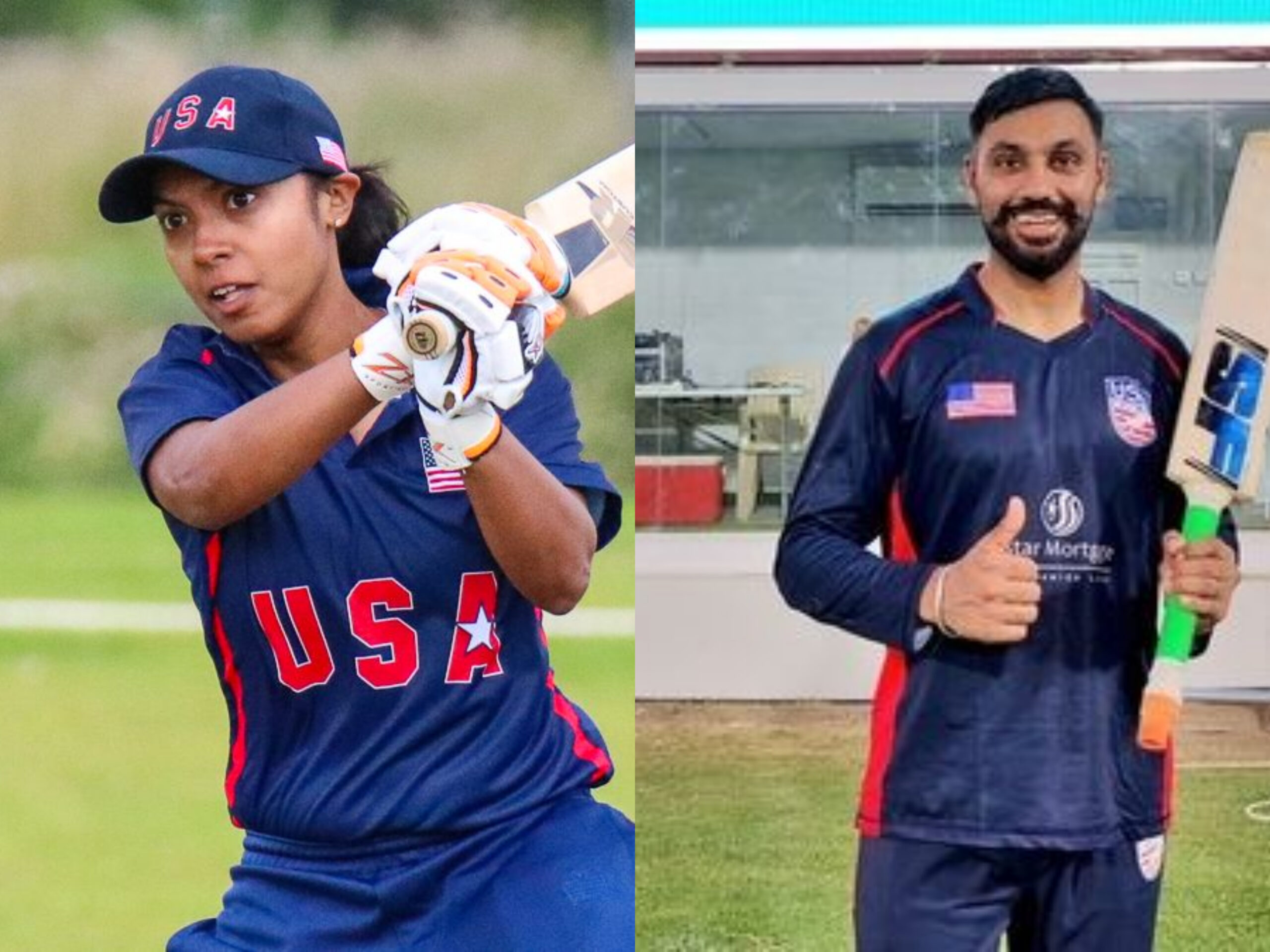 Cricket is a growing sport in the U.S.A, still embryonic compared to the massive scale on which it’s played in India but taking steps in the right direction. The USA Men’s national team recently received good news – they will automatically qualify for the ICC Men’s T20 World Cup 2024 as co-hosts alongside West Indies. They do have the chance to qualify for the next T20 World cups in 2022 and 2023, but if they don’t, they are guaranteed to make what could be their first ever World Cup appearance in 2024. The USA teams have taken huge strides forward across the last three years, and five cricketers who hail from India are among the top active players to make a deep impression on USA’s cricketing landscape.

Jasdeep was born in Queens, New York in 1993, but spent ten years in Punjab before his family returned to the U.S. when he was thirteen years old. They settled in New Jersey this time, and after years of league cricket he made his international debut in 2015, at ICC Americas Division One Twenty20 tournament in Indianapolis. The 29-year-old right-arm medium pacer only played one game in the tournament, going wicketless. Jasdeep has had a fragmented international career because of his recurring knee injury. Since returning to the squad in 2019 in an ODI against Papua New Guinea in 2019, he has taken six wickets across six ODIs, and seven wickets in four T20Is.

Akshata Gadahath Rao, a right-arm offbreak bowler hails from Shimoga, Karnataka, but took to cricket during her childhood in Mumbai. She made her debut at ICC Women’s World Twenty20 Qualifier in August 2019, and made her mark on the US’ cricketing landscape right away. With four dismissals in five matches, she became the leading wicket-taker for the United States in the tournament. Since then, the 38-year-old has taken six wickets across eight T20Is, with career best figures of 2-2 against Bangladesh in September 2019.

33-year-old Sindhu is the current captain of the United States women’s cricket team. She began playing cricket at the age of nine in her hometown of Bangalore, Karnataka, and represented the India A and India under-21 teams before migrating to Livermore, California. The right-handed wicketkeeper batter made her debut for United States against Canada in the Americas Qualifier in May 2019, and made a sparkling first impression – she became the leading run-scorer in the series, with 80 runs from three matches. Three months later, she was appointed the captain of of the US WT20I team. Since then, she has played 11 matches for USA scoring 159 runs with a top score of 42 not out.

The current U.S.A white ball captain originally hails from Gujarat. the 28-year-old represented his state at the under-16 as well as under-19 levels. His stats in international cricket are on the rise; he has scored 525 ODI runs from 19 games averaging 32, and 164 T20I runs from the 13 games. He became the second ever U.S.A cricketer to record a hundred on September 13, just three days after his teammate Jaskaran Malhotra’s blitzkreig 173. In a game for the ICC Men’s Cricket World Cup League 2 against Nepal, he top scored for USA with a 100 off 113 balls, hitting nine fours and a six. Nepal eventually won that game by wickets, but Monank had already made a lasting mark on USA cricket. Jaskaran made his international debut in March 2019 against the U.A.E, and in December 2021, ahead of Ireland’s tour of the U.S.A he was appointed as the captain of the ODI and T20 teams.

Originally from Punjab, 32-year-old Jaskaran Malhotra once captained Himachal Pradesh at the U-19 level. In 2014 his family immigrated to the U.S.A, choosing to settle in New York City. By then Jaskaran was 25 years old, and had to wait two more yeras to make his FC debut. THe right-handed wicket-keeper made his debut not long after that in a T20I against U.A.E in March 2019. So far, he has scored 313 runs from 11 innings averaging 39.12, and 181 T20I runs from 10 innings. But his stats don’t speak to the true quality of the lfourishing right-hander; his undefeated 173 against Papua New Guinea in September 2021 made the whole cricketing world sit up and take notice. Jaskaran smashed six sixes in an over in that innings, only the fourth international cricketer to achieve the feat after Herschelle Gibbs, Yuvraj Singh and Kieron Pollard, an elite list indeed. He hit a total of 16 sixes, the joint second-highest along with Rohit Sharma, AB de Villiers and Chris Gayle, only behind Eoin Morgan’s 17 sixes against Afghanistan. USA won by 137 runs and Jaskaran put USA cricket on the map with his outstanding innings, becoming only the second U.S.A batsman to score an ODI hundred.

‘He told me to let my talent do its thing’ – Shivam Dube talks about the contribution of MS Dhoni
‘Were the other ten players drinking lassi?’ – Harbhajan Singh points out 2011 win was more than just Dhoni