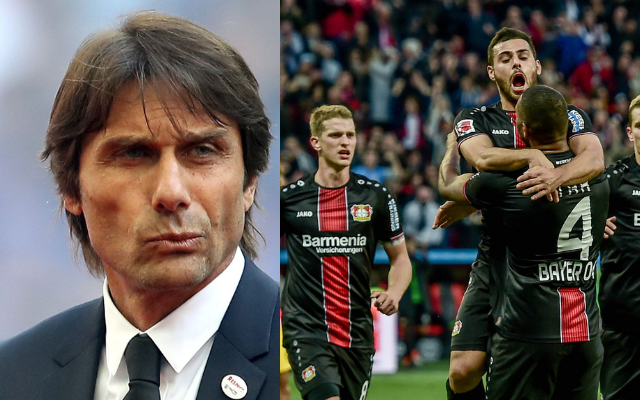 Piero Hincapie, the central defender for Bayer Leverkusen, is apparently the target of a bid of forty million euros from Tottenham Hotspur

A report that was published in the German tabloid Kicker claims that Tottenham Hotspur is contemplating a bid for Bayer Leverkusen center-back Piero Hincapie that is worth 40 million euros. Spurs have been looking to add a new central defender to their roster but have not been able to do so so far this summer.

Antonio Conte is anxious to strengthen his squad with the addition of a left-sided center-back during the current transfer window. Conte initiated contact with Inter Milan in the hopes of reuniting with Alessandro Bastoni. However, the Italy international was hesitant to go to England, and as a result, Conte was unable to take advantage of the chance to work with him again.

Since then, rumours have circulated that Tottenham is interested in signing several central defenders, one of them being Milan Skriniar, Bastoni’s defensive partner at Inter. However, they have had a long-standing interest in Hincapie, with the first rumours of their interest in the 20-year-old coming in February of this year. Hincapie has been on their radar for quite some time.

The Ecuador national team member is left-footed and has experience playing left-back, making him an ideal candidate to fulfill Conte’s criteria. They are thus planning a price of 40 million euros for the defender, but they may have a difficult time convincing Leverkusen to sell him.

Simon Rolfes, who is on track to take over as the club’s sports director soon, recently gave the impression that the German club is confident in their ability to maintain hold of the defender, highlighting the fact that he has a ‘long contract’ with the club.

“To boil it down, there is no question about one thing: Piero is a young player who is already consistently giving the best level of performance, and he has a lengthy contract. We are delighted that he is able to join us,” Rolfes said to Kicker.

After moving on from CA Talleres only a year ago during the summer, Hincapie signed with Bayer Leverkusen and has since made 33 appearances for the club across all competitions. There are still a total of four years remaining on the deal that he signed with the Bundesliga club.

This summer, Tottenham has already made three significant additions to its roster via free agent and contracts. Ivan Perisic has joined the team through a free transfer from Inter, while Fraser Forster has signed via a Bosman move from Southampton. After that, they were able to sign Yves Bissouma, a midfielder formerly playing for Brighton & Hove Albion.

To improve upon Ben Davies’ performance in the left-sided center-back position, Tottenham is now exploring the possibility of signing another central defender. It would be fascinating to see whether they can complete the deal now that a move for Hincapie is in the works. If the Lilywhites are unable to acquire the services of the 20-year-old player, Clement Lenglet might be sent to the club on loan.