Tottenham vs Norwich City Betting Predictions, Where To Watch

Tottenham vs Norwich City should favour the home side, with the visitors struggling this season. 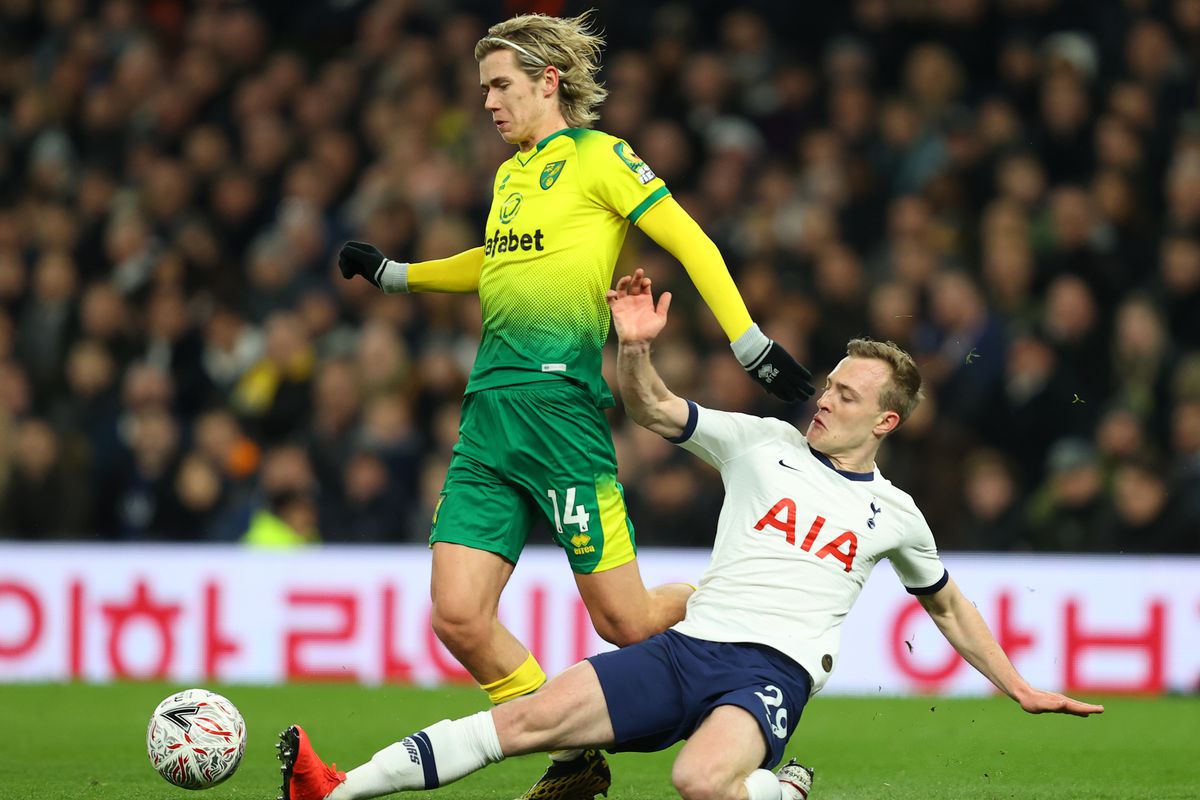 Where to watch Tottenham vs Norwich City?

Conte has admitted that Giovani Lo Celso will not be ready to return from injury this weekend, while Cristian Romero will be out until 2022 due to a hamstring ailment.

Dane Scarlett is also out and will miss the game with an ankle injury. He wasn’t going to be in contention for this game, with Conte set to choose an identical starting lineup from the Brentford win.

Kane has scored from the penalty spot in his previous three Premier League games for Norwich, and he may now become the first player in competition history to score four times in a row from 12 yards against a single opponent.

Milot Rashica is unlikely to be ready for Norwich until 2022 owing to a groin issue, while Todd Cantwell is set to go after a COVID-19 scare.

Mathias Normann, the Norwegian midfielder, will also be out for this encounter, joining Sam Byram and Christoph Zimmermann in the visitors’ medical room.

Cantwell might now be considered for a start on the leftover Christos Tzolis, but everything else should be the same as it was for the Canaries.

Norwich’s newfound tenacity under Smith has been lauded, but after failing to overcome a 10-man Newcastle team, they will not hold out hope of beating a full Tottenham squad.

The Lilywhites are still finding their feet under Conte, but they are benefiting from his no-nonsense style, and this should be a straightforward victory for the capital club.