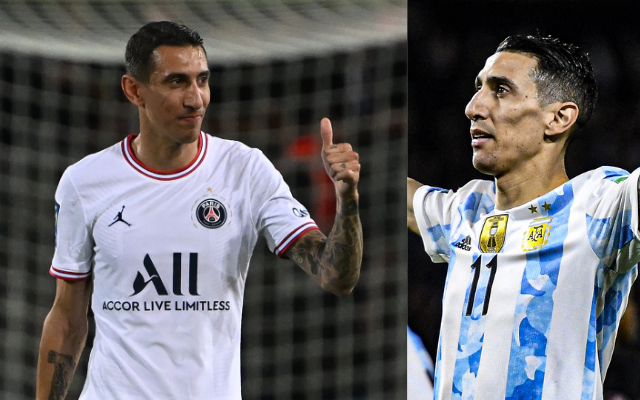 According to reports, Serie A powerhouses Juventus have increased the offer they made to recruit veteran Argentine international Angel Di Maria, who is also of interest to Barcelona

Calciomercato has reported that Juventus will try to gain the services of Angel Di Maria in a Bosman move during the summer transfer window. The striker, who once played for Paris Saint-Germain, is also of interest to Barcelona.

When his current deal with Paris Saint-Germain runs out in two weeks, Angel Di Maria will technically be able to sign with any team he wants beginning in July. The player, who is now 34 years old and came to PSG from Manchester United in 2015, had an outstanding run with the club during his seven years there, during which he established himself as a crucial figure for Les Parisiens.

Over the last seven years, the Argentine international player has appeared 295 times and racked up 93 goals, and 119 assists. After completing his contract at Parc des Princes, though, Di Maria is planning to leave the club and pursue other opportunities during the summer transfer window. The veteran attacker is also drawing interest from several teams, including Barcelona and Juventus, who are vying to sign him.

Ousmane Dembele’s long-term future is fraught with a great deal of uncertainty, which is likely what sparked Barcelona’s interest in acquiring his services. Along with Di Maria, Dembele has the potential to leave Barcelona as a free agent. According to recent rumours, the Blaugrana will not give a new contract to the Frenchman since the two sides were unable to agree to a renewal of his current deal.

The Argentine international player, Di Maria, is apparently interested in joining Barcelona, and the club has reportedly prepared a contract offer for him to consider. However, the Catalan giants are up against tough competition from Juventus in the battle to recruit the 34-year-old player through a Bosman move during the summer transfer window. Juventus is now the front-runner in this race.

Juventus Or Barcelona-Where will Di Maria finally move to?

As a result of Federico Bernardeschi’s decision to leave as a free agent, the powerhouses of Serie A will need to make a summer acquisition of a wide attacker. And even though Di Maria is towards the end of his career, there is a good chance that he will be an improvement over the Italian international, which makes him a desirable target for Juventus. In addition, the Italian heavyweights are considering increasing the price they are willing to pay for the experienced attacker.

The expectation at Juventus is that the new contract offer would be sufficient to allow them to leapfrog Barcelona in the competition to recruit Di Maria in a Bosman transfer. Recent rumours, however, have suggested that the veteran attacker would prioritize joining Barcelona, providing the Blaugrana an edge in their pursuit of him.