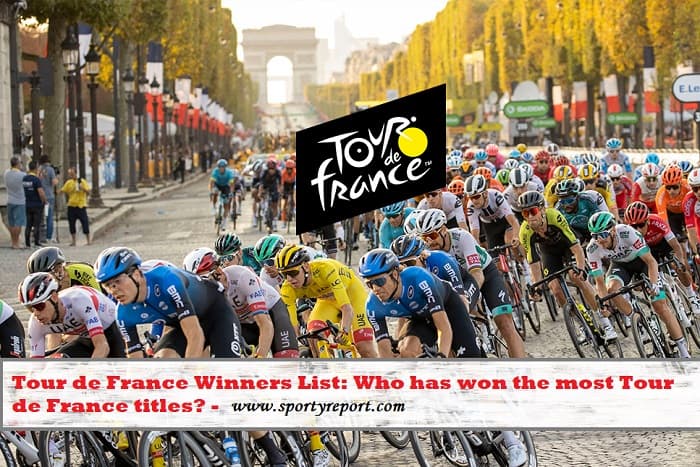 Tour de France is an annual road bicycle race held for 23 days in Europe. It is the most prestigious sport also comes under the seven biggest sporting events in the world. Tour de France covers a distance of 3500 Kilometers which is 2200 miles approx. the race starts in France and covers the neighboring countries making a tour, which always ends in Paris. Check Tour de France Winners List: Who has won the most Tour de France titles?.

Who has won the most Tour de France titles?

Jacques Anquetil was a French road bicyclist and the first cyclist to win the Tour de France five times, in 1957 and from 1961 to 1964. He won eight Grand Tours in his career, which was a record. Along with him, Eddy Merckx of Belgium, Bernard Hinault of France, Miguel Induráin of Spain, won the titles five times.

Henri Cornet is the youngest winner; he won in 1904. Firmin Lambot is the oldest winner, won in 1922. The most recent winner is Slovenian Tadej Pogačar, who won the 2020 Tour.

Here is a complete list of winners of Tour de France of past 40 years,

Check out the most titles won by players list of Tour de France,