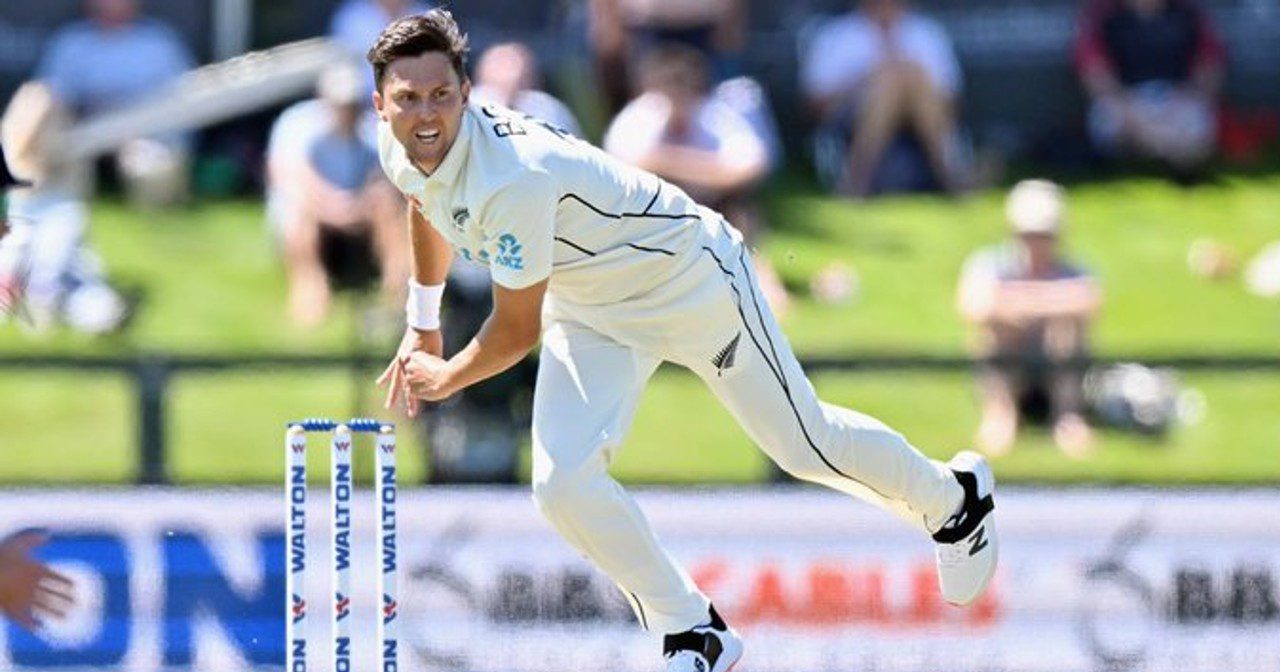 Trent Boult is set to miss New Zealand’s second Test against South Africa, starting Friday, February 25 at the Hagley Oval in Christchurch. Boult missed the opening Test at the same venue after he and his wife, Gert, welcomed their third child. The left-armer last played international cricket in the two-match Test series against Mominul Haque’s Bangladesh.

The 32-year-old paceman is set to train with the Test squad, but head coach Gary Stead reckoned that it’s a bit of a risk taking Boult in for the second game of the series. Boult is also set to miss the Black Caps’ series against the Netherlands, as New Zealand Cricket (NZC) will allow the IPL-bound cricketers to miss the international games.

“Trent Boult isn’t in a position to be available for this Test match with his loads and where he’s at, at the moment. Since [he was on paternity leave] as well he’s missed out on a lot of opportunities to play cricket and bowl. We just felt the risk of him playing was far too great at the moment to do that to him,” Stead was quoted as saying.

Boult’s absence in the first Test meant Matt Henry got a chance to show his prowess. The latter grabbed the chance with both hands as he won the Player of the Match award as the Kiwis won the game by an innings and 276 runs.

Henry picked up a seven-wicket haul in the first innings for only 23 runs and then scored a 68-ball knock of 58 with eight fours. In the second innings, he got the two prized wickets of Dean Elgar, the South Africa captain, and Rassie van der Dussen.

As far as Trent Boult is concerned, he will be back to international cricket in the month of June during New Zealand’s tour of England. Boult is next set to play for the Rajasthan Royals (RR) in the 2022 edition of the IPL. He played two seasons for the Mumbai Indians (MI) before moving to the Royals.

After a base price of INR 2 crore, Royal Challengers Bangalore (RCB), Rajasthan Royals (RR) and MI got involved in a bidding war. In the end, the Royals secured his services at a price of INR 8 crores.