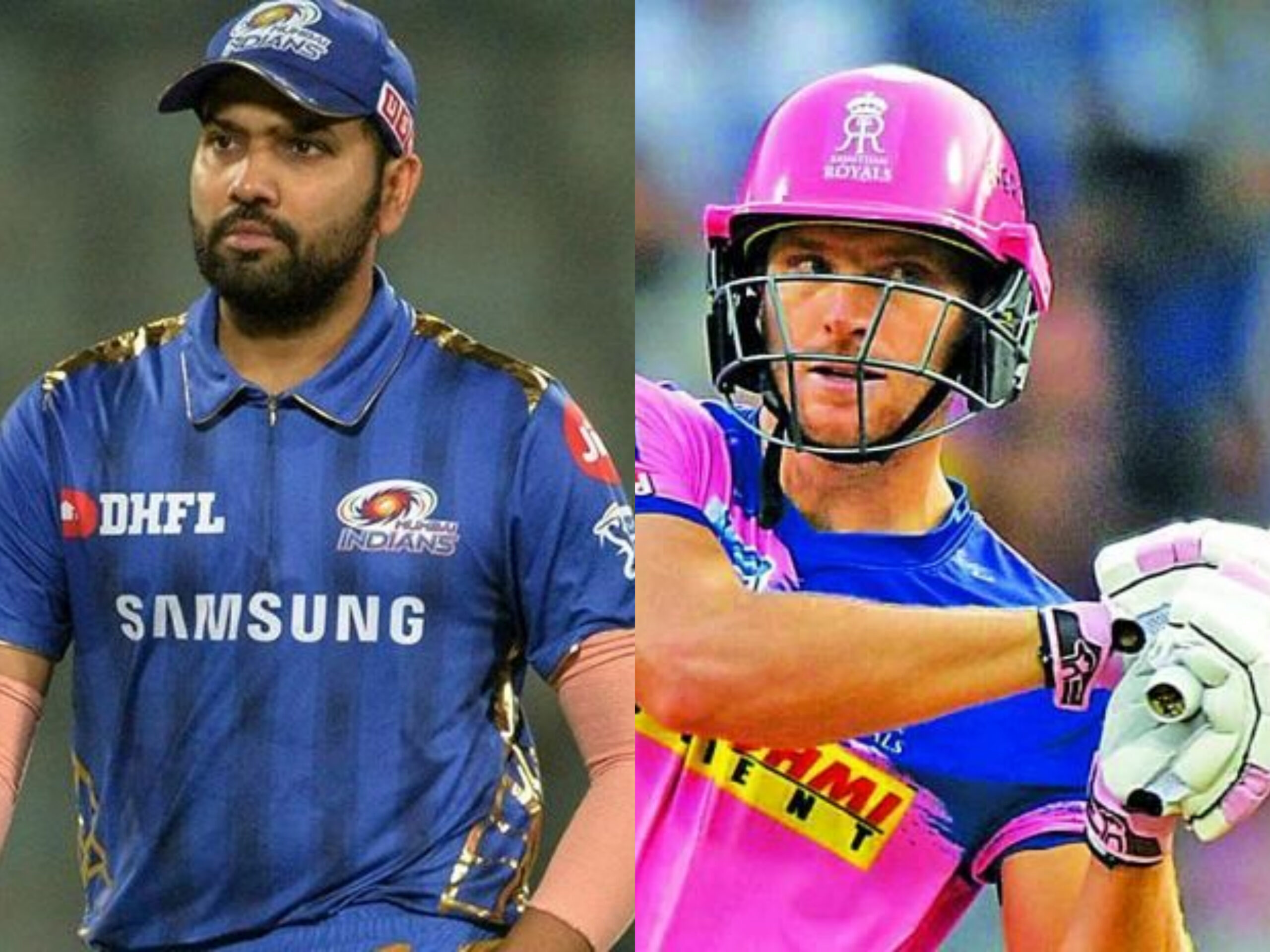 Rajasthan Royals soared to their second win of the season from as many games, by 23 runs over Mumbai Indians at DY Patil Stadium. Their total of 193 was only the second time a total has been successfully defended this IPL, the first by RR as well against SRH. Mumbai skipper Rohit Sharma, on the other hand, is still on the lookout for his side’s first win.

RR did well to get to 193. They were carried by a sparkling Jos Buttler ton, the first of IPL 2022. Sanju Samson backed up Buttler with 30 from 21, and en explosive cameo by Hetmeyer added 35 runs from only 14 deliveries. Then it was defended well by their world-class bowling unit of Trent Boult, Yuzvendra Chahal and Ashwin.

Rohit gave credit where it was due, saying, “They batted well to get 193. Buttler was exceptional, we tried whatever to get him out. We thought 193 on that pitch could’ve been chased, and [it was possible at one point] when we need 70 from 7 with 7 wickets [in hand]. These things can happen, still early days, can learn from it and come out better.”

Jasprit Bumrah was his usual lethal self, taking three wickets for just 17 runs. Even Buttler could not touch him, and Bumrah was the one to dismiss the centurion just four balls after he marked his 100. Tymal Mills was impressive too, taking 3-35, but Basil Thampi and Kieron Pollard had a horror outing on the field. A single over from both bled 26 runs each, the first courtesy of Buttler off Thampi, and the next when Hetmeyer went berserk against Pollard

Rohit Sharma says Tilak, Ishan were exceptional, they needed to bat till the end

Rohit found it hard to contain those batters when they were on song, saying, “One side of ground is big, we wanted to make batters hit there. This is why its so challenging when you come up against quality batter, they can explore all sides of the ground and you can’t really stop it.”

After losing Rohit and Amolpreet Singh early, MI’s two young guns Ishan Kishan and Tilak Varma pieced together a fine 81-run partnership from 54 balls. Rohit identified their batting as a big positive for Mumbai, along with their bowling. “Bumrah bowling well, Mills, Tilak played exceptional. Ishan was terrific. one of those could’ve batted till the end.”

But Ishan Kishan holed out to Boult after scoring 54, nearly giving Navdeep Saini a concussion, and Ashwin sent Tilak packing for 61.
Chahal took care of Tim David and Daniel Sams off successive balls in the 16th over. Kieron Pollard took 24 balls for his 22, and aside from a few hard hits down the ground, never looked ready to take off.

MI are dearly missing the services of Suryakumar Yadav, who is recovering at the NCA in Bangalore. Rohit said as much, adding, “He’s a key player, once he gets fit he’ll come in straight but we want to give him to recover because finger injuries can be quite tricky.”

‘With even 25 runs less, will back our bowling to defend’ – GT skipper Hardik Pandya after victory over DC
Jos Buttler reveals reason for subdued celebration after reaching 100