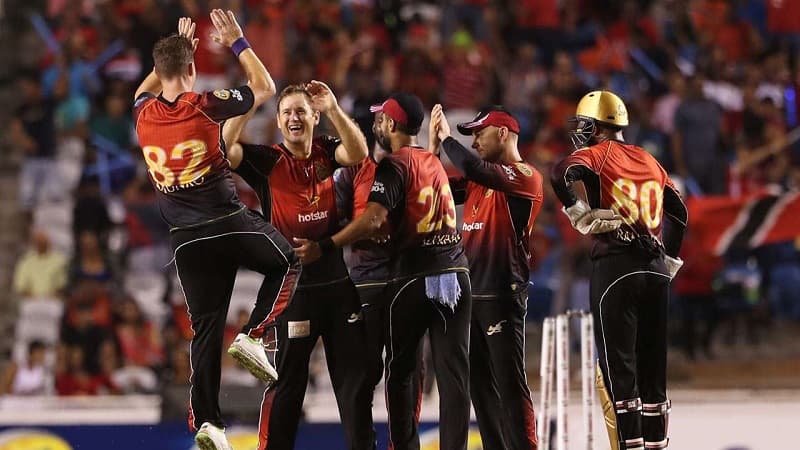 This team was originally named Trinidad and Tobago Red Steel. The Red Steel was later on named Trinbago Knight Riders in 2015 when the stakes of it were brought by a franchise team of IPL, Kolkata Knight Riders.

Trinbago Knight Riders have their home ground, Queen’s Park Oval. They won their first title in the year 2015, against Barbados Tridents in Queen’s Park Oval. The team has strong and experienced players. They have won the CPL title 3 times. So take a look at the Players List, Owner, Captain, Stadium, And Fixtures.

Who is the owner for Trinbago Knight Riders?

The owner of the Trinbago Knight Riders is the famous Bollywood star, Mr. Shah Rukh Khan. Along with him Jay Mehta also holds the ownership of the team. Jay Mehta is the husband of the beautiful actor/friend of Shah Rukh Khan, Juhi Chawla. Together they own the franchise of KKR- Kolkata Knight Riders in IPL also.

The team is lead under the captaincy of Kieron Pollard. Pollard is a professional Cricket player who has good experience in all fields of cricket. He is an aggressive all-rounder, a medium-paced bowler, and a big-hitting batsman. The performance of the team has been commendable under his captaincy.

What is the schedule of Trinbago Knight Riders 2021?