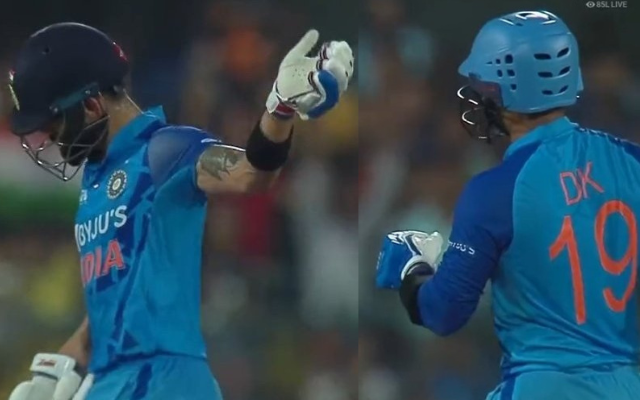 India got the better of Proteas by 8 wickets and took a 1-0 lead in the series. They are just a win away from winning the series. Meanwhile, the second T20I between India and South Africa is being played at Barsapara Cricket Stadium, Guwahati.

South Africa’s limited-overs captain, Temba Bavuma won the toss and chose to bowl first. Rohit Sharma who lost the toss said they want to play a good brand of cricket to entertain the fans.

“Just want to come out, play some good cricket and entertain the crowd. We have never beaten these guys here and it’s gonna take a lot of effort from everyone to do that,” said skipper Rohit after the toss.

Lokesh Rahul and Rohit Sharma got off to scintillating start to the game. The openers added 96 runs for the first wicket before Keshav Maharaj dismissed the Indian captain for 43.

On the other hand, KL Rahul departed after scoring 57 off 28 balls. Virat Kohli and Suryakumar Yadav combined together and dismantled Proteas’ bowling unit with 102-run partnership for the third wicket.

Surya scored 61 off 22 balls including 5 fours and as many sixes. On the other hand, Kohli who was batting on 49 off 28 balls had a chance to score a fifty in the last over.

However, he selflessly let Dinesh Karthik to dictate terms and continue the carnage off Kagiso Rabada. Karthik slammed 2 sixes and a four. Overall, Rabada conceded 18 runs runs in the last over.

And Sunil gavaskar on commentary: It's understandable, he is looking to take the run because he is on 49. Laanat hai.😡