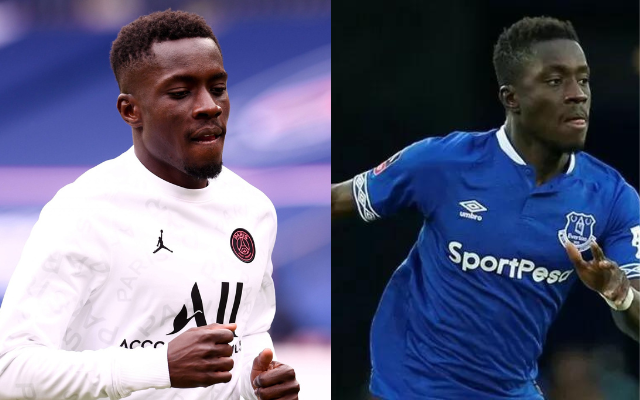 Everton has made overtures to Paris Saint-Germain in an attempt to acquire the services of Idrissa Gueye, a midfielder who has previously played at Goodison Park.

Following a disastrous season in which Everton came dangerously close to being demoted from the Premier League for the first time, Frank Lampard and Kevin Thelwell will be putting in long hours at Goodison Park to strengthen the team’s roster.

Everton has already brought in James Tarkowski and Ruben Vinagre, who will create competition and provide depth to the team. However, the club will need to bring in more players if they want to avoid being pulled back into a fight against relegation in the future.

According to Fabrizio Romano, Everton has contacted Paris Saint-Germain about the possibility of acquiring midfielder Idrissa Gueye. During the previous season, Everton’s lack of talent in the midfield was readily apparent.

Before signing with the French champions, the 32-year-old had a successful career at Everton, where he was widely regarded as one of the club’s most talented midfielders during his time there.

Everton has, in all likelihood, never truly found a suitable replacement for Gueye, but events have now gone full circle, and the Senegalese international player has a chance of returning to Goodison Park.

Gueye would provide some much-needed quality to the midfield, thanks to his energy and his ability to break up play, even though he is 32 years old.

Gana Gueye is considered to be one of the “undesirables” at PSG, and the club is working diligently to find a buyer for him as quickly as they can. Nonetheless, at this point in time, the conversations are still in the preliminary phases, and more meetings are scheduled to take place in the following days. The player formerly associated with Everton has been described as “one of the names on the list” at the Premier League club.

Gueye played for Everton for three years after being acquired from Aston Villa in 2016 and making more than one hundred appearances for the club during that time. Since moving to the Parc des Princes for a fee of €30 million, he has appeared 111 times for PSG and has scored seven goals for the club.

PSG’s primary objective for the next summer is to trim the roster down to a more manageable size. Gana Gueye is one of the numerous players that are included on the extensive transfer list that the club has. Other players on the list include Leandro Paredes, Julian Draxler, Ander Herrera, Georginio Wijnaldum, and Abdou Diallo.

ALSO READ: ‘The Club Is About To Sign 13 Players, Is It Legal?’-Twitter Reacts As William Carvalho Has Emerged As The Main Target For Nottingham Forest

This guy wasn’t good in the Prem before why bring him back?

This is what happens when you stand up for your beliefs

Everton fans won't be happy with this.

Cause he refused to wear some rainbow shirts. Sigh

How can I be homophobic? Midfield has Gueye

“In the 1999 tour of India, he was the one who convinced me to take Afridi…”, Wasim Akram recalls a decision on Shahid Afridi that changed his fortunes
Barcelona Owe £93.5 Million To Frenkie De Jong For The Next Four Years