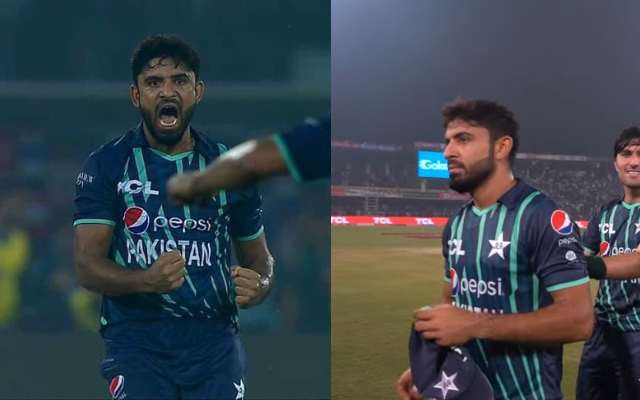 The fifth T20I between Pakistan cricket team and England cricket team certainly lived up to the expectations of the fans. The intriguing contest kept the fans at the edge of their seats.

The Green Shirts found support in the form of Mohammad Rizwan, who scored 63 runs off 46 balls. He struck as many as 2 fours and 3 sixes to his name at a strike-rate of 136.96.

On the other end of the spectrum, England bowlers namely Mark Wood accounted for three dismissals. The likes of Sam Curran and David Willey took 2 wickets each. England restricted Pakistan to 145 in 19 overs.

In reply, the game was stretched to the final over as both teams had a chance to win the game. However, in the end, Pakistan had the last laugh in the battle as they beat England by 5 runs to take a 3-2 lead in the series. England posted 139/7 in 20 overs.

England’s interim skipper, Moeen Ali scored an unbeaten 51 off 37 balls with the help of 2 fours and 4 sixes. However, his knock went in vain in the end. Pakistan pulled off the ropes from the jaws of the defeat. Meanwhile, the sixth T20I will begin on September 30, Friday at Gaddafi Stadium, Lahore.

Check out the Twitter reactions od the Pakistan vs England 5th T20I game below:

Against this weak England batting unit ?

Brilliant over by the debutant Amir Jamal ! 👏🏻 You did it boy ❤️#PakvsEngland #PakvsEng2022 pic.twitter.com/LsXRzJnS4f

Nerves of Steel At GSL by Lad !!! Star of Night – Dream debut <3 for Jamal Surely a Star in Making 💫♥️ #PakvsEngland pic.twitter.com/HhmVz6Pi9a

That last over from amil jamal, a new debutant for the team…insane i must say given the pressure he was in#PAKvsENG #PakistanCricket

“When you swing the ball like that any batter will struggle”, Rohit Sharma in awe of the Indian pacers
‘Fun fact both are good in the powerplay only‘-Twitter reacts as Mohammed Shami or Deepak Chahar likely to replace Jasprit Bumrah in the T20 World Cup squad