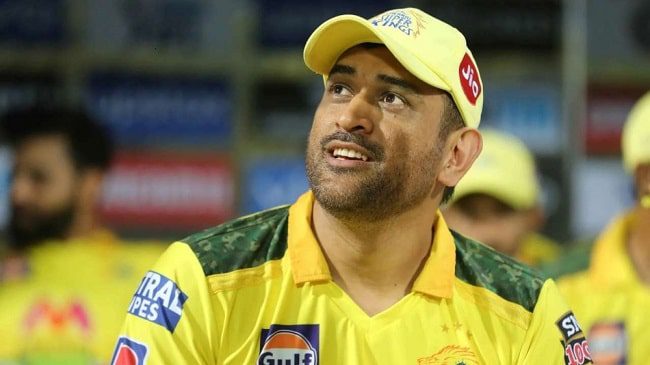 MS Dhoni has decided to step down as captain of the Chennai Super Kings, handing over the reigns to all-rounder Ravindra Jadeja. The franchise has assured its supporters that Dhoni is going nowhere, and that he will remain a part of the their unit for “this season and beyond”.

CSK CEO Kasi Viswanathan shed some more light on the matter, saying the decision has been in the works for some time. “MS Dhoni was thinking about it. He felt it is the right time to hand over captaincy to Jaddu [Jadeja]. He feels Jaddu is also in prime form of his career and it is the ideal time for him lead CSK. What will be good for the franchise must be [in the] back of his mind,” Viswanathan was quoted as saying.

Jadeja has been singled out by Dhoni, and groomed as the next leader ever since CSK lifted their fourth IPL trophy last year. “He [Jadeja] has been talked to earlier. Even last year there was proposal. We knew he would be the best person to succeed MS. It is similar to when he handed Virat the captaincy after having groomed him for a few years at international level. Similarly, he wanted the transition to be smooth,” Viswanathan said.

Viswanathan praised Jadeja, also adding, “Jaddu has the potential to do well for the franchise. He is a good all-round cricketer, playing his best, he can get the team around. And MS’ guidance will always be there. This will be a good induction program,” he added.

It’s interesting to note that the last time Ravindra Jadeja captained a cricket side was on 28 October 2007, when he led Saurashtra U19 against Mumbai U19 in the Vinoo Mankad U19 tournament at the Western Railway Ground in Rajkot.

Twitter reacts to  MSD passing on the baton to Jadeja

Meanwhile, Cricket Twitter erupted as soon as the announcement came up on the Chennai Super Kings’ website.

‘Chinna Thala’ was once groomed to fill Dhoni’s oversized shoes. And even despite being unceremoniously dropped from the franchise to whom he showed unswerving loyalty, he still had the grace to congratulate his ‘brother’ Jadeja.

Absolutely thrilled for my brother. I can't think of anyone better to take over the reins of a franchise we both had grown up in. All the best @imjadeja . It's an exciting phase and I'm sure you will live up to all the expectations and love #yellow #csk #WhistlePodu

Harsha Bhogle agreed this was truly the end of an era for Dhoni’s legions of fans.

We use the expression "end of an era" very loosely sometimes. But Dhoni giving up the captaincy of @ChennaiIPL is truly the end of an era for all those loyal fans with whom he forged a relationship of the kind very few have.

Wasim Jaffer found a parallel between Dhoni relinquishing his captaincy, and his namesake Mahendra Bahubali from the hit Telugu film Bahubali 2.

No Sagar, the IPL definitely will not be the same.

Are you as excited for IPL as you were yesterday?

If you didn’t tear up a little at this picture, do you even like cricket?

It's been a pleasure, MS Dhoni (C). 💛💗 pic.twitter.com/lNP2eMHdqf

A former CSK teammate and wicket-keeper Tweeted in support of MSD’s decision.

As always with #MSDhoni𓃵, the timing of his decision is superb. Great way to pass the baton and #jadeja can learn a lot when #Dhoni is still around behind the wickets. #captainforever #Dhonism #IPL2022

We can all agree, Mufaddal Vohra, that Dhoni’s achievements will never be matched.

MS Dhoni has left a legacy behind which is incredibly tough for anyone to reach. 12 seasons as CSK captain, 9 finals and 4 trophies. Mad success as a captain, one of the mastermind of the game.

MS Dhoni to step down from CSK captaincy, Ravindra Jadeja to lead in 2022
‘Don’t think it’s me’ – Kane Williamson answers questions whether he is the ideal captain