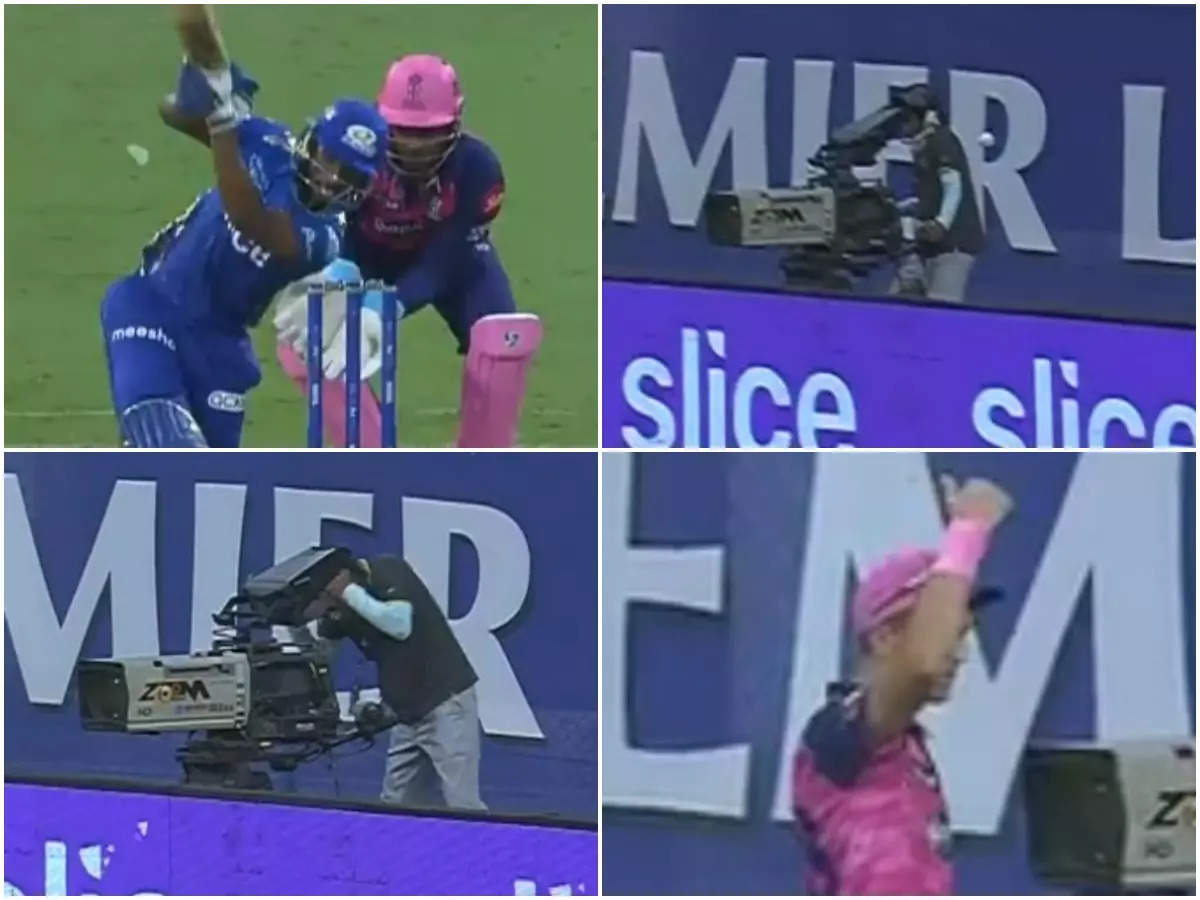 Sixes have struck fans on several occasions. However, this time around, the six struck a cameraman, which occurred during the game between the Mumbai Indians and the Rajasthan Royals. Tilak Varma launched a direct shot towards long-off off Riyan Parag. He was able to clear the fence. However, the ball struck the cameraman in the head.

In their second game of the IPL 2022, Mumbai Indians were chasing a gigantic goal of 194 against the Rajasthan Royals, after losing their previous game against the Delhi Capitals. Jos Buttler scored a century for the Royals in the opening innings, and he was instrumental in putting up the massive total for the squad.

MI lost two wickets early in the innings when chasing a large total, and the team was reduced to 40/2 at the time. Ishan Kishan and Tilak Varma put up a third-wicket stand that helped to keep the innings afloat, but Kishan was bowled for 54 runs after a slow start. Tilak was in the midst of a magnificent inning when an unforeseen incident occurs during his batting sequence.

When Riyan Parag was bowling the 12th over of the innings, he delivered a full-length delivery on the final ball of the over, which ended up being the big six. In one smooth hit, Tilak lofted it straight towards long-off and over the fence. The ball struck the cameraman in the head, but Boult, who was fielding deep, first checked on the camera person before focusing on the ball.

The following is a collection of reactions to the incident on Twitter:

What a clean hitting by Tilak Verma#MIvsRR