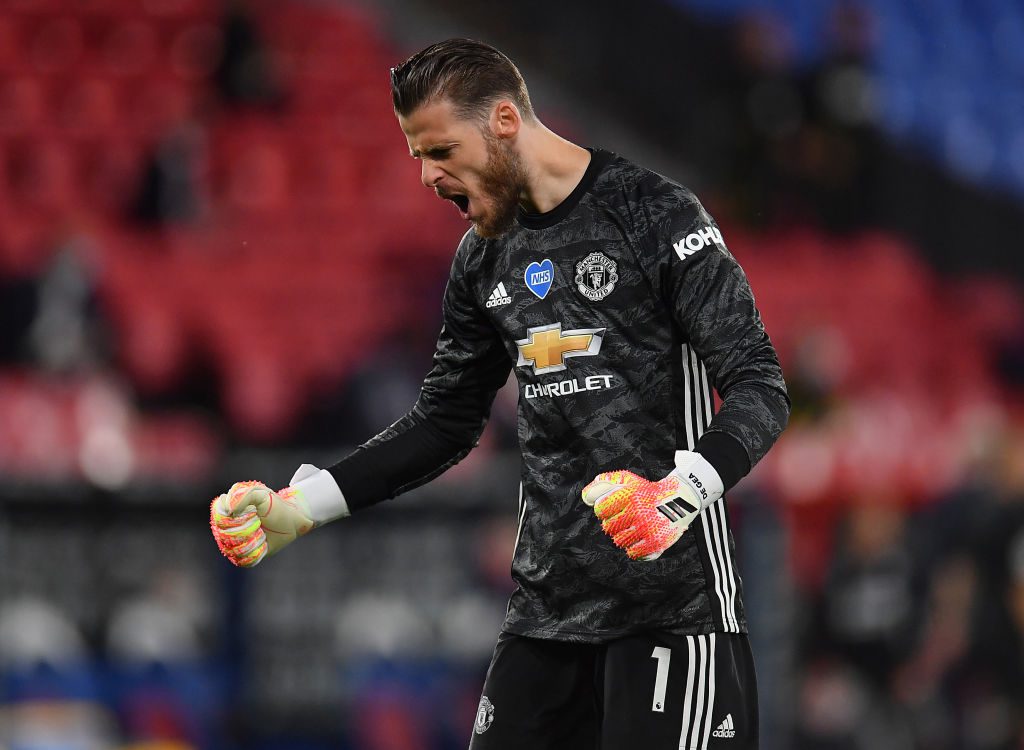 Manchester United was clearly unwelcome at Carrow Road as Cristiano Ronaldo was booed every single time h5e managed to get at the end of the ball. The atmosphere was hostile and seemingly the crowd hated the fact that they had to be stay shut after the Portuguese marksman stepped up from the spot and slammed the ball home. However, the true hero of the match for Manchester United was none other than David De Gea.

The Spanish goalkeeper pulled off a phenomenal job under the woodwork as he denied Norwich a whopping five times from inside the box that included not just insane acrobatics but razor-sharp reflexes that he delivered with blazing distinction.

A glimpse at the heroics pulled off by David De Gea

Despite starting on the front foot, Bruno Fernandes and Cristiano Ronaldo were clearly off their element for the night as they couldn’t really fashion their chances and ended up bundling into a scrimmage of players or overkilling the passes.

After the initial ten minutes of reticent football, shots were fired from both ends as Alex Telles hammered an absolute blaster into the Norwich wall from a free-kick that took a thick deflection off Sargent and needed a rising save from Krul to trade it for a corner.

Ronaldo got his first break in the 37th minute when Fred and McTominay combined brilliantly to tee up Ronaldo and the latter got a slightly more on his opening touch than he would have wanted and ended up dragging the ball back in, skinning off two defenders in the process and let a thunderbolt fly only to be parried away by a diving Krul.

Just as we were heading towards the breather, an uneventful first half sprang back to life with David De Gea having to deny Rupp as the latter noggined straight at him.

David De Gea came to life in the 57th minute again when a transcending belter from Pukki had to be met by substantial force from the United custodian to be traded for a corner.

Despite a good game until then, things unspooled for Norwich City in a moment of madness as Aarons ended up putting an arm around Ronaldo’s neck and the latter made a meal of it inside the box.

The referee pointed to the dreaded spot and despite all the attempts in the world by Krul to leave Ronaldo unsettled before the penalty, he was veered off in the opposite direction as the ball was blasted into the back of the net.

Norwich showed an instant burst of urgency as they almost found the back of the net through Kabak who outjumped Maguire and smashed a thumping header that was brilliantly parried away by a diving De Gea.

De Gea denied Kabak again when he palmed away a low effort from the latter even though later it was adjudged as offside. Had it not been for the flying Spaniard, Manchester United could have very well been condemned to another defeat that would dent their aspirations to make it to the list of contenders for the top four by a proverbial mile.

Twitter was glad that the Spanish custodian got his footing back and continues with his blazing illustration of saves as Manchester United’s pursuit of the top four continues.