Udinese Vs Cagliari, Betting Predictions; Where To Watch? 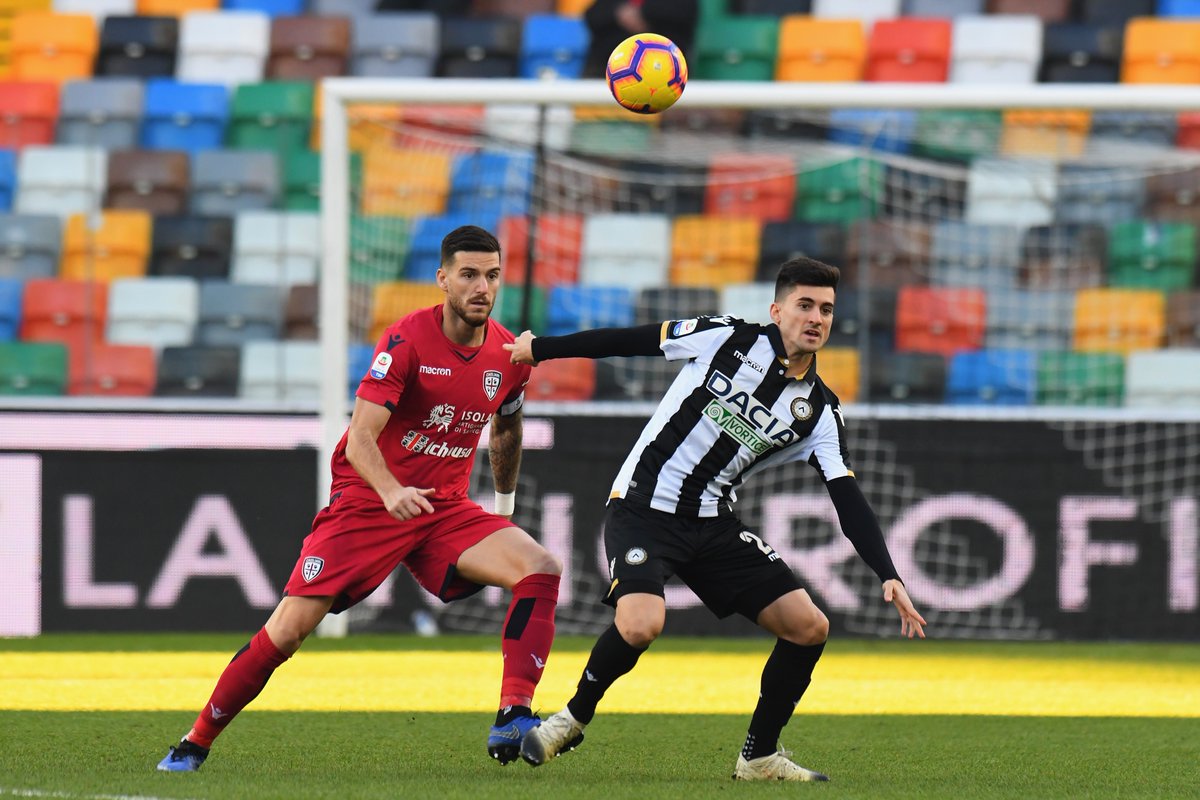 Udinese vs Cagliari Where to Watch?

After receiving a late red card against Napoli, Udinese centre-back Pablo Mari will be suspended for the match. Either Marvin Zeegelaar or Filip Benkovic will be called upon to fill in for the Arsenal loanee since Nehuen Perez is still out with an ankle injury sustained last week.

With Gabriele Cioffi likely to be without Gerard Deulofeu on Sunday as well, another ex-Watford player, Ignacio Pussetto, is ready to jump into the breach in the attacking midfield position on Sunday. Beto, a Portuguese striker who has lately surpassed Deulofeu as the club’s leading scorer, could form the backbone of the attack with him.

Cagliari, however, will be without a striker this weekend as well, since Leonardo Pavoletti has tested positive for COVID-19; Romanian midfielder Razvan Marin is also undergoing treatment for the virus. Although they are approaching their respective returns, Nahitan Nandez and Kevin Strootman are both still out due to injury, which means Daniele Baselli and Alessandro Deiola might be called upon to start in Walter Mazzarri’s three-man engine room on Sunday.

Captain Joao Pedro, who made his Italy debut at the age of 30 – although under tragic circumstances – has scored just once in his past 13 league outings, according to the league’s statistics. Even though he is suffering from his worst run of form in more than three years, the Brazil-born striker has scored in three of his previous four outings to Udine – including the last two.

Cagliari has only lost four consecutive Serie A games without scoring once before, in September 2008 – coincidentally, under current Juventus coach Max Allegri – and they may escape that fate if they take a point home from their match against Napoli on Sunday afternoon. Udinese are unlikely to be pushed into the heart of the relegation struggle, and as a result, they may not be able to match their energy on a like-for-like basis, and as a result, they may be caught out defensively at some point.