“He is an American”, Twitter reacts after Unmukt Chand becomes the first Indian player to get a Bangladesh Premier League contract 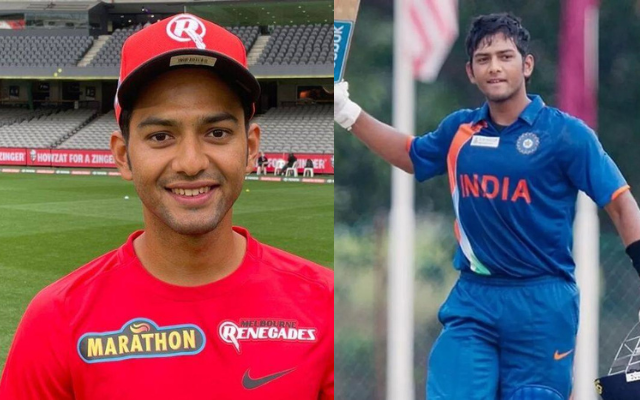 Unmukt Chand was one of the breakout stars in Indian cricket during the initial days of his playing career. Under his captaincy, India won the ICC U-19 World Cup 2012 by beating Australia in the final.

He scored an unbeaten 112 including 9 fours and 6 sixes to his name in the final and helped the team beat Australia by seven wickets. Moreover, he finished the competition as the second leading run-getter with 281 runs from 5 games.

He was only 6 runs short of the leading run-getter Daniel Bell-Drummond. Unmukt Chand drew plaudits for his captaincy and for his exceptional batting performance and was also considered as the next big thing in Indian cricket.

However, in reality, that didn’t happen as he didn’t make his debut for Team India due to stiff competition in the national cricket team. The 29-year-old then shifted his base to the USA to enjoy playing the sport.

It is also worth mentioning here that he was the 2021 Minor Cricket League USA winning captain. He aggregated most runs in the competition and the fans heaped praise on the Delhi-born for his terrific batting performance.

Meanwhile, Unmukt Chand became the first Indian cricketer to get a Bangladesh Premier League contract. He will be looking forward to playing in the BPL. For the unversed, he has played 21 matches in the Indian Premier League, scoring 300 runs at an average of 15.

He smashed 1 half-century to his name while playing for Royal Challengers Bangalore against Mumbai Indians. He will represent Chattogram Challengers after being roped in Bangladesh Premier League players’ draft.

In fact, the 29-year-old cricketer had registered for the BPL draft earlier in November. However, Chattogram Challengers expressed a great deal of interest to purchase his services. He has also represented the Melbourne Renegades franchise in BBL 2021-22.

He is a man of firsts. First U19 WC winning captain to have never played for India https://t.co/ag3q3SFr62

Says a lot about the league https://t.co/hDWbPyx6g0