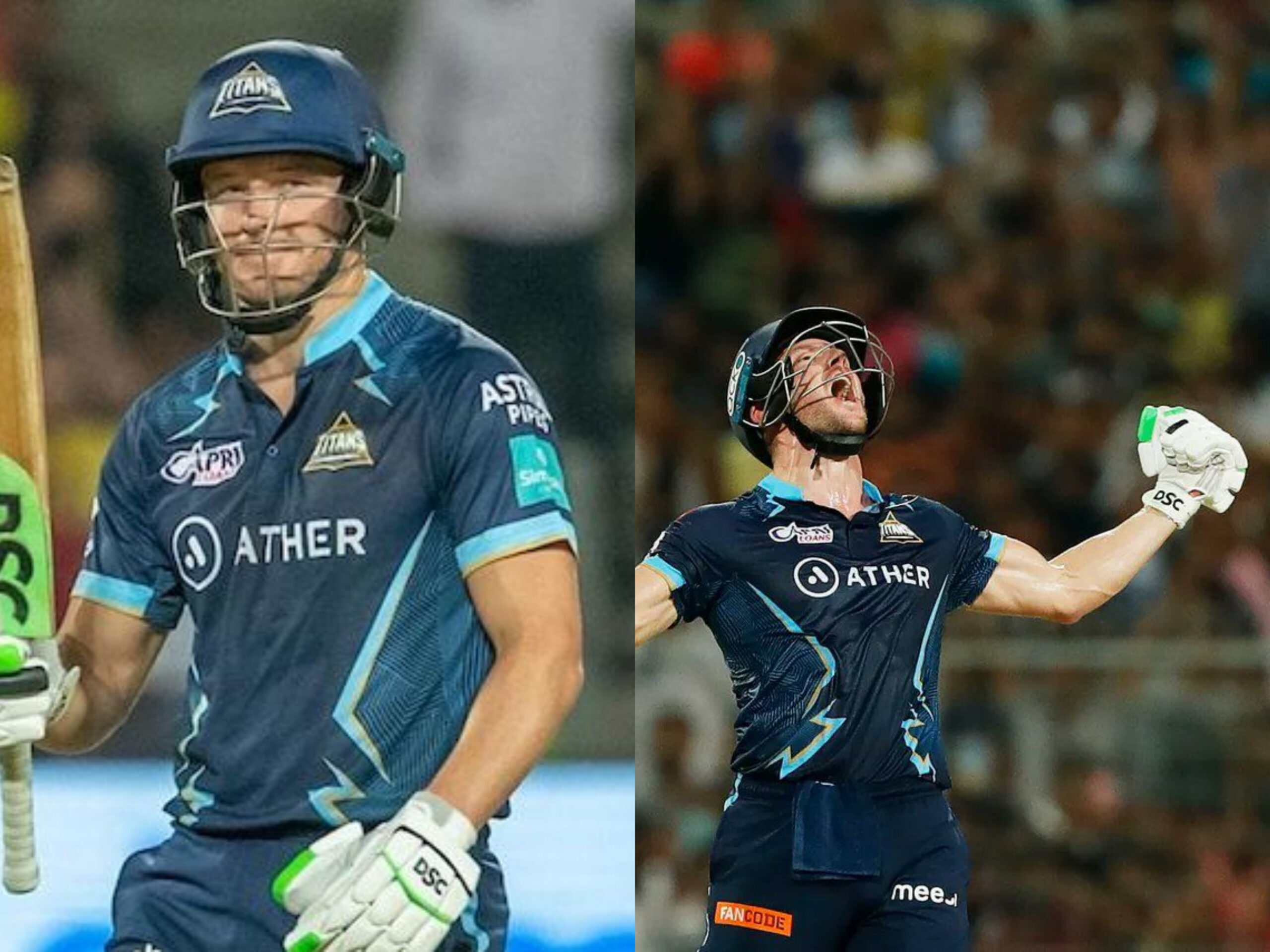 David Miller scored a rousing half-century for the Gujarat Titans against Rajasthan Royals in the first Qualifier of the IPL playoffs. He smashed 68 off 56 balls at a strike-rate of 178, his knock including three fours and five sixes. In an unbeaten century stand beside skipper Hardik Pandya, Miller’s innings took the Titans home with three balls remaining, and seven wickets still in hand. The Titans now go through to their first ever final in their debut season.

Miller joined his skipper Hardik at the crease in the tenth over, when Matthew Wade’s wicket fell for 35. They stitched together an unbeaten 106-run partnership off 61 balls. By the start of the 15h over Hardik raced to 32(17) while Miller, who’d taken his time, had scored 14 off 15 balls. GT needed 60 off the last six overs.

David Miller hits 2nd half-century of the season, GT go through to final

After that, Miller dominated the strike. Hardik would face another 10 balls and score eight more runs. Miller, on the other scored 52 of the team’s remaining 60, 54 in total. He reached his 50 in the penultimate over off 35 balls. The tight 19th over from Obed McCoy, despite a Miller four, meant that the Titans need 16 off the last one.

Prasidh Krishna was entrusted to bowl it, and he was destroyed in the space of three balls. Miller hammered him for three consecutive sixes, and GT finished the game with three balls to spare.

David Miller and Hardik Pandya are the top run-scorers for GT this season, Hardik pipping Miller for the top spot by four runs. The South African has made 449 runs this season at a strike-rate of 141, averaging 64 from 15 innings.

David Miller was unsold in the first round of #IPL2022 mega auction. Now he takes Gujarat Titans to the final. What a story!

Miller has been unbelievable this season. Man scored almost 450 runs at 60+ avg & 141 strike rate. Guy played 10 matches in the last two seasons combined & scored just 124 runs. Talk about a comeback season. Don't think he would have gotten a game if it was a 8 team tournament.

Failed to deliver in the last over in a league stage game against mi when 9/6 needed , comes back to pull off things when 16/6 needed at death to take his team to the finals. David Miller.