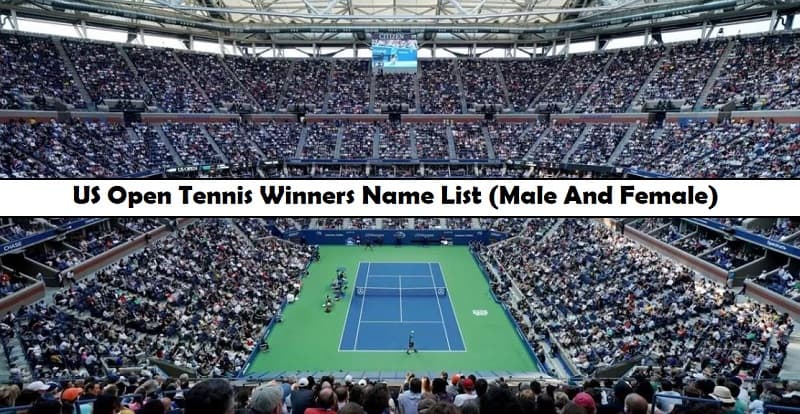 US Open is America’s biggest Tennis tournament played by Men and Women. It is chronologically the fourth grand slams that happen each year. US Open is held at the USTA Billie Jean King National Tennis Center, New York City, United States. It is played outdoor on a hard court. Check US Open Tennis Winners Name List.

The USTA is the national body that organizes this event. It is a non-profit organization. US Open comprises of five categories Men and Women Singles, Men and Women Doubles, and Mixed doubles match. The US Open is a 2-week tournament. Generally takes place at the end of August and end by mid-September. Take a look at the winners of the US Open Tennis Men and Women.

Women singles had also undergone several changes since 1888. The event started off with a knockout stage. At the All commoners stage, the winner had to face the defending champion in the challenging round. Under the challenge round format, Elisabeth Moore holds the record for most singles titles with 4. Hazel Hotchkiss Wightman holds the record for most consecutive titles at three (1909-1911).

Check out the entire list of winners and runner’s up from the period 1968-2020 of Men’s Singles tennis US open,

Check out the list of winners Women’s Singles and the runner’s Up for the period 1968-2020,