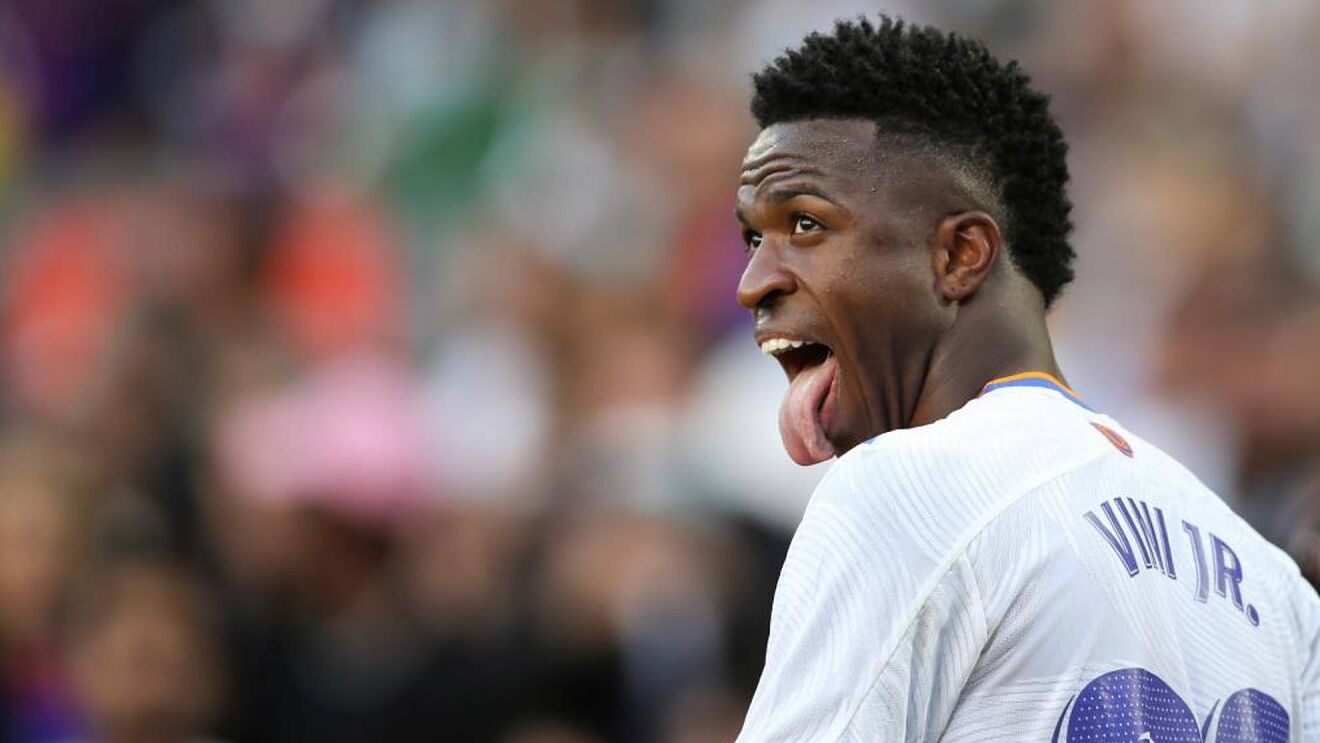 Vinicius Jr. is a Brazilian winger/forward who joined Real Madrid in 2017 for a reported €46 million from Brazilian club Flamengo as an 18-year-old. Now 21 years old, the fiery forward has just had a breakout season for Real Madrid, helping his side win a 35th La Liga title and playing a big part in taking them to yet another Champions League final. He’s also represented the Brazilian national side, making his debut in September 2019 against Peru.

What is Vinicius Jr. salary?

According to the Football Manager database, one of the most in-depth ones in the world, Vinicius Jr. earns €215k per week before tax. For a season, that would equate to €10.32m a year before tax. Vinicius Jr.’s salary is fairly high for a youngster but this is to be expected at a big club like Real Madrid. He signed a new deal last August, extending his contract from 2025 to 2027. The new contract seems to have coincided with an upturn in his performances.

A source of frustration among Madridistas in previous seasons, the youngster is finally showing them and the wider world his potential. He’s arguably been one of the most improved footballers of the year and lots of credit has to go to Carlo Ancelotti but most of it should go to Vinicius himself. There’s still some way to go for Vinicius Jr. to reach his full potential. If he reaches that ceiling, the sky is the limit and so is a larger salary in the future.

How much does Vinicius Jr. earn per goal contribution?

Also read: What is Rodrygo’s salary?

What is Vinicius Jr.’s shirt number?

The Brazilian dons the number 20. This is a shirt number he has worn since his time at Flamengo. The forward revealed that the number has always been kind to him when speaking on his YouTube channel.

Here’s how he put it:

“Number 20 has brought me good luck. In Flamengo, I was very happy and I made my debut wearing number 20. My first games in professional football were with this number and this season I had the opportunity to change and I feel more comfortable.”

Where is Vinicius Jr. from?

Vinicius Jr. is of Brazilian nationality and hails from São Gonçalo, which is a municipality located in the state of Rio de Janeiro. Like most Brazilian footballers, Vinicius Jr. is known for his flair but there’s also a toughness and intensity to him, which makes him an invaluable team player. He should make it into the Brazilian national squad for the upcoming World Cup in Qatar unless there’s an injury concern. He has made 12 appearances so far for the Seleção.

What is Vinicius Jr.’s age?

Vinicius Jr.’s age is 21 as of May 2022. However, his story has been fairly well-documented since his teenage years. Like most wonder kids, there has been media attention on him for some time and with that come great expectations. It isn’t easy for a player who represents Brazil and Real Madrid but he’s done a fine job so far. Vinicius Jr’s got a long career ahead of him and he’s only just getting started.

Which clubs has Vinicius Jr. played for?

Before joining Real Madrid, Vinicius Jr. played for Brazilian club Flamengo, making his debut in 2017. He joined the club in 2010. Prior to passing the football trial test at Flamengo, Vinicius hadn’t made up his mind about pursuing a futsal or a football career. He chose football and the decision seems to have served him well.