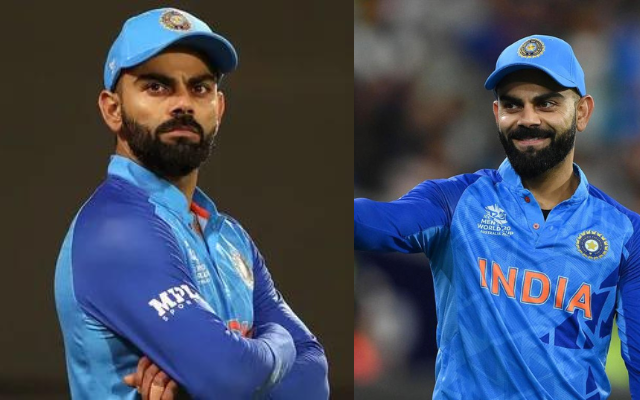 Former Indian captain Virat Kohli has reached 50 million followers on Facebook. With this, he has now become the first Indian, first cricketer, and first Asian to cross 50 million followers on Facebook, Twitter, and Instagram. It is a known fact that besides being India’s best cricketer, Virat Kohli is also the biggest star in the nation. He has an insane following all across the nation. The fact that he is the third-most followed athlete in the world after Cristiano Ronaldo and Lionel Messi tells us a lot about how famous he is all over the world. Thus, his breaking social media records is not surprising at all. That is what we expect him to do.

However, Virat Kohli has finally gotten his cricketing form back, and he is apparently ready to break some records on the field as well. After scoring 100 against Afghanistan in the Asia Cup 2022, Virat hinted at what to expect from him in the World Cup 2022, and he proved his haters wrong in the ICC event. He was not only the top scorer of the T20 World Cup 2022, but he was also India’s best player in the tournament. The entire Indian team was literally relying on Virat’s consistency, and thus they just could not go past the semifinals.

Now, we need the same type of consistency from Virat Kohli in the upcoming 2023 ODI World Cup as well. The tournament will be played in India, and this is our best shot at winning the World Cup. Team India has been going through a rough patch as far as ICC trophies are and we can finally break that in the 2023 ODI World Cup.

And for that, Virat Kohli will have to keep on performing in the same way he is doing right now. However, the other teammates will also have to support Kohli in his attempts.

“When he’s batting purely on instinct…”, Shane Watson provides a piece of advice to KL Rahul to get out of his off form
“Sometimes you have to wait when other player is doing well..”, Shikhar Dhawan reveals why Sanju Samson is dropped in favour of Rishabh Pant