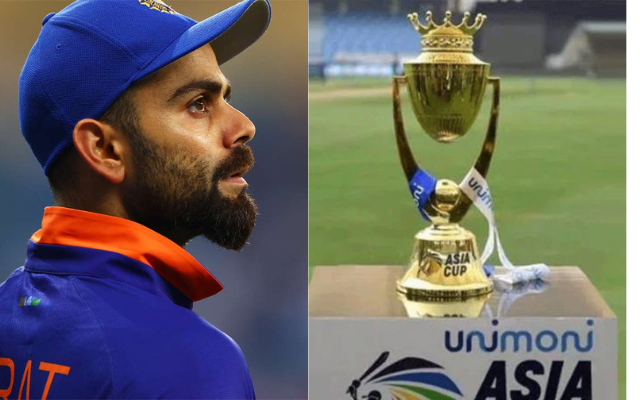 On Saturday, July 30th, the Board of Control for Cricket in India (BCCI) named a 15-man member team that would play Zimbabwe in a three-match one-day international series beginning the following month. In the 50-over format, Rohit Sharma will maintain his absence from the game, and Shikhar Dhawan will once again take charge of the side in his place as captain. However, the reason for Virat Kohli’s absence is still unknown, even though this was anticipated.

The debate over whether or not to include Kohli in the national squad for the trip to Zimbabwe has generated a lot of discussion, and it has sparked a lot of controversy. The sluggish form of the star batter has caused anxiety among several specialists with significant tournaments on the horizon, the Asia Cup being the most crucial of them. The former captain of India is stepping away from the sport to focus on improving his batting performance, which has been heavily criticized over the last few years.

The senior batter reportedly told the national selectors in a chat that he would be available for the Asia Cup later on in the month. Notably, the Indian squad will have a very busy schedule between the Asia Cup and the Twenty20 World Cup, which will begin in October and take place in Australia.

“Virat has informed the selectors that he would be available beginning with the Asia Cup. After the Asia Cup and up to the completion of the World T20, the players on the first team will have very little time to relax. They have a two-week gap following their tour of the Windies during which they may recuperate,” according to a remark from a source obtained by Hindustan Times.

Deepak Chahar, a pace bowling all-rounder who has been out for the last five months due to ailments to his hamstring and back, has finally made his way back into the Indian team’s lineup. After an outstanding performance with Lancashire in the county tournament, prodigious off-spinner Washington Sundar has also been recalled to the team. This recall comes as a result of Sundar’s participation with Lancashire.