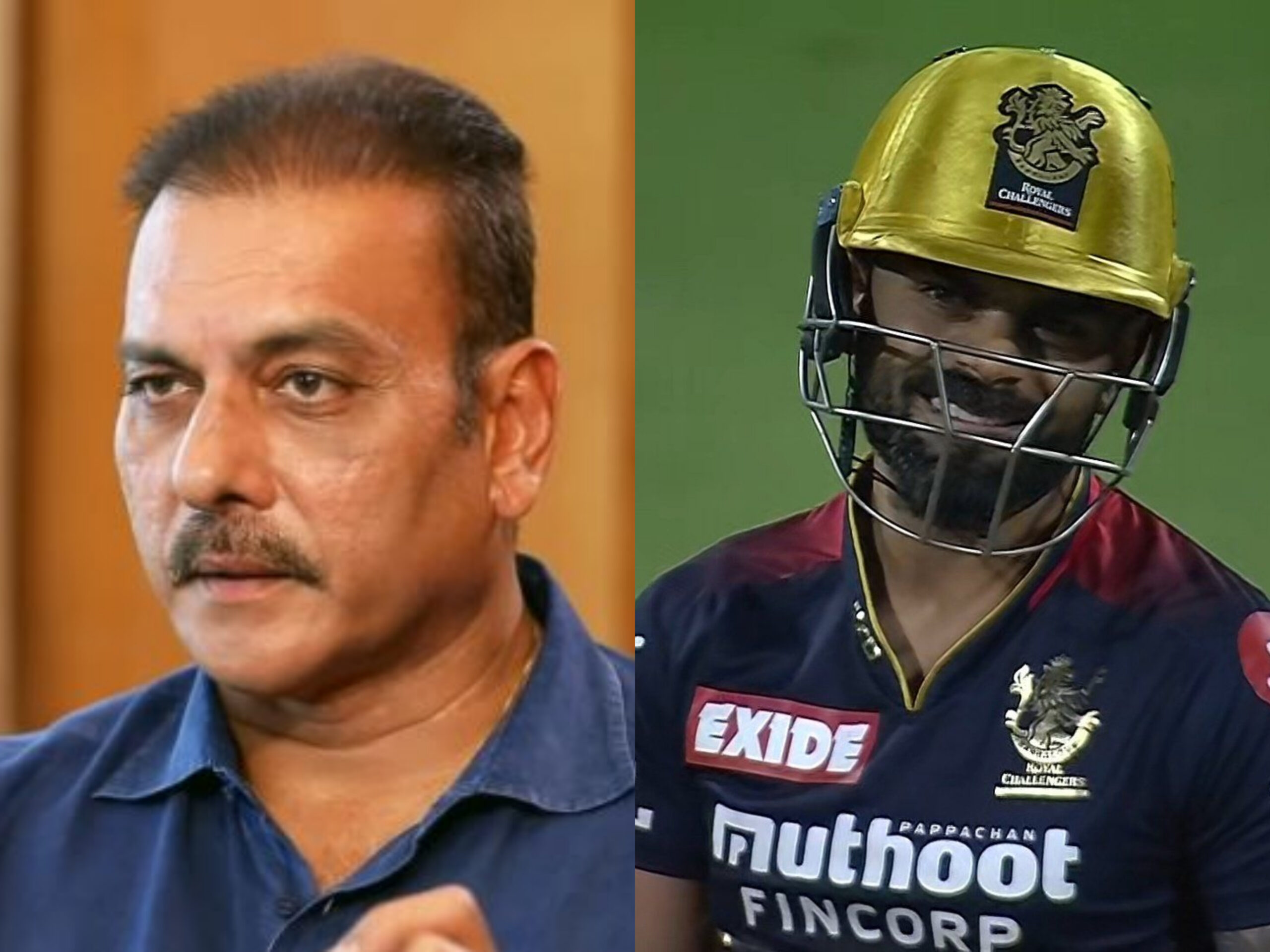 Virat Kohli’s poor run of form shows no sign of letting up. Yesterday he fell for a first-ball duck against Dushmantha Chameera during Royal Challengers Bangalore’s game against Lucknow Super Giants. Indian batting legend and former coach Ravi Shastri believes that Virat Kohli is ‘overcooked’ and needs a break, whether it occurs before after the England tour in July.

Kohli’s most recent scores for RCB read 0, 12 and 1. He has two forty-plus scores from his last seven innings, but hasn’t managed to cross 12 runs in any of the remaining games. To make things worse, his first-ball duck left RCB two wickets down in two balls, in tatters at 7-2 in the first over of their innings. Yesterday’s was his first golden duck since 2017, when he fell first ball to Nathan Coulter-Nile during a game against Kolkata Knight Riders.

“I am going straight to the main guy here. Virat Kohli is overcooked. If anyone needs a break, it’s him,” Shastri told Star Sports on Tuesday. “Whether it’s two months or a month and a half, whether it’s after  England or before England – he needs a break because he has got six-seven years of cricket left in him and you don’t want to lose that with a fried brain.”

Virat Kohli has now played a hundred games across formats – 17 Tests, 21 ODIs, 25 T20Is, and 37 IPL matches – without scoring a ton. His drought for the 71st century has carried on since November 2019. Ravi Shastri acknowledges that the bio-bubble is an important factor in a player’s mental state, and that the situation must be handled as delicately as possible.

“When I was coach at the time when this first started, the first thing I said is ‘you have to show empathy to the guys’,” Shastri explained. “If you’re going to be forceful, there is a very thin line there, from a guy losing the plot as opposed to him hanging in there and giving his best. So you have to be extremely careful.”