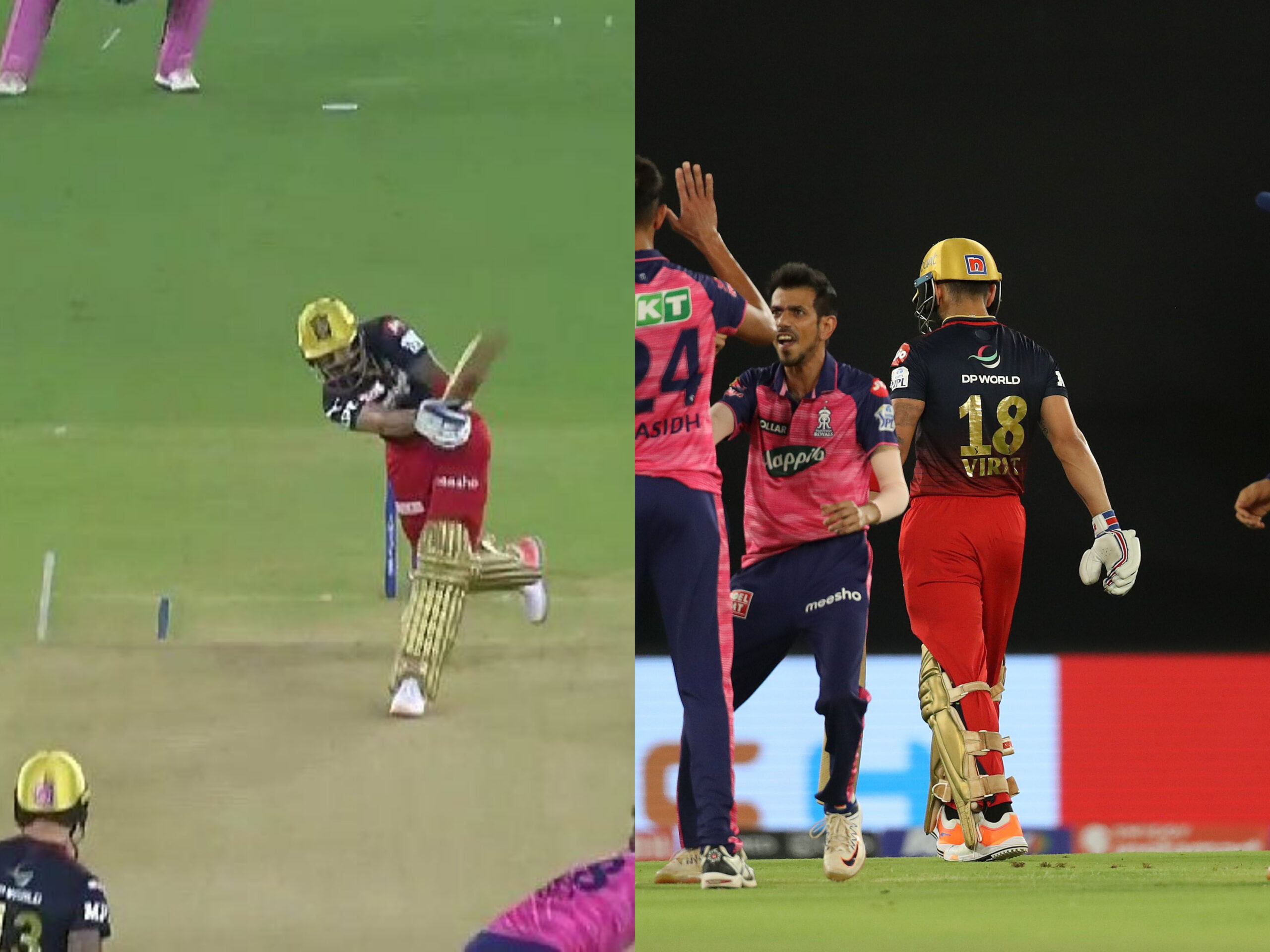 Virat Kohli had another disappointing performance for the Royal Challengers Bangalore, this time in the second Qualifier against Rajasthan Royals. He was dismissed by Prasidh Krishna in the second over, and had to go after scoring 7(8). A fifty from Rajat Patidar ensured RCB’s innings kept going.

Kohli showed aggression right off, hitting Trent Boult for a 72m six that sailed over square leg. But he would only last a few more balls. Prasidh Krishna was bowling a test match length outside off that troubled Kohli. Only one run had been scored off the over so far, followed by him defending and leaving two deliveries. Pressure began to creep in.

An outswinger held its line after pitching. Kohli tried to push at it but missed the line and ended up with a thick edge, which Sanju Samson pouched gleefully behind the stumps. His wicket left RCB at 9-1 in the second over.

Kohli has had a difficult IPL season, his worst since the inaugural edition in 2008. In 16 innings he has scored 341 runs at an average of 22, and a disturbing strikerate of 115. He has only two fifties from the IPL this year. Though he played a fluent knock, scoring 73(58) against Gujarat Titans in RCB’s last league fixture, he hasn’t managed to build on that form yet.

The winner of Qualifier 2 goes through to the tournament final against Gujarat Titans. They will play for the trophy on May 29 at the Narendra Modi Stadium in Ahmedabad, Gujarat.

Kohli is the chief clapping officer for RCB.

This guy Kohli poking the bat at a ball he doesn’t need to pic.twitter.com/bBhq8v2P33

Kohli's shot appears nonsensical until you realize that given his technique it was the most likely shot. The issue basically is that the he plants his foot across, then that predisposes his back shoulder to open up and downswing to be initiated from wider–factors that don't le