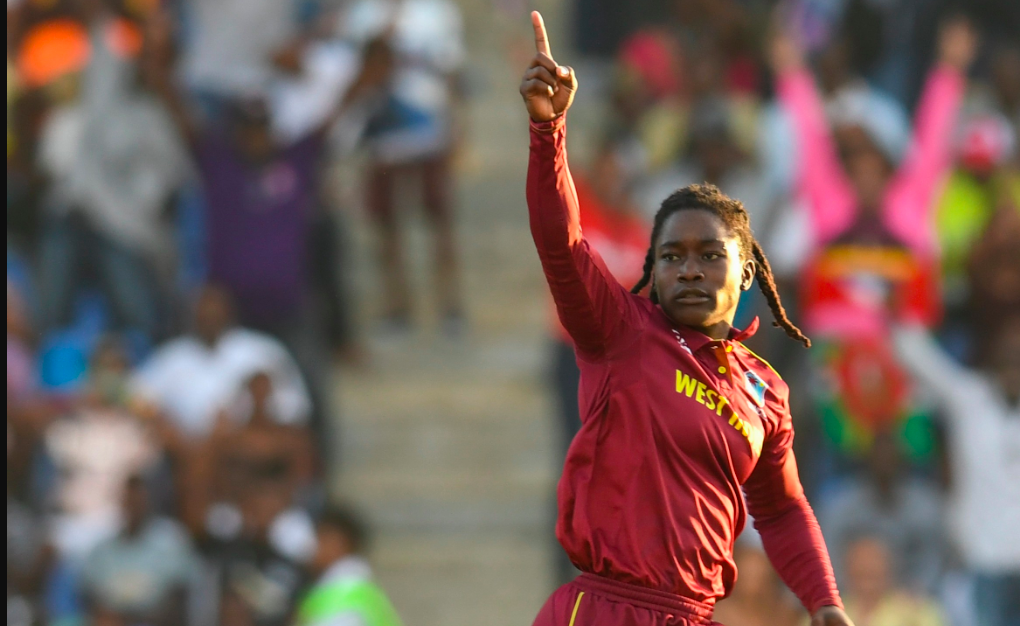 Deandra Dottin hasn’t had a great time with the bat in the ongoing edition of the Women’s World Cup. She has got into double figures, but hasn’t been able to convert the starts. But she has been stupendous when it comes to bowling and fielding. After her heroics in West Indies’ opening game against New Zealand in the tournament opener, she showed her class against England.

At the University Oval in Dunedin, Dottin showed how good a fielder she is. In the ninth over of England’s run-chase, she took a stunning catch to send Lauren Winfield Hill back to the hut. Winfield Hill was looking to put her head down, having scored 12 runs off 27, but she failed to carry on. Fast bowler Shamilia Connell bowled a short and wide delivery and Winfield Hill went for a cut shot.

She seemed to have timed the ball well, but didn’t get enough elevation. Dottin sensed a chance to take a catch and made a full-stretch dive on to her left. Dotting showed great reflexes and took a stupendous catch. The ball had almost passed Dottin when she caught hold of the ball. The West Indies cricketers were jubilant as England lost their first wicket in their innings.

Earlier, Dottin drew praise for the last over she bowled against the White Ferns at Mount Maunganui. Prior to the game, Dottin didn’t bowl in a lot of games due to her shoulder injury. But skipper Stafanie Taylor entrusted her with the crucial over.

At first, she trapped a well-set Katey Martin in front. The batter used the DRS, but to no avail. Thereafter, Dottin got rid of Jess Kerr, who was also going all guns blazing. In the penultimate ball of the innings, she ran out 17-year-old Fran Jones at the non-striker’s end to bring the curtains down on the game.

It was also West Indies maiden victory against New Zealand in Women’s ODIs in the latter’s backyard. Dottin can also hit the ball a country mile and when she connects, the ball goes deep into the stands. She is also one of the three West Indies batters with tons in Women’s World Cups along with Taylor and Hayley Matthews.