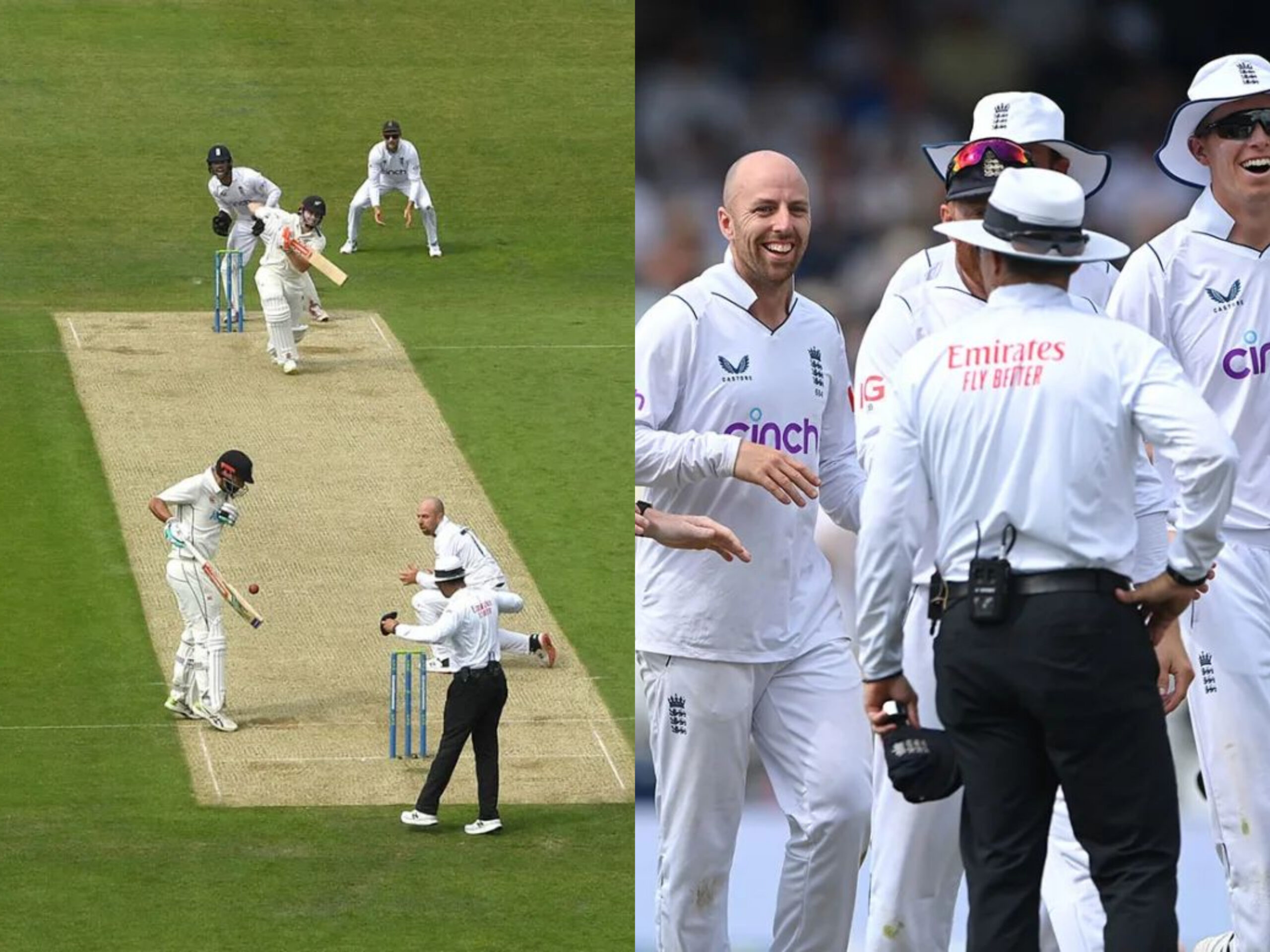 Kiwi batter Henry Nicholls was the victim of one of the strangest dismissals ever seen in cricket. In the third and final Test between England and New Zealand at Headingley, England spinner Jack Leach claimed an unexpected wicket when the ball bounced off the bat of the non-striker, and landed plumb in the hands of the fielder at cover.

Nicholls had spent a long time at the crease for his scrachy innings of 19. He and Daryl Mitchell had just started to rebuild after the wicket of Devon Conway, which had left them wobbling at 83-4, and the two had added a 40-run partnership. The Kiwis were always on the backfoot after they lost Tom Latham to Stuart Broad for a duck in the first over, and the England seamers kept them from building any convincing stands.

On his 99th ball at the crease, Nicholls confidently stepped out to the pitch of the ball, and drove it down the ground. In an ideal world, it should’ve shot past the bowler and resulted in a boundary. Mitchell skipped out of the way, but the ball struck the dead centre of his bat and ballooned back in the air. Alex Lees was alert at cover, and snapped up the catch.

‘Sacrilege to keep him out of playing XI for too long’ – Prasidh Krishna gets Shreyas Iyer for a duck in tour game, Twitter reacts
WATCH: Yash Dubey copies Rahul’s celebration after century in Ranji finals