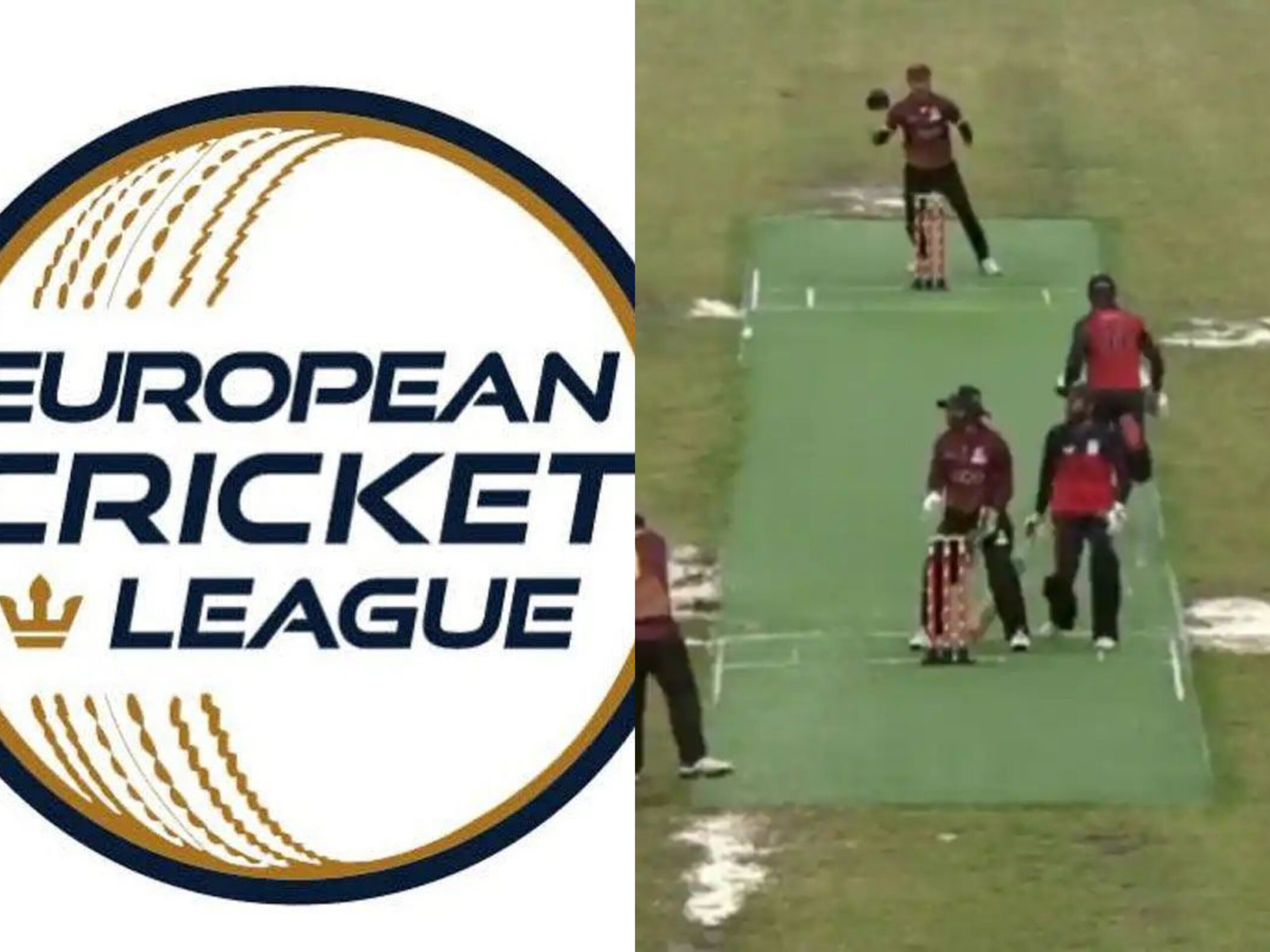 A clip from a match in the European Cricket League has been going viral on social media. In the video uploaded by the ECC’s Twitter handle last night, a comedy of errors saw a batting pair steal three runs off a ball that had only traveled as far as the wicketkeeper.

They ran three to the keeper.

The match took place on Wednesday between Prague Barbarians and Vinohrady. Players in the ECC are usually amateurs, but even so their antics on the field were nothing short of hilarious.

The batter on strike came down the pitch, but missed the ball by quite a margin. The keeper didn’t collect cleanly, so he took off for the run. Eventually he scrambled to pick it up and put in a throw to the non-striker’s end – and now it was the bowler’s turn to fumble. By then the batters had turned back for a second.

Another player arrived to back up the stumps at the striker’s end, because the wicketkeeper had crossed the pitch. He did one better than the rest and missed the ball completely, and the batters realised the third run was on. The ball rolled through his hands, between his legs and was finally collected by a fourth player was backing him up.