WATCH: Mohammed Shami gets Pujara for a duck in warm-up game, apologises 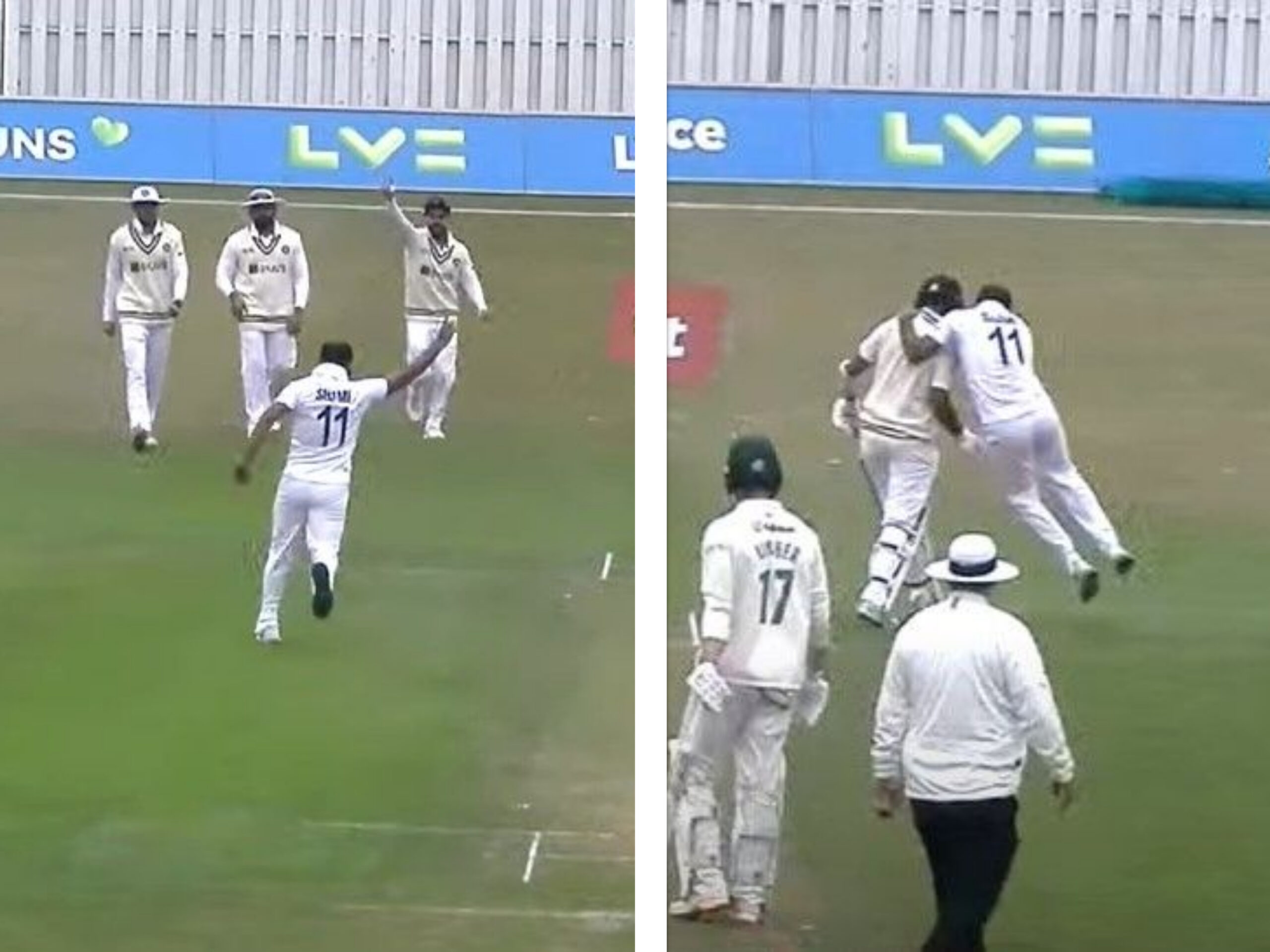 Today is day two of the warm-up game between Leicestershire and India, and the BCCI XI declared overnight at 246-8. Mohammed Shami was the star of today’s play, bowling accurately and lethally with the new ball as he is often wont to do. He took two wickets early on, removing Leicestershire captain Sam Evans and India teammate Cheteshwar Pujara.

Mohammad Shami picks Cheteshwar Pujara in the warm up game and later apologise for it. pic.twitter.com/3mQRoYE6U2

Shami was breathing fire with the new ball. He bowled a lovely outswinger to Chris Evans, who brought down his bat to defend but only ended up edging to Kohli at first slip. After an uncomfortable 22-ball stay at the crease, he had to depart having contirbuted only 1.

Pujara was the next batter in, and he only lasted six balls without troubling the scorers. There was slight movement on Shami’s back-of-the-length delivery, but Pujara couldn’t pick the line, and chopped on to his stumps. Shami took off in celebration, and as Pujara was walking back to the pitch, gave his India teammate a conciliatory hug.

Pujara began his county stint with Sussex in April, and to say that he has been prolific would be an understatement. He has dominated the league, with two double tons and two hundreds in his five games. Pujara is the fourth highest run-scorer of the championship season so far, despite having appeared in at least once match less than the others, averaging 120 with a whopping 720 runs already under his belt.

WATCH: Yash Dubey copies Rahul’s celebration after century in Ranji finals
‘You have to be realistic with your targets’ – Murali Vijay to appear in the TNPL after two-year break from cricket