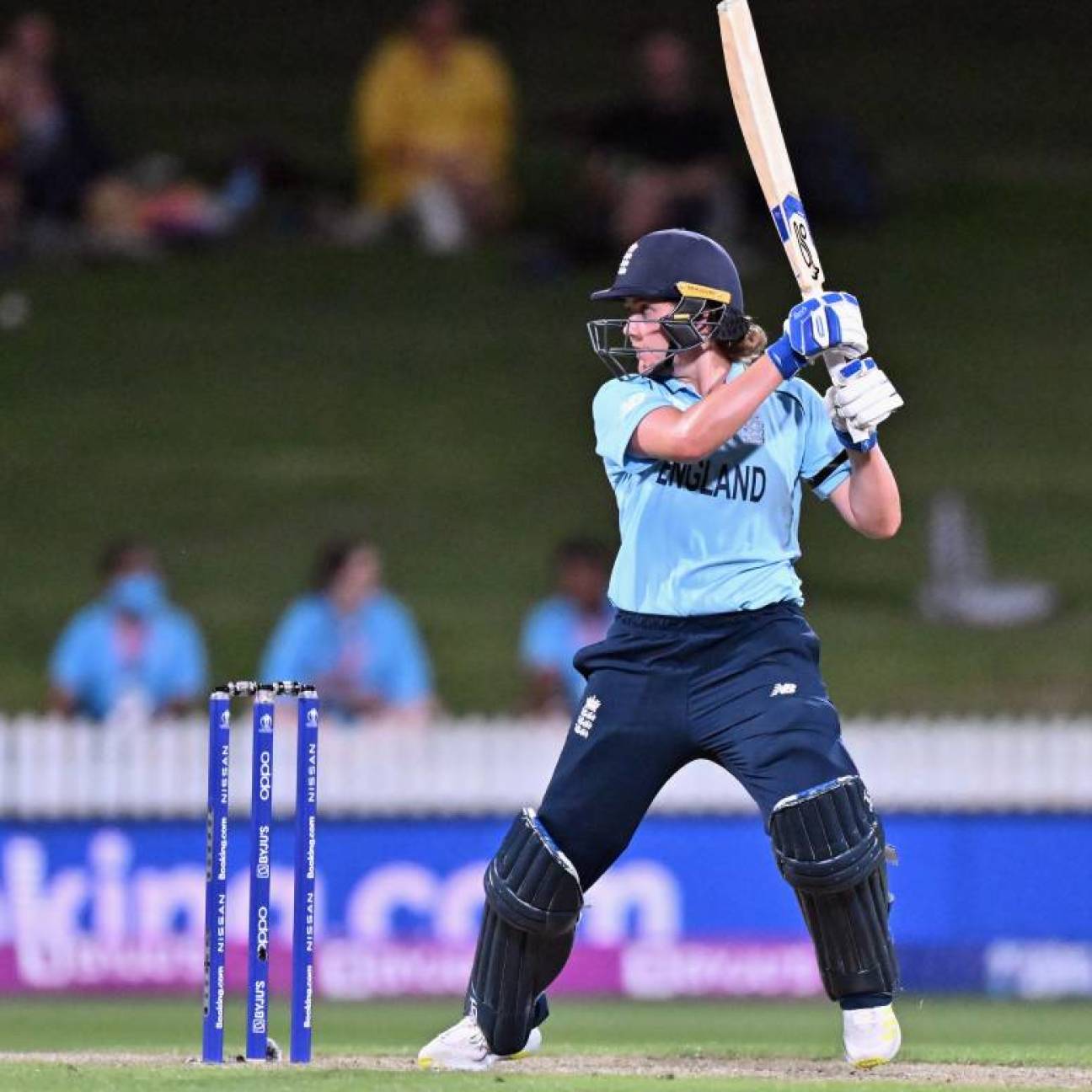 England batter Nat Sciver fell to a strange dismissal in the game between England and New Zealand today, in the group stage of the Women’s World Cup 2022.

England were already struggling at Mount Maunganui, reduced to 19/2 in the first innings. Sciver and Tammy Beaumont looked cautious for afew overs, trying to hold the shaky top-order together. But their hard work was soon undone; Masabata Klaas, in the first over of her spell, bowled a back-of-length delivery to Sciver. When the freak ball pitched up around Sciver’s rib-cage, she tried to counter it with a pull. The ball appeared to brush her body, and lob off the back of her bat before landing in the Trisha Chetty’s gloves.

This is England’s third league stage game of the World Cup. They managed to put on a target of 235, but will be disappointed with their efforts so far in the tournament. England Women have lost both of their fixtures so far, against West Indies and Australia, and are currently at seventh position on the points table.