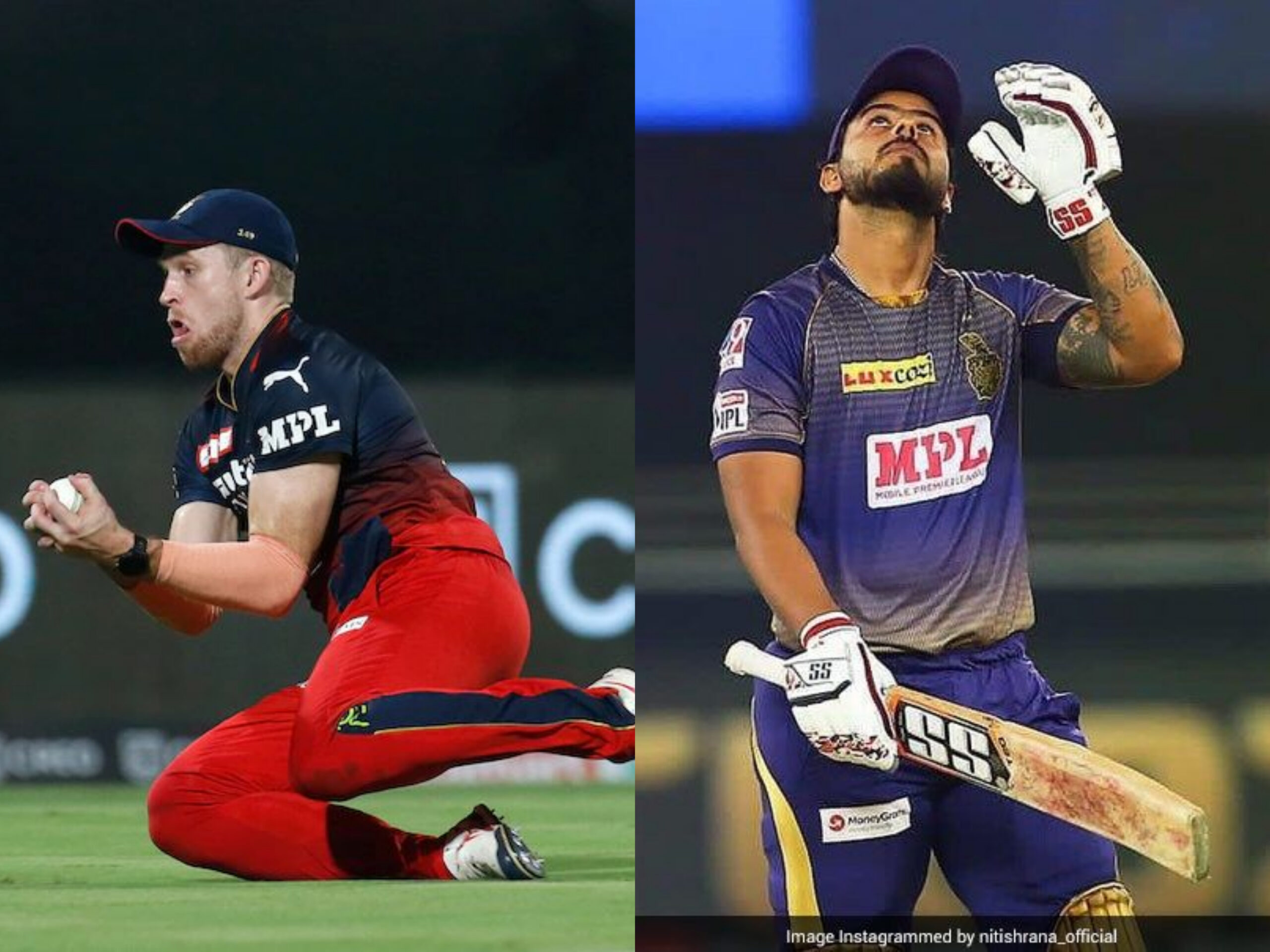 RCB’s David Willey took a an extraordinary catch to dismiss Kolkata Knight Riders’ batter Nitish Rana. Akash Deep, who made his IPL debut for Royal Challengers Bangalore this season, bowled a shortish length to Rana, who heaved and miscued a pull. It took his top edge and he ended up splicing the ball high into the air on the leg side. Willey ran in from a fair distance and took a brilliant diving catch to remove Rana. The batter had to depart, having contributed 10 from 5 balls.

KKR put on a first innings total of 128, after they were sent in to bat first at DY Patil Stadium. None of their top six managed to cross scores of fifteen. Nitish Rana and skipper Shreyas Iyer both hit their balls for boundaries, but couldn’t go on despite looking in decent touch. RCB’s bowlers were potent and menacing throughout.

Sri Lankan Wanindu Hasaranga , another player who made a successful RCB debut this season after they bought him for 10.75 crores at the auction, took an excellent 4-wicket haul. He ended the match the pick of the bowlers, and the new Purple Cap holder, with figures of 4-20.

Harshal Patel was superb as well, picking up two wickets – the important one of Andre Russell, the only KKR batter who was looking dangerous. The batters simply couldn’t pick him, and conceded just 11 runs from his spell having bowled two maiden overs, one of them a wicket maiden to Russell.

Akash Deep took three outstanding wickets, though he was slightly expensive. Willey himself didn’t pick up a wicket, but bowled two tight overs that went for only 7 runs altogether.

‘Sure you don’t want to captain one more season so I can play under you?’ – CSK opener Devon Conway to MS Dhoni
WATCH: Suresh Raina dedicates a Tamil song to thala MS Dhoni, fans in awe