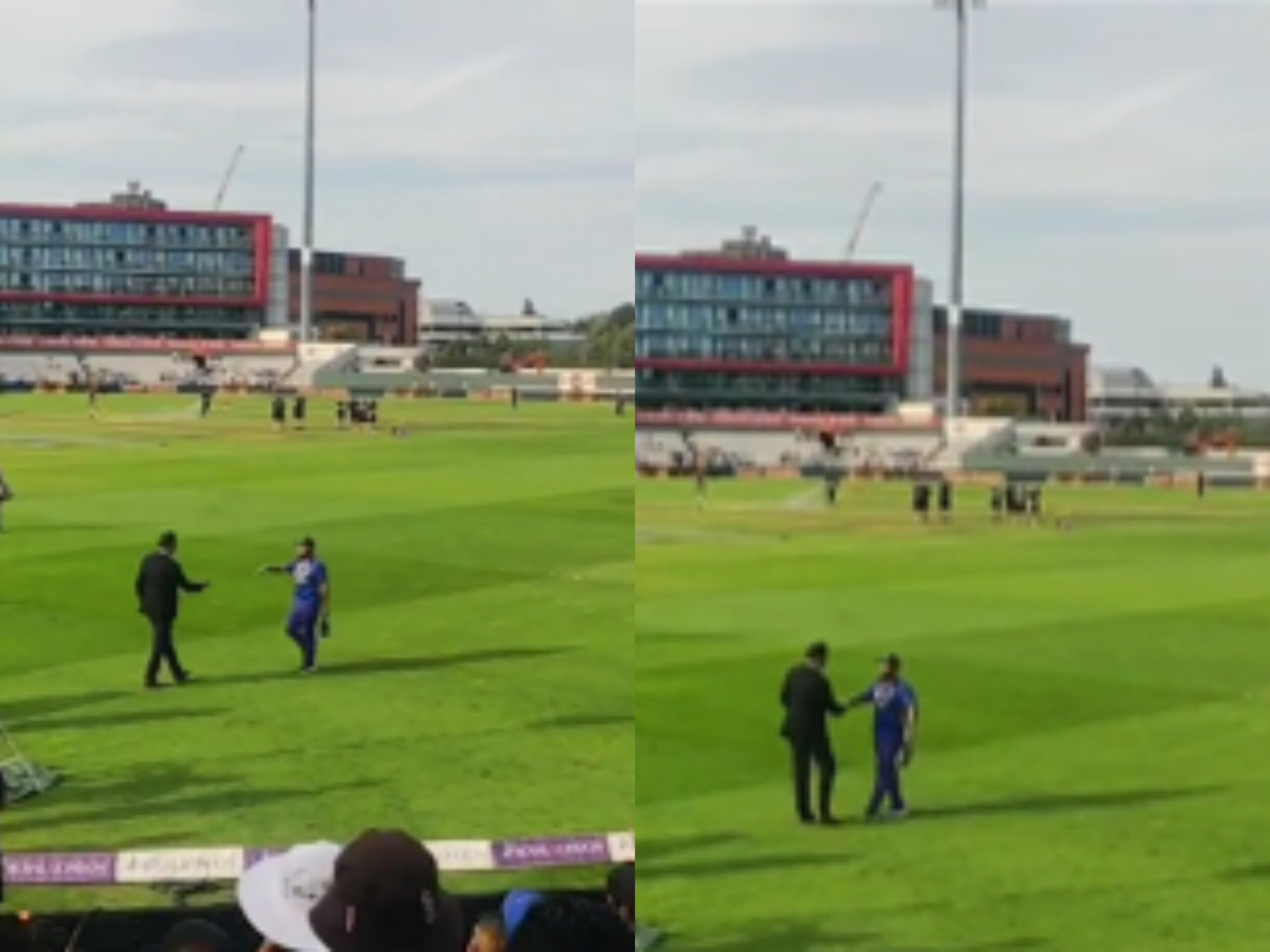 A video from the post-match ceremony at the conclusion of the third ODI between India and England has gone viral. A fan spotted Rishabh Pant, who was awarded player-of-the-match for his maiden ODI century, offering his champagne to former coach and cricketing icon Ravi Shastri.

Pant scored 125 off 113 balls at a strike-rate of 110, remaining undefeated as he slashed sixteen fours and two sixes. He and Hardik Pandya, who scored 77 in addition to taking four wickets, rescued India from their troubling position of 77-4 with a century partnership. India won the match and the series 2-1.

This knock is a continuance from Pant’s surge of form since he arrived in England. He scored a ton at the rescheduled Edgbaston Test too, which India lost by seven wickets as England made short work of the final innings total of 378.

At the presentation, Pant said, “Hopefully I remember (this knock) for the rest of my life. I was focusing on one ball at a time when I was batting. When your team is under pressure and you bat like that .. something I aspire to do. I always enjoy playing in England, at the same time enjoy the atmosphere and the situation.”

Pant, who has played 27 ODIs so far, is still only 24 and has already played some career-defining, unforgettable knocks. He said, “The more you play the more experience you gain. Nothing to take away from the bowlers, it was a good wicket to bat on and the bowlers did a commendable job to restrict them, they were brilliant not only today but for the entire series,” he added.

‘If you want to enjoy, then finish the match first’ – Hardik Pandya to Rishabh Pant during their match-winning century stand
WATCH: Jhulan Goswami bowls to KL Rahul in the nets