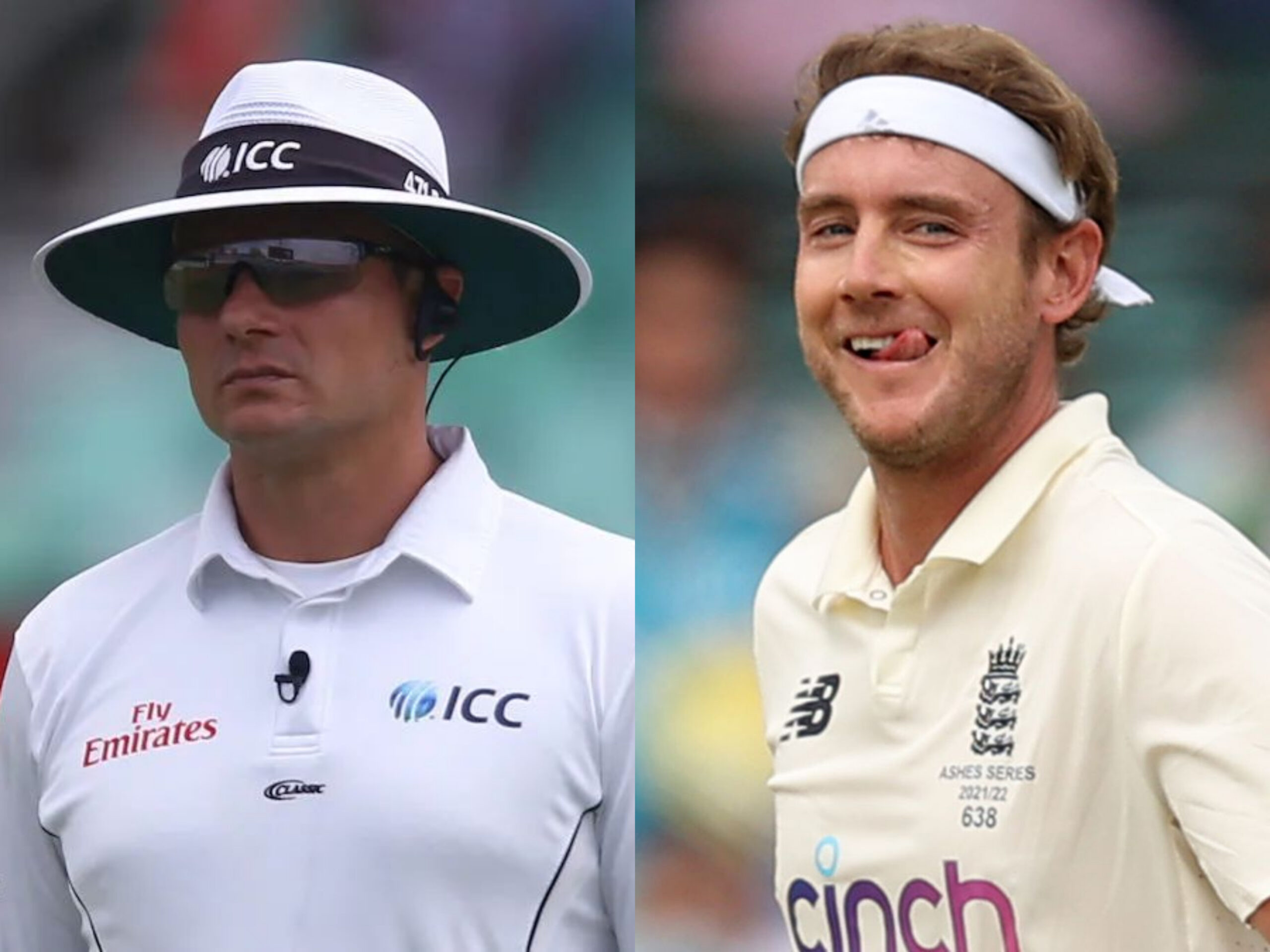 A hilarious exchange between umpire Richard Kettleborough and England bowler Stuart Broad was captured on the stump mic during day four of the Edgbaston Test yesterday. The umpire could be heard telling Broad to ‘get on with the batting and shut up!’