WATCH: Virat Kohli engages in high-endurance training while wearing a high-altitude mask ahead of the India-Pakistan game on Sunday 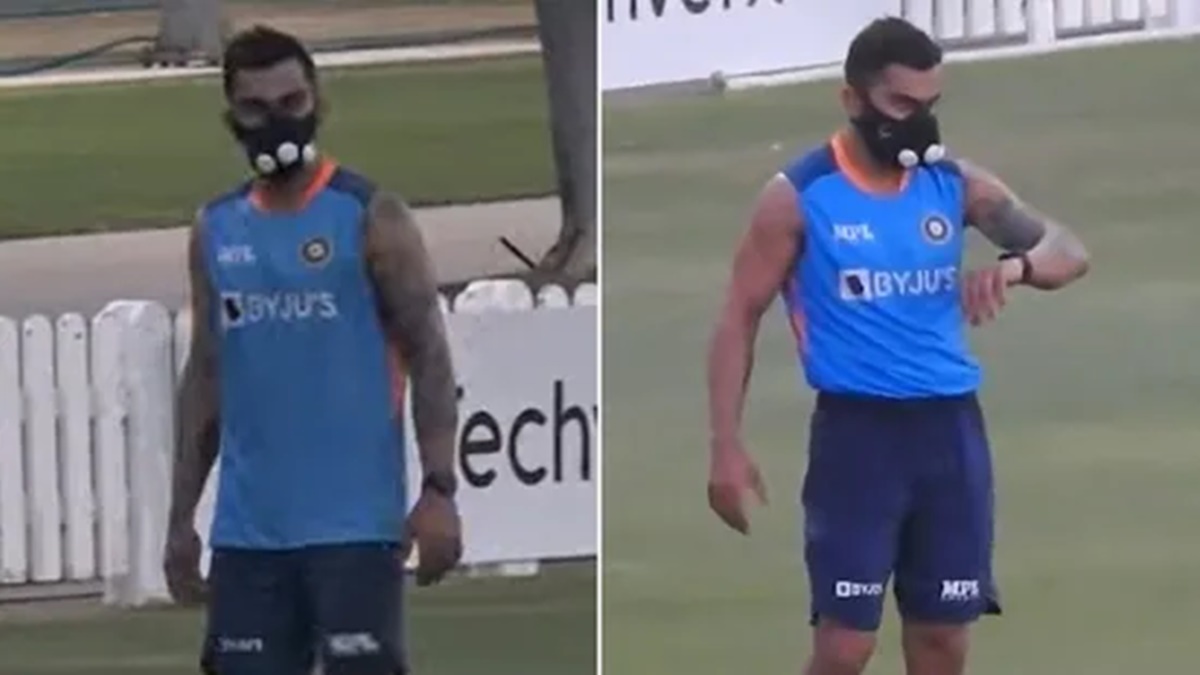 Virat Kohli, who once captained the Indian cricket team, has a long history of attracting media attention thanks to his prominent career as a cricket player. He said that he was going through a rough patch emotionally and that being away from the sport for approximately a month helped him get back on track in preparation for the Asia Cup, which is now underway. The first few games he played in the group stages were against Pakistan and Hong Kong, when he scored 35 and 59 runs, respectively. He also seemed to be a different batter during those games.

Team India put in a grueling workout in Dubai on Friday in preparation for their Super Four match against their bitter rivals Pakistan on Sunday. It was interesting to notice that the previous captain, Virat Kohli, was spotted wearing a high-altitude mask when he was performing sprints inside the arena. During the intense exercise which took place on Friday evening with the team, the participant needs a mask.

Virat Kohli is getting ready for the India-Pakistan game

Virat Kohli gives his pre-match workouts the serious attention they need. Even before India’s first match against Pakistan, he put a lot of effort into improving his batting and kept himself occupied. However, regardless of all of this, his supporters and the whole country of India will be rooting for him to have a breakout performance at the currently happening Asia Cup and to reclaim his fluent form.

The team that will compete in the Super Four round was decided on Friday after Pakistan’s dominating victory against Hong Kong by 155 runs. Now, India, Pakistan, Sri Lanka, and Afghanistan will compete against one another to see who will earn the title of Asian Champion. The last set of the tournament will take place on September 11.

As a result of the fact that they will be participating in three matches within a span of five days, Team India is going to have a very busy schedule ahead of them. They will first go up against Pakistan on September 4 and then go up against Sri Lanka and Afghanistan after that. The top two teams from the Super Four round will advance to the championship game, which will take place the following Sunday. Rohit Sharma and his teammates will be looking to retain their crown.