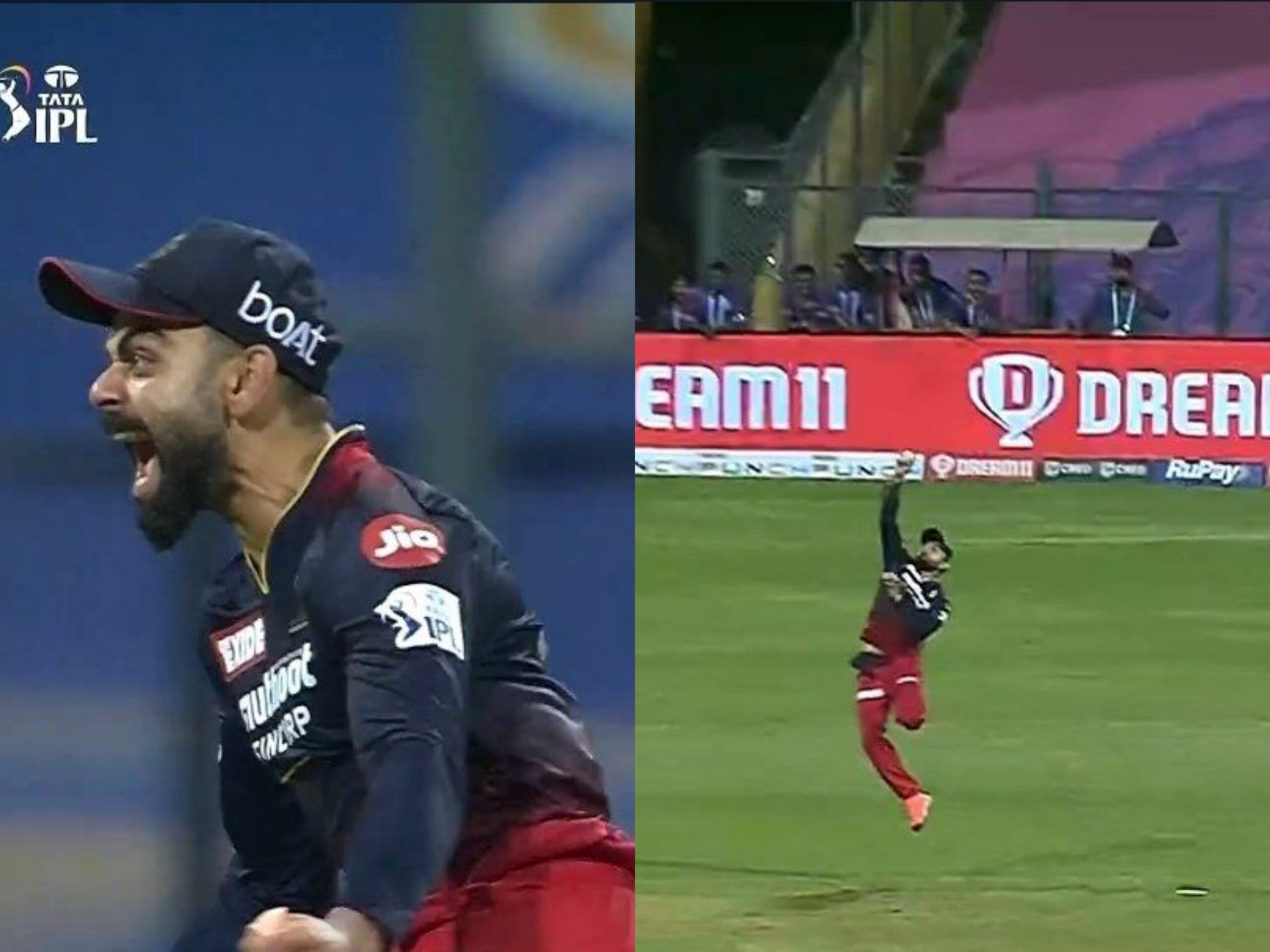 Siraj was up bowling the 17th, and the short wide delivery was pulled by Pant for 6. RCB needed him out. Siraj fluffed his length again and ended up bowling a knee-high full toss to Pant, who played a hoick over cover before promptly falling over. While the shot had enough power to get to the fence, it didn’t have the height.

Virat Kohli had a split second to react. He leapt high and plucked the ball out of the air with his right hand. According to the post-match analysis, the catch was taken 7.5 feet above the ground. His jump was timed to perfection; it was an act of precision and balance, and all the more remarkable when you consider how fast the ball had traveled off the bat.

At the end of the 16th over, DC were five wickets down with 135 in on the board in pursuit of 190. They needed 56 runs from the 24 balls, and it didn’t look impossible with the way Rishabh Pant had been batting. Before the start of the 16th, he had smacked Wanindu Hasarange for 12 runs, including a four a six, and that over had run away for 19 runs. At that point he had scored 26 off 14 balls, and already hit three fours and a six. Needless to say RCB were getting a little nervous. But Pant’s wicket was a game changer; he was the last recognised batter and his dismissal swung the game irreversibly in RCB’s favour.

Pant’s wicket reduced DC to 142 for five, and spelled the end of their hopes. Shardul Thakur and Axar Patel, DC’s tailenders-turned-heroes from the previous game, couldn’t recreate the same magic under pressure. In the end it turned out to be quite a one-sided contest,with no other contributions from DC batters besides David Warner’s 66(34), and Pant.

The crowd erupted in Wankhede, and on Twitter as well.

What a grab it was from King Kohli.! Absolute stunner one.!

Crowd is going crazy for Kohli due to just one stunning catch, bro please score score in few innings too. Let this crowd feel good 😭🙏

Three things DC can do to beat RCB
Hardik Pandya not playing against Chennai Super Kings, GT vice-captain reveals why