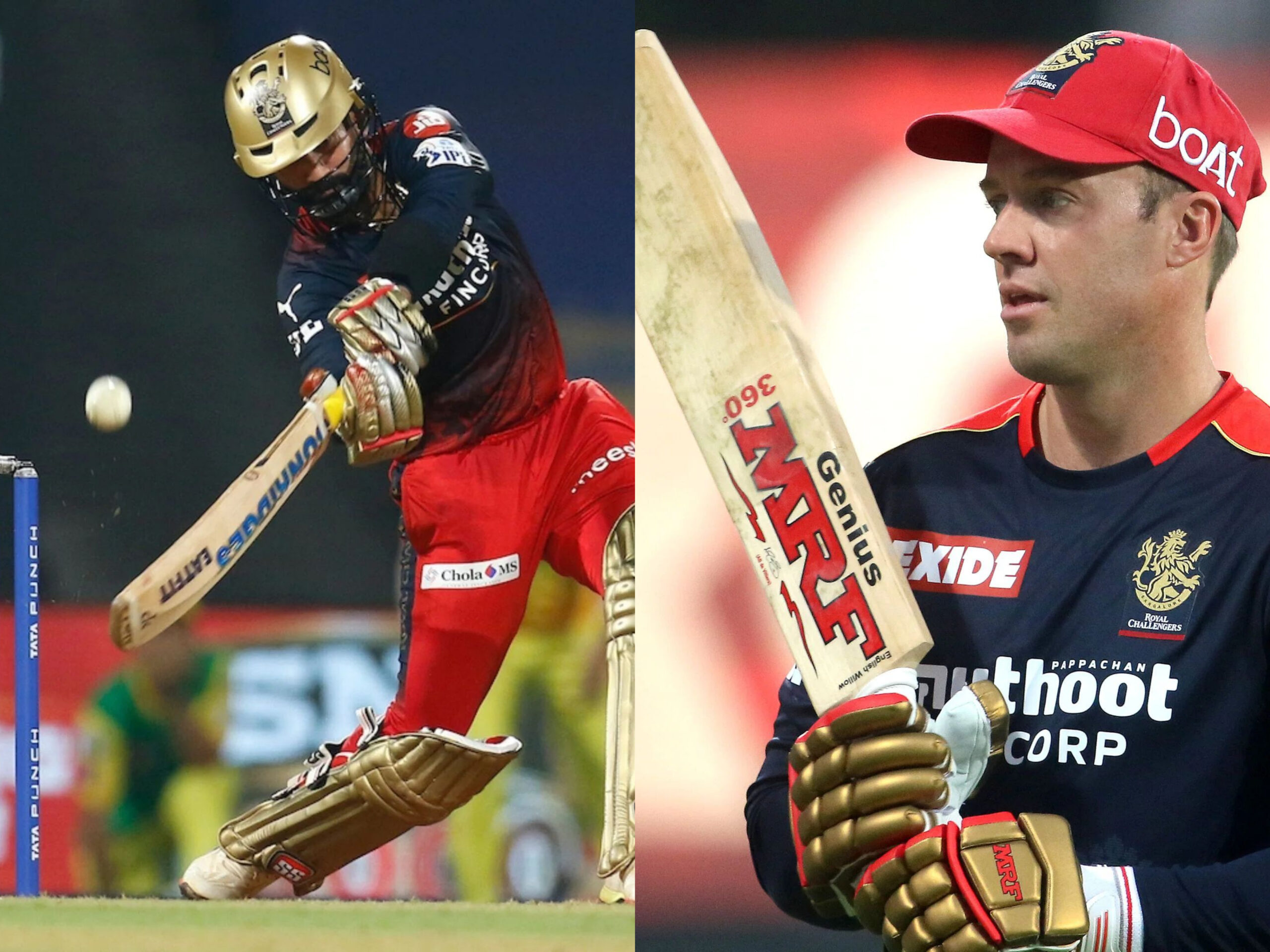 AB de Villiers has shared his opinion on the Royal Challengers Bangalore’s latest batting hero, Dinesh Karthik. The South African batting legend played for RCB for eleven years before deciding to call time on his career in November last year, after IPL 14 concluded in the U.A.E. But their new wicket-keeper has ensured that RCB hasn’t felt the absence of de Villiers very little, if at all.

Dinesh Karthik has 197 runs from six innings so far, and remained undefeated in five of those. He averages 197 while batting an an unbelievable strikerate of 209.5. He’s helped RCB pull off two unlikely wins, most notably against the Rajasthan Royals when his 44 not out from 23 balls took his side home after a middle order collapse, and recently he made his top score of the tournament against Delhi Capitals. His 66 off 34 balls after he walked in at 92 for 5 took RCB to a formidable 189-run total, and they beat DC by 16 runs.

AB de Villiers is thrilled by DK’s confidence and intent. Speaking on VUSport’s livestream, he said, ‘DK has already won two or three games for RCB, he’s in the form of his life. Don’t know where that comes from because hasn’t played much cricket lately. But he plays round the wicket, 360 degrees.’ Smiling, de Villiers added, ‘Watching him play makes me feel like I want to go back and play cricket again! He’s got plenty of experience, plays well under pressure and if he keeps up the form, RCB’s going a long way in the tournament.’

Only on one occasion so far has DK been unable to finish a game for his side. Chasing CSK’s 216, DK made 34 off 14 that threatened to take the game away from the defending champions. He was dismissed eventually, but it took the combined efforts of Dwayne Bravo, the IPL’s leading wicket-taker and an excellent catch on the edge of the boundary rope by Ravindra Jadeja, India’s best fielder.

While de Villiers has always been aware of DK’s ability as a batter, he was quite surprised by the batter’s unstoppable run of form. He explained, ‘I didn’t expect this from him, incredibly surprised. I’ve always known that he’s very capable, liked the nitty gritty and high pressure. He’s a busy player at wicket.’ de Villiers continued, ‘It’s just that he hasn’t played a lot of cricket. He was commentating in UK, not much domestic cricket either. I thought that he was at the end of his playing days, finishing up with his career to be honest. He’s surprised us all, showing the kind of intent, energy and passion you can see from a country mile away.”

de Villiers is grateful that RCB have found such a swashbuckling finisher. ‘When a player plays with that kind of hunger especially with the skill that DK has got, he’s incredibly dangerous. We’re very lucky to have someone that experienced in the middle order.’

He also backs his former team as one of the favourites to win the title this year. ‘It’s a good start, we’re known as team that doesn’t start well in IPL. We’ve always been behind 8-ball and fought our way back from there. Looks like a really fresh start, there is calmness right through the team especially in the bowling. Faf’s captaincy skills, and now a good bowling attack makes the team look very organised.’

AB de Villiers was one of the pillars of RCB’s lineup, and an all-time IPL great. He has scored 5162 from 170 innings and is the fifth highest IPL run scrorer of all time. He averages 39 batting at a strike-rate of 151, far higher than the other top ten batters on the list, the closest being Gayle at 148.