Watford vs West Ham Betting Predictions; Where To Watch?

Watford vs West Ham will favour the visitors, who are the team higher up the table at present. 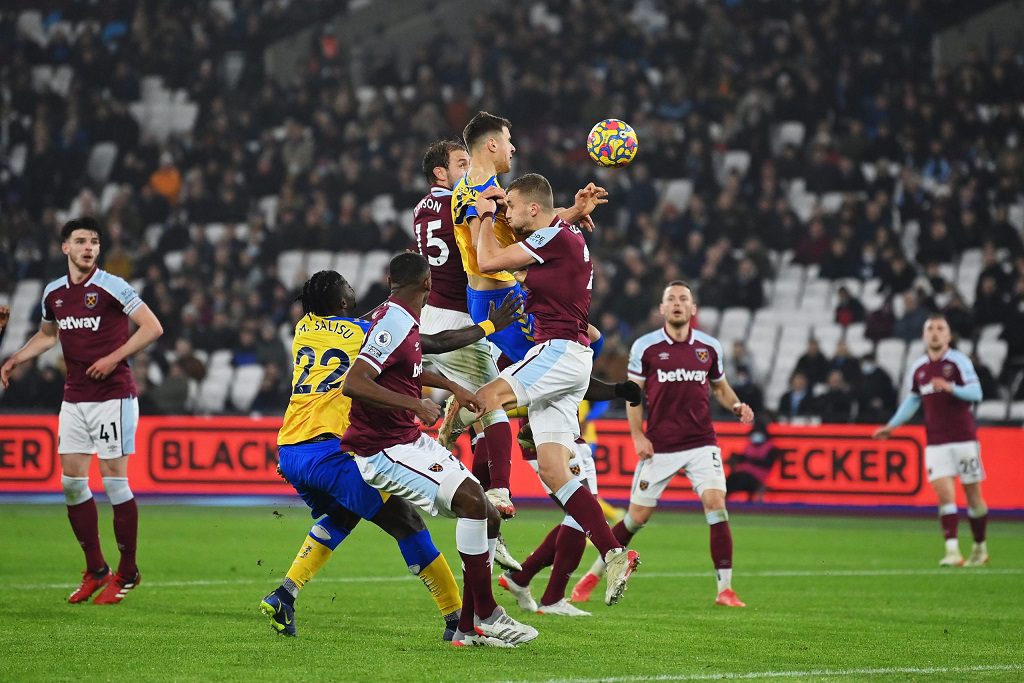 Watford vs West Ham, Where to watch?

Watford, on the other hand, has had the chance to rest several players who have been impacted by COVID-19 as well as injuries as a result of the club’s forced hiatus. Although Adam Masina and Ken Sema are expected to be fully fit and involved in the squad, other key players such as Nicolas Nkoulou, Francisco Sierralta, Peter Etebo, and goalkeeper Ben Foster are still out, as is Ismaila Sarr, who had scored just one goal under Claudio Ranieri before suffering a knee injury that will keep him out for several weeks.

Emmanuel Dennis, a Nigerian striker who has been one of the few bright spots for the home team this season, will start up front soon before departing for the Africa Nations Cup in Egypt early next month.

Michail Antonio returned to action on Sunday after recovering from a COVID-19 infection, and he made an instant impression by scoring only minutes after coming on as a half-time substitution. In his last eight Premier League outings, the West Ham striker had failed to register a single goal, but he is now expected to start, freeing up Jarrod Bowen to go back out wide.

Following the Hammers’ sluggish first-half performance the last time out, Manuel Lanzini was brought on to replace Pablo Fornals, and that substitution seems likely to be continued from the start of the game at Vicarage Road.

Craig Dawson, who joined the club from Watford last year, was exposed defensively but made significant contributions in the opposition’s area against Southampton. Despite this, he will continue to start in the back four owing to the continued absences of Kurt Zouma and Angelo Ogbonna.

Left-back Aaron Cresswell is also out injured, which means Arthur Masuaku might be maintained in the starting XI, while Ben Johnson is a candidate to fill in if necessary.

Although West Ham’s confidence was shattered once again on Boxing Day, their opponents have not maintained a clean sheet all season and are unlikely to do so now, given the inevitable rustiness that comes with a fortnight in cold storage.

Injuries have restricted the Irons’ effectiveness in recent weeks, but they should still be able to threaten a squad with such a fragile lineup – especially if Antonio can return to full health and form in the box.